Skip to content
Home » Topics » Digital Transformation » Disruptive Innovation » Cannibalise or be eaten, how to become a disruptor 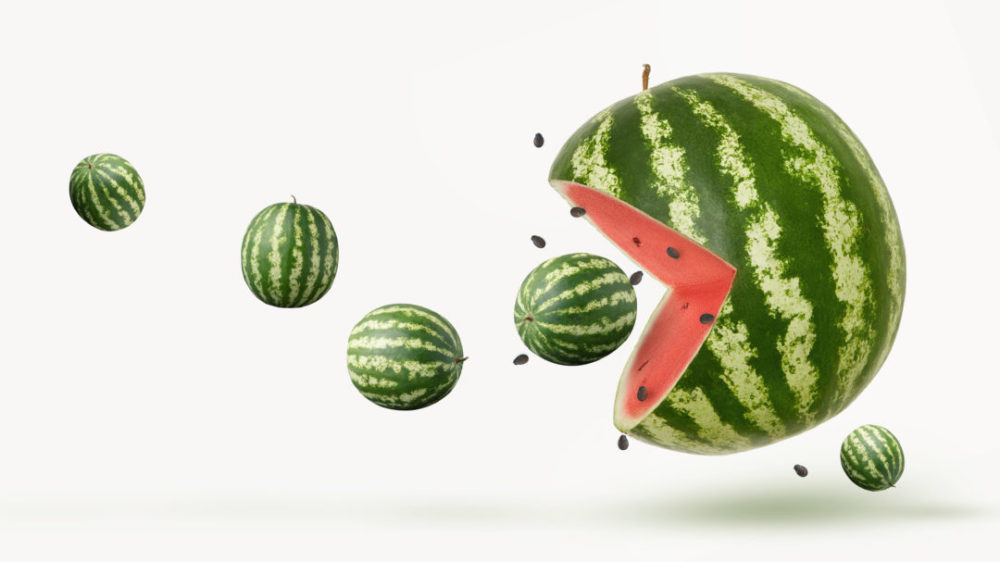 Not so long ago, the golden tip to business leaders was to keep to the business plan. Venture capitalists loved that advice: ‘Keep to the plan,’ or ‘don’t lose focus’. No doubt the word pivot was an anathema.  So what must companies do to become a disruptor?

Then the penny dropped, in the age of accelerating technology, the winners will be the ones that can adapt first, that there are no sacred cows, and if necessary, barbecue the business plan, and eat it rare, and tuck into the next idea in parallel. In short, every company trying to avoid such a fate must become a disruptor.

Part of the problem is that the internet has lowered the barrier to entry built on knowledge. If there was once a secret way to run a business, that secret escaped long ago.

Part of the problem may relate to economies of scale. Time was when you needed scale to be competitive, the assembly line, churning out thousands, even hundreds of thousands of the same product. Maybe AI, and additive manufacturing is changing that; barriers have not so much become lower, as flat as a document containing a one-page business plan.

Part of the problem may relate to IT legacy; employ lots of clever techies, build an IT infrastructure, get it working beautifully, and then watch with horror as something similar to the service you have spent oodles of cash developing in-house, becomes available on the cloud for a relatively modest monthly fee.
The economist Joseph Schumpeter was aware of the danger, although he saw it more as the natural machinations of the economic cycle and he called it ‘great gales of creative destruction’ – it was a tale of disruptive technology, before anyone was ready to understand it.

The Harvard professor, Clayton Christenson, got it; and his realisation led to him writing the story of innovators dilemma, a tale of how companies that do all the things that the text books, and oh so expensive advisors tell them to do, can go from market leader, to corporate graveyard in less time than it takes to study old school teachings that say the business plan is your bible.  Then again becoming a disruptor can be quick too.

McKinsey in warning to AI late adopters; academic says it’s the biggest issue of our time

For surviving disruptive technology, nothing is truly sacred, there is even danger in listening to your customer too much, as Clayton Christenson said: “The popular slogan ‘stay close to your customers’ appears not always to be robust advice.”

Blockbusters failed to get it; they were terrified that if they stopped fining customers for the late return of videos, they would cannibalise their product. Now we know, if you are unwilling to cannibalise your product you risk being eaten.  It was scared of disruption, instead it should have become a disruptor

In a recent interview with Information Age, Guy Kirkwood, Evangelist, at RPA company UiPath, put it this way: “There is a reason that Uber and Amazon have become verbs, no-one wants to get Ubered.”
He was making the case for Robotics Process Automation, but he could just as easily have said; “Disrupt or be disrupted,” it has a similar meaning.

The RPA market is exploding, RPA or robotic process automation, has moved up the Gartner hype cycle, and it is no longer ‘one day’ technology it is technology that is transforming business now, and UiPath sits in a comfortable position, it claims to be the fastest enterprise software company in history, and we spoke to Guy Kirkwood, its chief evangeliser

But what can a company really do to become a disruptor?

How can they avoid suffering a Kodak moment?

Gordon Cullum, chief technology officer at Mastek has some practical ideas: “A key strategy of corporate innovation is the implementation of a separate innovation unit which operates independently from an organisation’s main ventures. Through the formal processes of crowdsourced idea capture, idea generation, cultivation and transition, the independent organisation can work solely to establish a required culture and identify a relevant target market for innovation.“

He also recommends, “keeping innovation at the centre of an organisation’s DNA.”

He adds: “While it might seem like looking at disruptive ideas solely from the perspective of the customer is substantial enough, it is just as important to promote innovation at all levels within an organisation. By developing an innovation governance model with clear responsibilities and accountabilities, organisations can successfully focus their efforts and investments on discovering brand new areas of play.

“Another way of introducing fresh ideas into an organisation is to capitalise on the unique, non-indoctrinated thinking of the new workforce coming through academic institutions. Graduate Development Programmes are high on the agenda for many technology companies as they provide people with the tools and platforms needed to pursue a career in the IT industry. In a bid to ‘create and nurture’ millennial talent, graduate programmes are enabling the tech innovators of tomorrow to develop key skills that are vital for the continued growth of the industry.”

Or, you can put it another way, As Guy Rigby, Head of Entrepreneurial Services at accountancy firm Smith & Williamson, once told the author: “if it isn’t broken, break it.”