Skip to content
Home » Mobile Apps » Do wearables represent the end of the screen era and the start of a cyborg future?

Do wearables represent the end of the screen era and the start of a cyborg future? 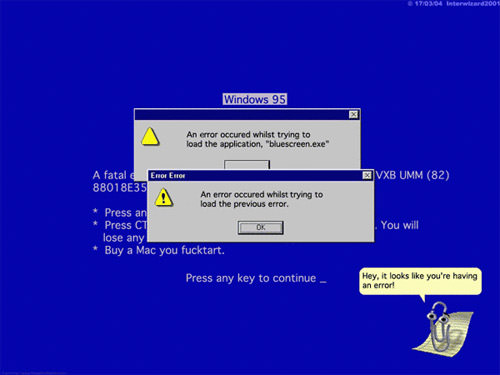 Judging by the investments made in wearable technologies over the last couple of years – Google leading a massive $542 million round into Magic Leap and Facebook buying Oculus Rift for a staggering $2 billion – it would appear that some of the tech world’s most forward-thinking minds are staking at least part of their fortunes on a significant change in the way that we interact with technology.

Anyone with a Fitbit or Apple Watch would tell you that there has been a transition in technology that we wear rather than technology that we carry. And yet, despite these headline-grabbing investments, the adoption of wearables has been slower than was originally predicted.

> See also: How to create a wearable tech network to drive the business value of data

In part, this is because wearables today tend to carry out just one individual task well, whether that’s counting the number of steps we take or monitoring our heart rate. Even if one device can do two things well, it is still limited, still working in a silo, and still proving a distraction in our everyday lives.

Wearable technology is only at the very beginning of what will be a massive shift in the way we interact with technology. Because of this, we feel as though technology is taking over our lives, but in truth we are still at the first stage of connecting computers with ourselves.

Think of a virtual reality headset, for example. For many, it brings to mind a ‘cyborg’ vision of the future. What happens to us when we are wearing the headset? Are we plunged into a different, digital world where we lose touch with real human interaction? Likely not, but the fears are understandable.

What we need to do is take the leap from seeing ourselves at the mercy of storming technical innovation and instead envision an environment in which we manipulate technology to quietly serve our needs naturally and intuitively.

Handled with care, omnipresent wearables could perform multiple tasks quickly and silently, so while they are still a part of our lives, we have firmly put them in the background to allow us to focus on what is important to us as human beings.

Whether we are interacting with VR headsets or smart watches, the better the interface, the less distracting the technology is in our lives. New interfaces are being designed to respond to what we are doing in the real world and eventually these will be smart enough to understand what we are looking at, thinking about, and what we plan to do next.

It is not unthinkable that over the next decade a wearable device will be designed to read our biological signals to the extent that, for example, it can warn us to take a break if we are too tired while driving.

Or, a search engine connected to us through a wearable device will pre-empt our thought patterns and deliver information that is pertinent to what we are working on, or the task we are carrying out, at that exact moment. Instead of distracting us, these actions will become spontaneous, supporting us, making us more focused and efficient, and ultimately saving us precious time.

And don’t underestimate the importance of saving time. It is one of the reasons that wearables will ultimately succeed. Why? Because as applications for watches, glasses and other wearables develop into the mainstream, it will quickly become obvious that they are easier and more time efficient to use.

Similar to eyewear, a watch is simple to access and positioned for instant convenience, but a phone has to be taken out of a pocket or located in a handbag or purse before the appropriate app can even be opened.

> See also: Not all wearables are created equal: how to design a wearable security strategy for the new ecosystem

Saving time and ease of use is everything – it is the reason that the introduction of the Graphical User Interface back in the 1980’s turned computing on its head. Suddenly the technology made sense because a real desktop was virtually represented on the screen.

We were able to connect our analogue mental models of information organisation and interaction with technology. Processes that we’d previously carried out manually suddenly became faster and more efficient.

Wearables have the potential to bring together the computing power we rely on in our connected world with unprecedented ease of use and instant interaction. Forget the cyborg vision of the future – we are on the cusp of developments that are much more subtle; more in tune with our human instincts so that with a flick of the wrist or a blink of the eye we can both summon and dismiss technology to suit our will and our individual requirements. Always on, always ready, but only at our command.

Wearables in the arts: ready to take centre stage?

The buzz around wearable tech just keeps getting louder. Forecasters estimate we will see adoption at an annual compound rate of 35% over the next five years, with anywhere from 148 million to 200 million units shipped by 2019.

So what does that mean for the arts? A recent study by Carnegie Mellon University in the US looked at how wearables are being used by the creative industries now, and considers how they’re likely to be used in the not-too-distant future.

Many of the predictions gel pretty neatly with the kinds of queries we’re taking each week from arts organisations about the possibilities of wearable tech.

Take smart glasses for example. Google Glass may be currently on hiatus, but in the arts industry smart specs are still generating loads of interest.

Glass was used for media and entertainment purposes 54% of the time in field trials, so the arts could well be the place where smart glasses find their most enthusiastic early adopters.

Smart glasses hold the promise of accelerating the shift towards a truly digital box office. Imagine if you could equip front-of-house staff with smart glasses at multiple points in the foyer to cut CoBO queues and use facial recognition technology, barcodes or QR codes to make checking in really simple? It could be a complete game changer. The first brave theatre team just needs to take the leap.

Look to other sectors and it’s already happening. Virgin Atlantic recently experimented with Google Glass as an alternative to airport check-in desks. It allowed staff to access all the information they needed to about a passenger’s booking, freeing them up to provide more attentive service. The response from customers was overwhelmingly positive.

The next step would be to imagine a CRM app for smart glasses which discreetly displays sophisticated customer insights (e.g. donor status, genre preferences, frequency of attendance) right in front of the front-of-house staff’s eyes. It could spur the development of new techniques for improving service and deepen the relationship with customers.

Glasses aren’t the only wearable format of course. What if you could have real-time ticket sale data, ROI reports and email marketing stats delivered to a screen on your wrist?

Salesforce, the cloud based CRM platform, is already making this possible by making its enterprise software accessible via an app for the Apple Watch. It allows users to access data, request reports by voice, and respond to notifications with a few taps on the wrist.

With more enterprise apps on the horizon for Apple Watch, the idea of using smartwatches to improve the way people work in the arts is intriguing.

Smartphone users are already using cloud apps on their devices to stay on top of emails when they’re out and about, so the transition to doing the same thing on a small wearable device doesn’t seem so farfetched.

Salesforce says that its app “bridges the last mile between insight and action”. Extend that idea to the box office and it’s not hard to imagine a CRM app on your watch could help marketing, Front-of-house and fundraising teams react quickly to notifications and demand signals as they happen in real time.

Notifications could alert a team when something important happens, like a sold-out show or a milestone in a fundraising goal. Access to key stats could enable a faster reaction to data in real time, such as the number of open opportunities in a fundraising pipeline. Access to stats could be far easier with a single swipe or voice command.

Used in tandem with iBeacon technology, businesses could market extra services or products to customers, or ask them for feedback on a specific aspect of the venue or service, based on where they are in or around your building.

Front-of-house teams could use smart watches instead of a radio when dealing with customer issues and potentially broadcasting sensitive information, for example VIPs, major donors or people with access needs.

It might also be useful for venue management by pushing notifications to your watch to let you know how seats are filling up in the auditorium, for instance.

A Google Glass-wearing digital box office team could, meanwhile, make check-in even easier by helping customers ‘tap in’ when they arrive at the venue.

When it comes to actually making this a reality, software suppliers that want to adapt their arts CRM and box office software for wearable devices would need a reliable cloud infrastructure first.

>See also: The next customer frontier: how wearables are going mainstream in retail

Making the most of these opportunities will require a massive shift in perception and changes to infrastructure. Bandwidth in general needs to increase and arts venues need to invest in reliable in-house WiFi – none of which comes cheap.

Even if IT systems in the arts sector are brought up to speed, adoption of wearable technology still has a long way to go. But it’s important that arts organisations begin to prepare now for a sudden shift in acceptance.

A recent incident on Broadway showed just how much theatregoers’ behaviour has already been altered by the arrival of new, personal technology. Looking further ahead, what if a brain-sensing wearable could allow gallery goers to get inside the minds of curators to create a brain-based dialogue on new installations? Ready or not, it’s coming.