Skip to content
Home » Topics » AI & Machine Learning » The droids you’re looking for: the AI tech that will make up the intelligent enterprise

The droids you’re looking for: the AI tech that will make up the intelligent enterprise 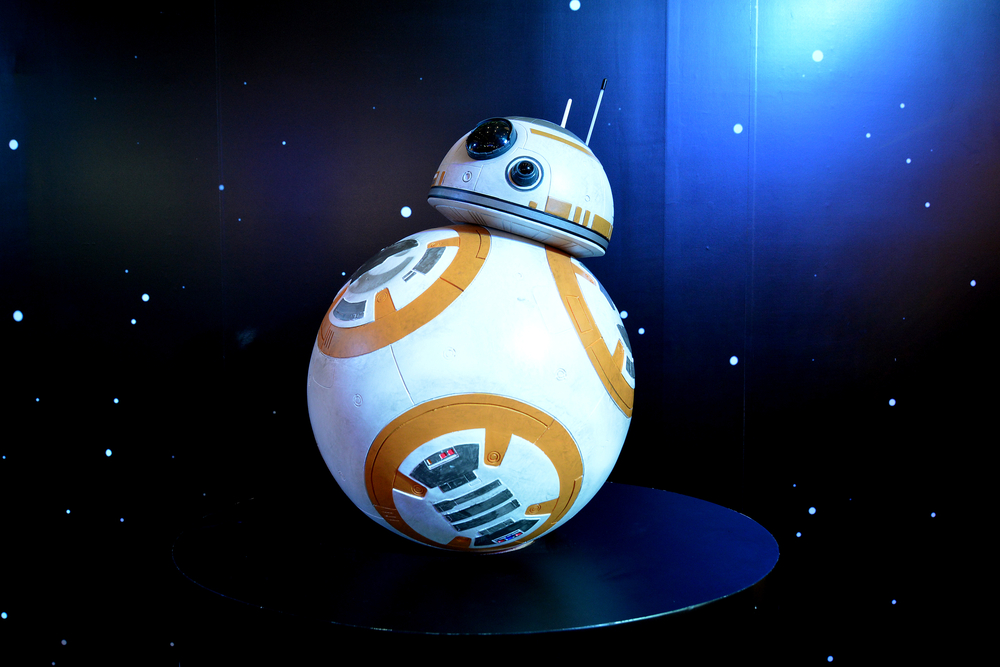 The seventh Star Wars instalment 'The Force Awakens,' stormed the world at the end of 2015, nearly four decades since the first film made human and droid characters part of our popular consciousness.

With the familiarity of C-3PO, R2-D2 and newcomer BB-8, many have become attached to the concepts of robotics and artificial intelligence. While the next few years are unlikely to produce robots able to sense, respond and adapt to people and their emotions, we could see important steps in terms of AI adoption and the emergence of the intelligent enterprise.

AI for the enterprise

Recent Tractica research finds the market for enterprise AI systems will rise from $202.5 million in 2015 to $11.1 billion by 2024. In 2016, enterprises will undergo significant transformation as more applications are powered by AI; mainly due to advances in machine learning algorithms.

> See also: The intelligent enterprise: how businesses will use cognitive computing

As AI systems become more evidence-based in their decision-making abilities, their practicality also increases. Fields such as speech recognition, natural language processing, surveillance, fraud detection, and robotics are likely to be some of the prime beneficiaries.

As 'strong AI' applications develop, they will be able to do more than just support employees via traditional CRM, SFA and ERP systems. Some of these future AI systems may actually complete parts of an employee’s job.

In fact, machine learning algorithms may do those jobs more precisely than humans by eliminating one traditional stumbling block of enterprise software – the influence of human input on data quality.

Rather than undermining CRM systems with inaccurate data and the constraints of relational databases, the 'strong AI' frontier promises more accuracy and deeper insights.

AI is poised to make self-service faster and smarter, and will launch the next generation of intelligent virtual agents. Gartner predicts that by 2020, 85 percent of customer relationships will be managed without human interaction.

A new age of design

Enterprises will also need to invest in new non-visual design capabilities, such as Zero UI. As AI applications become mainstream, their interfaces will evolve to become voice, gesture and glance-powered.

Visual and touch screen will be replaced by haptic, ambient and automated interfaces, already evident in such consumer devices as Amazon Echo and Microsoft Kinect.

Cognitive computing will also hasten the demise of programmatic computing as computers will no longer rely on explicit coding to accomplish tasks but learn by adapting to natural spoken or written language.

What used to be the size of a master bedroom can now fit into a space equivalent to three pizza boxes. Today, Watson is powered by 28 cloud-based APIs, a number expected to climb by 50%t by the end of 2016.

These APIs can build cognition into new applications, products and processes, leading to what IBM CEO Ginni Rometty predicts will be a future where 'every decision that mankind makes is going to be informed by a cognitive system like Watson.'

> See also: Will AI technologies ever bring about the Technological Singularity?

Other players are joining the AI race, with Google’s $500 million acquisition of deep learning application DeepMind and its recent announcement concerning the D-Wave 2X quantum computer.

Even late bloomers like Microsoft are catching up, following Project Adam, its initial foray into AI; it has now launched Project Oxford to provide a set of speech, vision and language APIs. Intel also recently acquired Saffron, a company that has developed technology to ingest data from disparate sources and automatically connect the dots to further enterprise decision making.

So, while 2016 may not yet bring you a personalised robot assistant or fully developed machine learning algorithms, the year ahead is already shaping up to create a more responsive and ebullient intelligent enterprise AI environment.