What do drones mean for cityscapes? 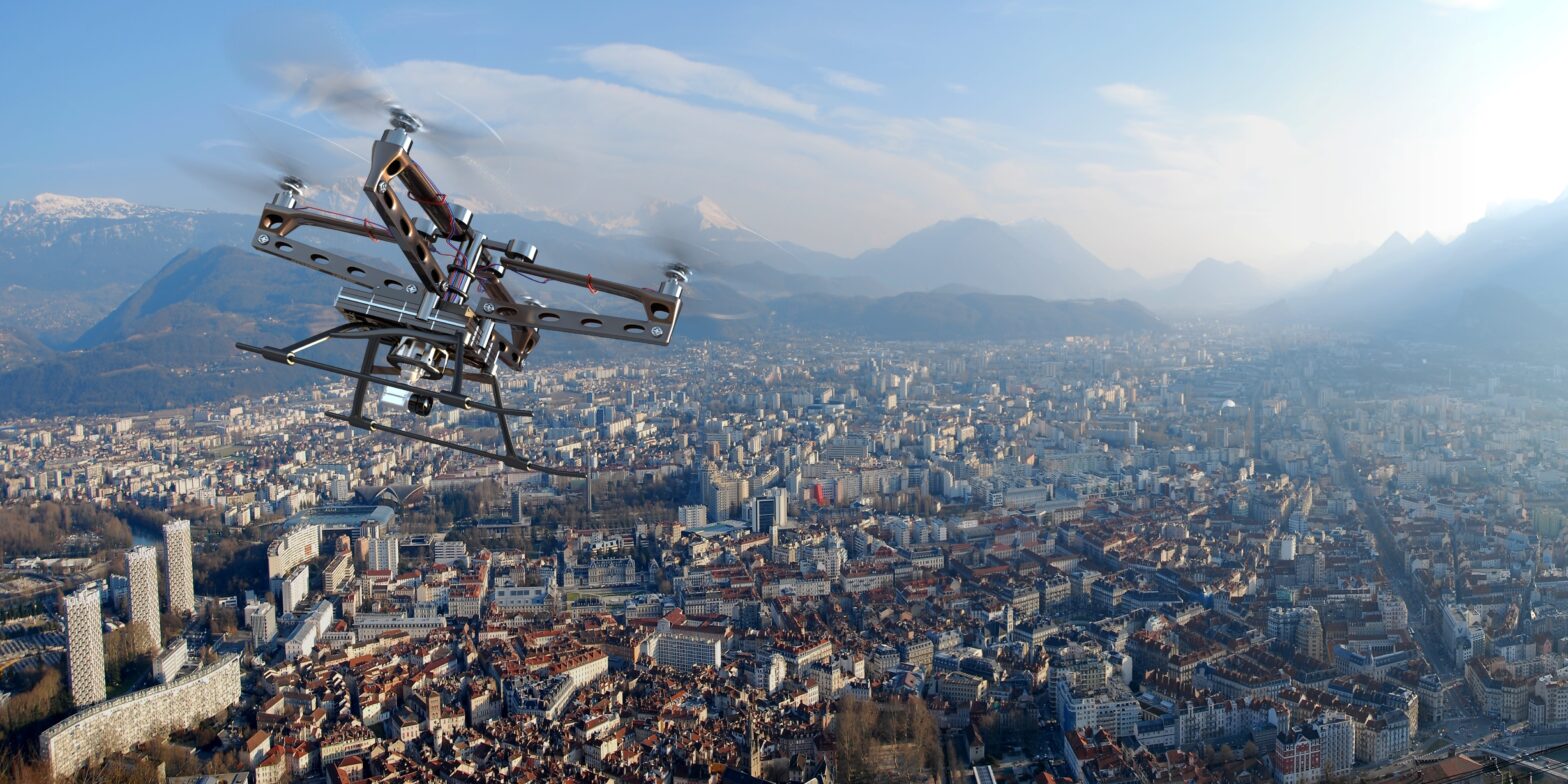 Would you ever consider taking a passenger drone to work, or having your pizza dropped outside your house by a flying vehicle? These are questions we could be asking ourselves as the reality of drones being part of our everyday lives creeps closer.

There has been some recent panic surrounding consumer drones, with the number of near misses with aircrafts rising to 60% causing the UK government to introduce safety tests for all owners. However, this criticism should not tarnish the technology, but rather be a trigger for further research and testing.

The government is already making the necessarily regulatory steps, with the Spring 2018 Drone Bill set to give drone users and the police guidance on drone use. A key point which is expected to be part of this bill is a proposal that all drone operators will be required to use apps, allowing them to access the information needed to make sure any planned flight can be made safely and legally. This will mark the beginning of what could the be world’s first air traffic management control system for drones.

Currently, there are still many misconceptions about drones and what they mean for the cityscape, with many worrying that it creates an unsafe and environmentally unfriendly setting for city dwellers. A key distinction that needs to be made clear to each individual is that when drones become part of their lives, there will be varying levels of drone flying height. It will not be a case that in 5 years’ time there will be a swarm of drones flying just above your head.

There is a literal gap in the market at 1500 feet- a space which has been called the ‘gold rush’ for aviation. This is the space between the maximum building height in a city and the lowest height a plane can fly at, removing the risk of collisions and creating an ideal situation for delivery and passenger drones.

Once these passenger drones are live and flying, they won’t be left to their own devices – regulations and software will ensure that clear paths are mapped out for the vehicles. Drones will soon come with built-in software that recognises air zone areas and stops the drone entering that space.

By combining this geofencing technology with effective regional control points, a best practice can be created which can proliferate. It important that when this starts, it localises first before being rolled out globally to ensure that every issue is addressed.

As drone technology develops, there will also be a rise in autonomous drones for not only delivering parcels, but to transport people. These drones will be able to streamline the air traffic control system, as they would create random, autonomous routes, preventing congestion and minimising the impact they would have on the cityscape.

The environmental impact will be minimal, with most drones and future passenger drones utilising battery power over fossil fuel. All the passenger drones currently on the market are powered with lithium-ion batteries, which allows for the maximum energy density at reasonable cost.

>See also: Autonomous drones in the oil and gas industry

At the moment, these batteries are still far from perfect, but they are the best on the market, and ten times better than Nickel-Metal Hydride (NiMH) batteries and lead acid batteries.

It is an exciting time for drones, with the technology benefiting a range of industries, including healthcare and logistics. By working closely with local governments, the industry can quickly create a safe and efficient air traffic control system which will have a minimal impact on cityscapes, but maximise the unused airspace.

Sourced by Martin Warner, the CEO of Autonomous Flight