Edward Snowden: encryption is the key to reclaiming our digital freedom 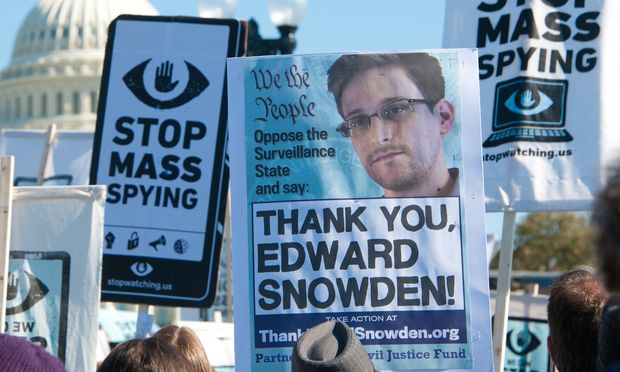 Edward Snowden was received with rapturous applause after emphasising to UK conference delegates this weekend the importance of encryption as a weapon in the privacy war. In a powerful speech, he reminded people that we are not powerless to let governments sleepwalk us in to a mass surveillance world, because we have the technological tools at our disposal to do something about it.

The NSA whistleblower, who appeared through a live video link from Moscow at innovation charity Nesta's FutureFest event on Saturday, described the relationship between governments and citizens as a 'broken marriage'.

When asked how those in power can rebuild trust, he said it had to be a collective effort of the media, civil society, tech companies and everybody to demand accountability of those creating surveillance systems without the involvement of citizens.

Snowden added that governments are decieving us by saying that their interception of citizen data is for our own good- 'These programmes are not public safety programmes, they're spying programmes.'

'The question that we as a society have to ask,' added Snowden, 'is are our collective rights worth a small advantage in our ability to spy.'

'The government doesn't want us to know how they are interpreting the law and redefining powers, and how they're redefining the boundaries of our rights and liberties, morally, socially… without our involvement.'

But on a positive note, Snowden described mass surveillance 'one of the few places in the global political debate where we have a choice' – thanks to end-to-end encryption.

He went on to advocate greater individual control over the data we send online, urging tech companies to take actions like decentralising permissions of use of communications and the ability to decide the level of publicity attached to our communications.

The speech comes not long after prime minister David Cameron attempted to push a ban on encrypted apps as a knee-jerk reaction to January's Charlie Hebdo attacks in Paris – a suggestion that caused major backlash from privacy campaigners, companies and the tech industry alike.

Snowden's speech emphasised that this kind of blanket policy is not only a dangerous abuse of power, but completely unfeasible.

Instead of going backwards into a more authoritarian world of data surveillance, Snowden is hopeful we should be heading for a future where privacy will eventually win out, if we all make an active effort to enforce our online rights by using encryption.

'I think it's more likely than not, actually, that the technical side of the argument will win,' said Snowden, 'because it's much easier, I think, to protect communications while they're in transit than it is to enforce legislation in every country in the world to say that you can't do this.'