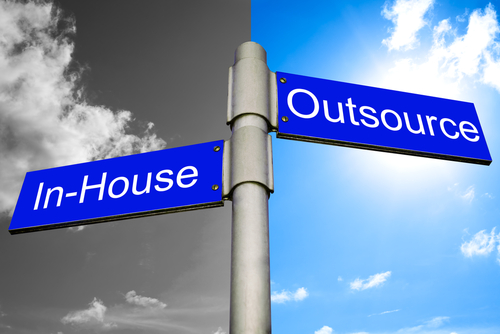 The volume of outsourcing contracts awarded in Europe, the Middle East and Africa (EMEA) in the first half of 2014 was the highest since 2008, according to the ISG Outsourcing Index.

The Q2 Index, which measures commercial outsourcing contracts with an annual contract value (ACV) of €4 million or more, found that first-half ACV across EMEA totaled €5 billion, an increase of 32% year-on-year. The number of contracts signed was up 25% for the same period.

With more than half of all outsourcing value awarded in EMEA, the region continues to dominate the global market.

The UK market maintained its steady performance, with ACV of €1.4 billion, an increase of 6% compared with the first half of last year. This occurred despite a slight drop in contract counts to 83, from 92 the previous year.

For the quarter, EMEA ACV remained flat compared with the strong first quarter of 2014, but finished 50% ahead year-on-year.

The region benefitted from a steady IT outsourcing (ITO) performance. Though modestly down sequentially, this was the strongest second quarter ever for ITO award value (€2 billion) and counts (111) in EMEA.

Meanwhile, business process outsourcing (BPO­) continued its lackluster performance across the region, with values continuing to hover around the €500 million mark for the quarter.

“EMEA continues to maintain its leading position in the global outsourcing market,” said David Howie, partner, ISG. “Looking ahead, we’re seeing a great deal of transaction activity in the market that should come to fruition in the second half of 2014.

“Taking the year as a whole we would expect ACV in the region to comfortably exceed 2013 levels.”