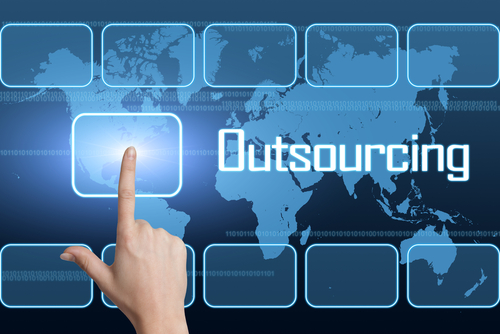 Outsourcing activity in the Europe, Middle East & Africa (EMEA) region is off to its best start to the year since 2010, with both contract value and counts up by double digits.

The Q1 2014 EMEA ISG Outsourcing Index, which measures commercial outsourcing contracts with an annual contract value (ACV) of €4 million or more, found that ACV across EMEA totalled €2.4 billion, up 10% compared with the previous quarter and 29% year-on-year.

Growth was largely supported by five mega relationships – contracts valued at more than €80 million – signed in the region this quarter, including contracts in the UK, France and the Nordics, a marked increase from two such deals in each of the first and fourth quarters of 2013.

The majority of contracts awarded in EMEA were new scope, accounting for 76% of all contract value in the region, an increase of 48% year-on-year and the highest quarterly value in four years. Conversely, restructuring values declined by one third both quarter-on-quarter and year-on-year.

The IT Outsourcing market (ITO) continued to dominate the EMEA market. The €2 billion of ITO ACV awarded in the first quarter was up 18% quarter-on-quarter, and accounted for a full 85% of the overall EMEA market. The 127 ITO contracts signed during this period was the region’s highest number ever recorded in a single quarter.

John Keppel, partner and president, ISG North Europe, said: “The EMEA market has had a strong start in 2014. Activity levels in the region remain high and the return of mega-relationship awards in the quarter boosted the market values.

“Although these larger contracts have a strong role to play in the market, the smaller deal size brackets will continue to grow more sharply as enterprises opt for greater flexibility and more specialized services from a greater number of providers. Multi-sourcing, increasing competition among providers and lower technology costs will continue to be the factors that drive the market for the foreseeable future.”

The UK continued its strong showing, with ACV of just over €1 billion awarded, a quarter-on-quarter increase of 33% and up 66% year-on-year. The 59 contracts recorded was the highest number of contract awards in a quarter over the last three years.