Emergence: the next efficient evolution of crowd-sourced innovation 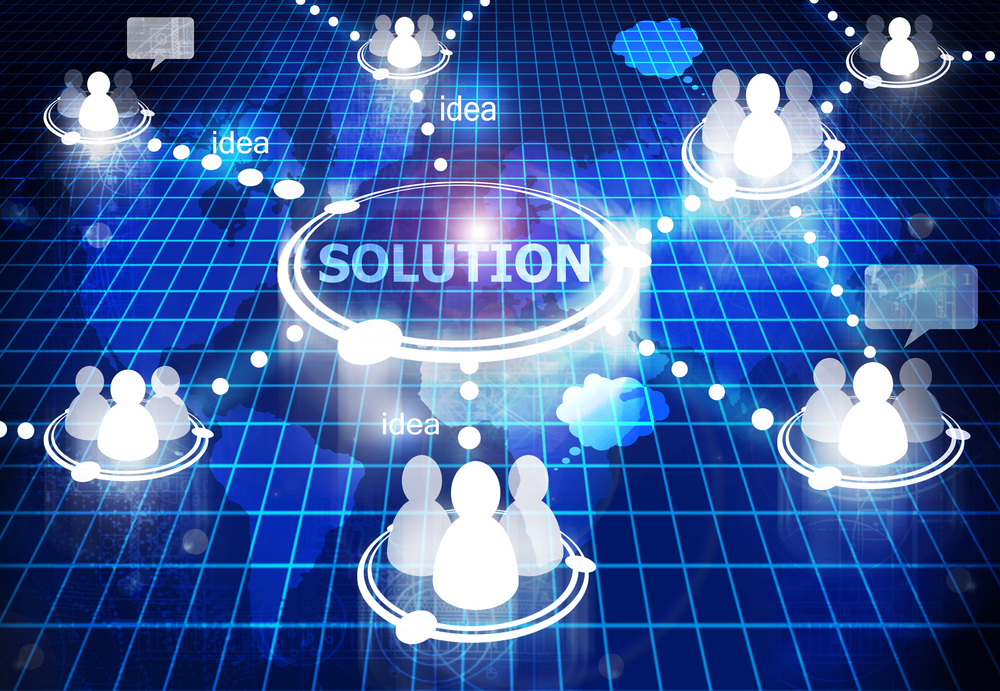 Young, agile firms have always been known for their disruptive ideas. Increasingly, enterprises are keen to foster a similar innovation culture so that great concepts can surface even in a company with thousands of employees. The challenge comes when there are many layers of management and frontline workers are struggling to navigate the corporate hierarchy so their ideas are heard by the leadership team. In a bid to transform its business, Microsoft recently announced it would cut thousands of middle management jobs to ease the flow of information and decision making, ‘no longer respecting tradition but only innovation’.

This move illustrates how large corporations are starting to realise that by engaging a huge swathe of the workforce, they can harness this collective innovation brainpower to solve challenges and find the next ‘big idea’. Crowd-sourced creativity has gained serious traction; even the NHS has challenged its workforce to find novel ways of improving patients’ experiences.

So what does today’s crowd-sourced innovation model look like? More often than not, companies create a large cloud-based suggestion box, which allows employees from all over the business to submit ideas that they think could solve a certain business challenge. These ideas are then analysed by the community, who vote up ideas that they like. Gamification techniques are used to encourage engagement and the most popular ideas then go through to the next stage, until the business leaders are left with a shortlist of the best.

What are the pitfalls?

While this model is great for generating mass content, having a large number of suggestions means there’s often a lot of ‘background noise’ which can drown out that one truly great idea. The average employee also has a fairly limited attention span, which is proven to plateau – meaning they lose interest after a certain point in the process and engagement levels drop. This killer combination creates tension in the innovation process. Current crowd-sourcing solutions and methods attempt to ease this by killing weak ideas as quickly as possible. Although this isn’t always for the best, as I’ll explain later.

> See also: Innovation in the enterprise: how can CIOs ensure its success?

Perhaps the biggest issues with innovation at the moment are the shocking economics and critical culture. Depending on which study you look at, the failure rate for approved innovation projects is between 50-80%. In other words, most attempts to be innovative will fall flat on their face and ultimately most big businesses do not like failure. It costs money and, if not handled properly, can damage reputations. As such, many innovation programmes face being shut down before they’ve had a chance to really prove their worth.

Thankfully this corporate culture of blame is on its way out as Gen Y employees are taking their first management positions – bringing with them a new way of working. They care about networks and meritocracy rather than hierarchy. They are uninterested in doing things the old way, as they recognise that experience is no longer as important when the pace of change speeds up. But most of all, they want to be heard, and expect their employers to pay attention when they want to drive change and truly unique concepts. This kind of bottom-up innovation is already starting to decentralise the 'command and control' nature of more traditional organisations.

A working environment which welcomes brave decisions and unusual thinking, whether it works first-time around or not, has been key to the success of so many of today’s household names. Mark Zuckerberg’s guiding philosophy, the 'Hacker Way', openly encourages Facebook employees to 'make bold decisions, even if that means being wrong some of the time'.

This doesn’t necessarily have to mean big dramatic changes, rather the creation of a culture and way of working which fosters a continuous stream of incremental innovations. In fact I’d argue this is an infinitely better way to do things. It spreads the risk, thereby generating predictable returns – which might be less glamourous than inventing the next iPhone but will be a lot more palatable for senior management fixated on old ways of working. To this point, we at Mindjet have been exploring the concept of emergence.

Emergence is the word used to describe what happens when a system becomes more than the combination of its pieces. A set of rules, group of animals, or collection of objects can develop special properties that none of the single pieces possess. In the context of innovation, this means that many small ideas can combine in to much larger ones. Consider tablet devices, whereby the unique combination of a touch screen, apps, lightweight processor, in-device camera creates a marvellous gadget which many of us would now struggle to live without. These amazing ideas were no-doubt generated and developed separately but have come together to form something remarkable.

> See also: The time is now to get to grips with the digital workplace

We’re working to develop a formal programme which better supports this. Rather than killing off ideas which initially seemed weak, our view is that everything should have a chance. Instead of idea generation being time-limited, innovation projects should be allowed to grow organically and mature; like a dynamic molecular structure of evolving ideas that different people can work on. This way innovation becomes continuous and dynamic, allowing many ideas to be developed and relationships to be formed – with the hope of each of them finding their profitable place.

Eventually, enterprises all over the globe will begin to embrace this collaborative way of working. It’s a saying that goes back many years, but 'the wisdom of the crowd' is as relevant as ever – especially in business. In 1906, statistician Francis Galton used the collective mind of a crowd gathered at a country fair to correctly guess the weight of a prize bull. Although a rudimentary example of crowdsourced intelligence, it clearly demonstrates how no one entity is greater than the sum of its parts.

In short, one person couldn’t have correctly guessed the weight of the bull, unless they got lucky. Gen Y employees realise this, and are ready to engage their crowds in order to make accurate and calculated decisions which lead to profitable innovation, without relying on one person to do all the thinking. In innovation, when there are big investments at stake, there is no room to wait for luck.