Emerging from bitcoin’s shadow: The rise of blockchain 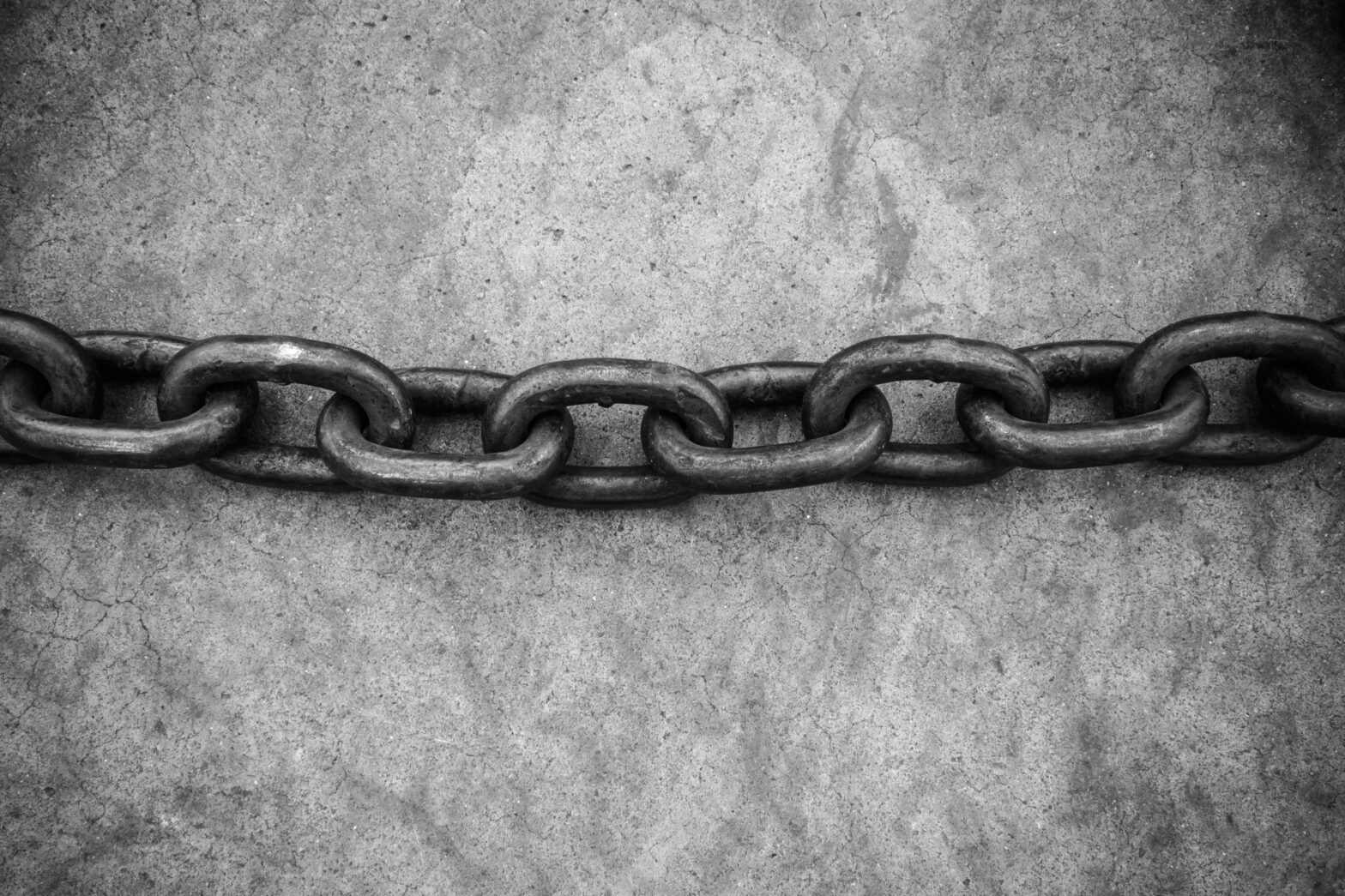 There’s a new buzzword doing the rounds across the enterprise world. Long in the shadow of bitcoin, the digital currency it was created to legitimise, blockchain is now being recognised in its own right as a solution for all manner of things.

While the technology remains heavily pitched to the financial services industry, other sectors are beginning to realise how its capabilities can apply to numerous other use cases.

Fundamentally, blockchain is a ledger that logs transactions between two parties. Yet instead of being kept in a bank or accounting department, it is a distributed ledger in which copies are kept at several computers or nodes, each under different owners.

Each block represents a financial transaction, and every new transaction has to be approved by a set of computers to be added to the chain.

‘Blockchain’s potential for the enterprise can be realised across the board, from payments to patents,’ says Senthil Radhakrishnan, VP and head of capital markets at IT services company VirtusaPolaris. ‘Its status as a shared distributed ledger could be called upon by organisations as a register of intellectual property, for example — users can programme a block to recognise usage rights.

‘Elsewhere, businesses that deal with low-value payments on a regular basis can process these payments without the fees and resources involved in more basic payment frameworks.’

The technology is designed to make transactions fraud-proof. Created by Satoshi Nakamoto, a blockchain is a distributed sequential ledger that has been strengthened against tampering and illegitimate revision — solving the problem of open bookkeeping.

Blockchain takes the form of a distributed database against which anyone can verify the validity of transactions held within it.

Originally pioneered as a way of recording and legitimising bitcoin transactions in 2008, the system encourages network owners to keep the ledger up to date through the premise of each new transaction being part-verified by the preceding one.

Each transaction creates a 64-character hash that the network owners use to build a block by combining it with a previous hash.

‘The blocks are produced in a chronological and linear order, with each new block containing a one-time-use character string or hash drawing that refers to the block before,’ says Ajay Vij, VP and regional head of financial services for Europe at Infosys. ‘Therefore, it is almost impossible to create false transactions without them being spotted.’

Blockchain has been gaining increased attention over recent months because of its incredible potential for financial services organisations.

To start with, it eliminates double spending. Previously, when sending digital currency from one person to another, there has always been the issue of ‘double spending’ someone’s digital cash.

For example, anything digital like a photo or file can be copied and duplicated, yet currency notes in the real world can’t be used again. Blockchain solves this problem through the immutable ledger that’s visible to everybody.

It is also self-monitoring. Blockchain’s ledger essentially has its own built-in security, based on a ‘proof of work’ system. Despite not having any central control, each transaction is approved by a foolproof method before it’s added to the ledger.

Essentially, this provides the distributed ledger with integrity without the need for a central authority. Since the same updated data resides and is replicated to all the participants, the integrity comes from ‘system-wide/peer-2-peer’ monitoring as opposed to a central approach.

‘Blockchain is a global platform, digital and not tied down to any country, making it useful for cross-border money transactions,’ says Radhakrishnan. ‘There aren’t any costs for foreign exchange conversion, correspondent banking fees and other delays. Plus, the time for a new Blockchain transaction is typically just minutes, whereas current cross-border transactions can take hours or even days.

‘Ultimately, as the world moves to a digital, mobile-driven global economy, there is a need for a global payment platform that doesn’t rely on any individual government. At this stage, blockchain seems to tick all the boxes.’

Blockchain promises to be a significantly disruptive update to the financial industry’s back-office systems and ledgers.

At present, open ledgers are subject to cybercrime and fraud risk. The alternative is to keep information closed and offline, reducing the value of the data to the wider marketplace.

The secure nature of blockchain means that fraudulent transactions cannot be inserted into ledgers, instilling confidence in traders about the validity of the transactions recorded in the blockchain.

It also offers a solution to the slew of regulatory demands around fraud prevention, recording and time stamping all transactions.

‘There is a great financial incentive to adopt blockchain,’ says Vij. ‘The technology offers the potential to eliminate as much as $20 billion of costs from the financial services sector. The savings will largely come from eliminating the complex systems and processes that currently run the secure payments and settlement systems and free up a lot of capital.’

But blockchain has the potential to be about far more than just digital currencies and payments — it could revolutionise the way people and businesses think about identity.

Vast sums are spent on these processes and the required technology, but to little effect as money laundering is far from on the decline.

A distributed ledger, as provided by blockchain technology, would enable identity to be built up of individual uses of a person’s identity, such as a passport, driving licence and bank account. It would make forging identity far more difficult, while increasing speed and ease of use of services.

‘The blockchain distributed ledger is strengthened any time some kind of identity evidence is presented,’ says Gunnar Nordseth, CEO of electronic identity firm Signicat. ‘Every use of ID is interconnected, which makes it far trickier to defraud.

‘Financial institutions would be sure of who their customers are, and criminal activity more easily traced by seeing where funds are going. If the blockchain is implemented correctly into KYC systems, it has the potential to help make identity fraud a thing of the past, as well as drastically reducing the costs to financial institutions.’

New kid on the block

Blockchain is not only set to impact the financial services industry. The technology has the capability to make a difference whenever valuable assets are transferred from one party to another — anything from electronic artworks to the terms of a business agreement.

Several start-ups in the music industry are aiming to use a digital ledger like blockchain to keep track of music downloads and distribute the royalties to artists without relying on a central record keeper.

Speaking at the annual Sibos banking and financial conference, Joyce Kim, executive director of Stellar.org, said blockchain’s low costs give it the potential to help the world’s poor for the greater good of humanity. Her non-profit organisation is seeking to help people who typically survive on $5 a day.

Then there are governments that are seriously looking at pursuing blockchain to bring greater transparency into their processes.

‘The UK government is already working towards exploring the use of blockchain technology in a bid to improve accuracy in record keeping,’ says Vij. ‘And Vermont’s state government has commissioned a study to look at how blockchain could be used as a legal method of record keeping under state law.’

Blockchains are also appealing for use in the Internet of Things (IoT). An IoT-driven world will be made up of lots of autonomous or semi-autonomous devices, and having a way for these devices to accomplish things without needing to go through a central authority of some sort might be very useful.

The disintermediation that blockchains can provide might be just the thing to solve that problem. There may simply be too many IoT devices to practically do any form of central management of what they do.

‘Blockchains might be a good way to keep track of the actions of the devices instead,’ says Luther Martin, distinguished technologist at HPE Security. ‘If I had to pick a case where blockchains will prove to be a very, very useful idea, the IoT would be what I’d bet on.’

However, there are certain challenges and drawbacks to blockchain, the main one being a lack of privacy.

There are approaches that are being considered to work around this problem, but today the lack of confidentiality is proving to be a significant obstacle to adoption in the uber-sensitive financial services industry.

And it’s not just an issue that can be solved with technology. Financial services is a heavily regulated industry, and it’s not clear if the decreased confidentiality that blockchains can cause is acceptable to either regulators or to other banks who might share the same blockchain. Banks, of course, can be very competitive with each other.

While researchers are working on ways to work around these issues, it’s not clear that what they’ll eventually come up with will be better than a centrally managed database.

Similarly, the adoption of blockchain technology in enterprise computing may be constrained by the confidentiality issue.

However, blockchains will almost certainly turn out to be more useful in enterprise computing than anyone might have thought.

‘We just don’t know how they’ll end up being useful in the future,’ says Martin. ‘So CIOs should keep an open mind on possible projects that involve clever uses of blockchain technology, but also realise that the technology is still very new and unproven, so its use can also involve lots of risk.’

There is still much concern around blockchain, specifically because of the hype around it being so disruptive. Talk of disruption is always unsettling for enterprises, which fear new market entrants challenging them or competitors being faster adopters.

It is worth realising that, potentially, blockchain will be more disruptive than the cloud. And the inherent anonymity of the system means that a business’s partners and suppliers may be using blockchain already and it wouldn’t even know about it.

‘Secrecy prevents a real assessment of the market,’ says Jonathan Jenkyn, security practice lead at architecture and technology consultancy KCOM. ‘As legal frameworks and governance catch up and enterprises continue their research into the technology, there will be a massive increase in the use of blockchain.

‘In about four years’ time, blockchain will be part of everyday business – with digital ledgers, legal frameworks and systems in place.’