Encouraging SMEs to bid for govt work is ‘backfiring’ 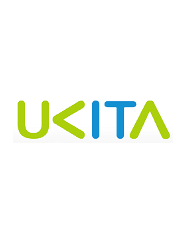 The government's strategy of encouraging small and medium-sized IT businesses to bid for public sector contract is driving some suppliers away, according to UKITA, a trade body that represents small IT firms.

According to UKITA director Andrew Corbett, the government's policy of encourage small business to apply for contracts has led to an influx of consultants, often former public sector workers, bidding for the same work.

These new entrants to the market often undercut market rates in order to make a start in the business, he says.

Corbett told Information Age this morning that this has led many of its members to stop bidding for the work. "The odds are lengthening, and the margins are shortening," he said.

"The government's heart is in the right place, but the law of unintended consequences is at play," he says. "A lot of our members are telling us that the strategy has encouraged a lot of unsuitable people to bid for the work, and that they are undercutting the market because they haven't got any overheads yet."

"Many of our members are saying they are moving out of [government work] because it is no longer viable, and others tell us they are going out of business altogether."

At the same time, Corbett said, the influx of new market entrants is putting project delivery at risk. "The government is at risk of appointing people who haven't got a track record of delivery."

Corbett conceded that the increased competition among small businesses may be bring about a degree of "creative destruction", as suppliers find themselves disrupted by newer entrants. And he did not argue that any specific policy has had an explicitly negative effect.

But he questioned whether the new "atmosphere" of encouraging SMEs to apply was in fact leading to more contracts being won by small businesses. "We want to see numbers of SMEs that are actually successful, not just applying."

Encouraging more SMEs to bid for government work is one of the pillars of the government's IT strategy. The implementation plan for the strategy asserted that promoting open technology standards and simplifying procurement processes would help more SMEs to win IT contract work.

The strategy is also being deployed at a local level. Last month, Bristol City Council invited local SMEs to bid for parts of its £25 million annual IT budget.

"Our aim is that within a few years, more than a quarter of our annual spend on ICT is directed towards SMEs, and I hope Bristol firms will be in a position to gain from this,” said Cllr Jon Rogers at the time.