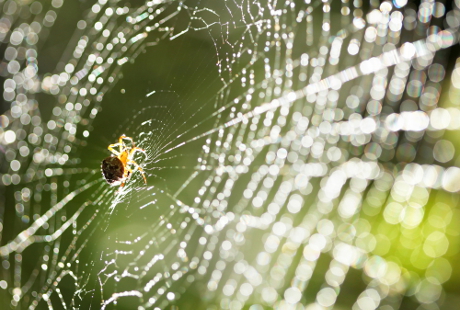 Almost half of all the customer relationship management (CRM) software licences sold to organisations in recent years have never been deployed, according to a March 2003 survey of CIOs and technology decision-makers by Gartner. War stories of poor return on investment, cumbersome implementations and project overruns have not helped.

CRM supplier E.piphany has spent the bulk of the past two years re-coding its application suite to tackle this inertia. When it released E.piphany E.6 in March 2002, it was completely rewritten as open, standards-based components based on the J2EE programming language. This means that organisations can more easily – and cheaply – integrate E.piphany software with other applications involved in customer processes.

Until recently, the re-architected product concentrated purely on marketing and sales, but in March 2003 E.piphany added two major additions: a set of customised components targeted at specific vertical industries; and an inbound marketing tool, Interaction Advisor, which enables organisations to perform analysis on, and react to, inbound customer communications in real time.

What differentiates E.piphany’s product from the rest of the CRM market, the company claims, is that, because it is written entirely as web services components, these ‘services’ can be slotted in to organisations’ legacy infrastructures with ease. Soren Pallesen, head of product marketing for E.piphany in Europe, claims the new software package is “ten years younger than anything else in the market in terms of its ability to grasp open standards”.

One E.piphany customer in the insurance sector had spent months developing a risk calculation algorithm, which it then exposed as a web service to its brokers. When it then invested in a CRM system from E.piphany, it was able to place the risk calculation mechanism within it without having to spend time and money building integration between the two applications.

Erin Kinikin, an analyst at research company Giga Information Group, sees the CRM market as being divided into two distinct sectors: highly packaged CRM applications based on proprietary technology (with open integration interfaces); and flexible CRM ‘toolkits’ based on the open programming language, J2EE, that enable easier integration, but require users to do the bulk of the development work. E.piphany’s E.6, she believes, takes a more “out of the box” approach.

If the CRM market bounces back, this could create a much-needed boost in sales for E.piphany. In its latest financial quarter, the fourth quarter of 2002, the company recorded a slide in revenues of 21% to $22.5 million compared with the same quarter in 2001. Product licence revenues almost halved to $9.3 million.

But E.piphany is not short of cash, with $287 million in cash reserves at the end of its 2002 financial year. That has helped the company invest heavily in re-architecting the product and adapting it for vertical industries, says Pallesen.

Buying CRM software as a set of components is an attractive prospect for those companies that have delayed deployments fearing the implementation project will be too great to generate any return on investment. If E.piphany can convey this message to its customers as well as it has to the analyst community, it should pay off in the form of an upturn in revenue.