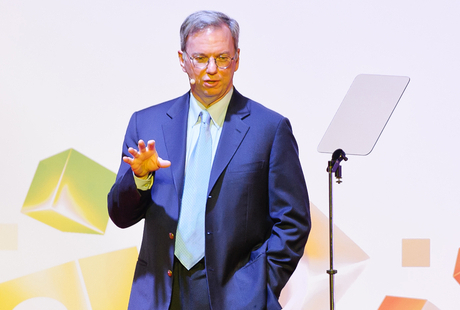 MPs have called on the government to drop Google chairman Eric Schmidt from the Prime Minister's Advisory Group after he defended the company's tax avoidance plans on Radio 4 last night.

In an interview with The World at One, Schmidt said that although it paid just £6 million in corporation tax on revenues of £2.6 billion in 2011, Google employs 2,000 people in the country and serves as an enabler to the digital economy.

"We're a key part of the electronic commerce expansion of Britain, which is driving a lot of economic growth for the country,” he said. “Britain has been a very good market for us."

Margaret Hodge, chair of the Public Accounts Committee (PAC), which grilled Google executives on tax avoidance last year, told The Indepedent that the UK government should question Schmidt's suitability for the role.

“I think we should be careful who we talk to, and I think if people want to have the voice of government, they have a responsibility to pay their fair share,” she told the newspaper.

Hodge's comments were echoed by fellow PAC member Fiona Mactaggart. "Given that he has not made the moral leap to recognise that Google should pay its fair share of taxes in the UK, it makes you think that maybe he is not well equipped to do that role," Mactaggart said.