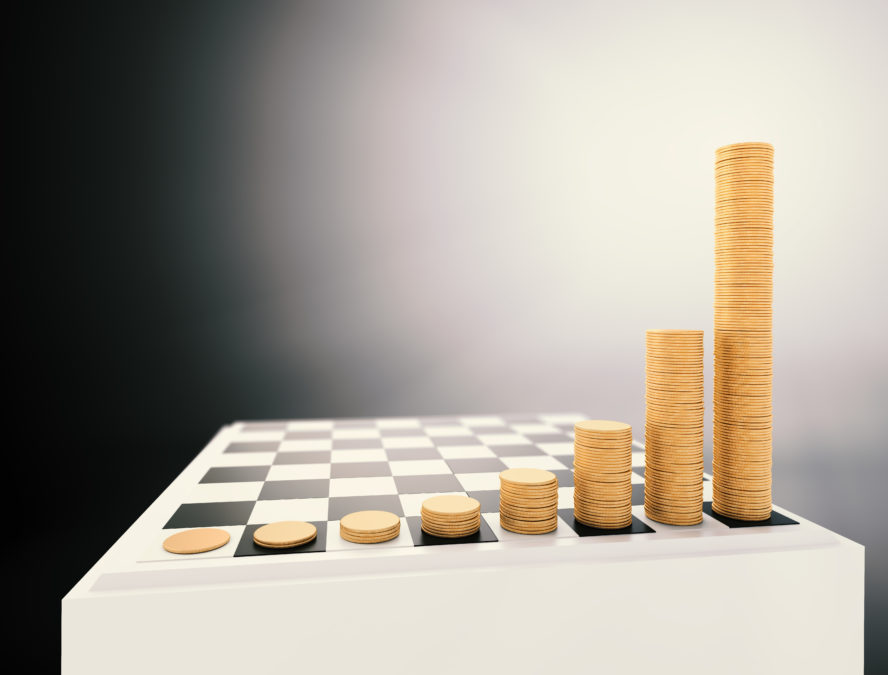 At the age of eight, Peter Diamandis was giving lectures to his family about space. Twenty-five years later, he launched a $10 million-dollar contest to create the next generation of passenger spaceships. Since founding the XPRIZE 22 years ago, Peter has established Singularity University, written several bestselling books, and more recently created the Abundance 360 community. In the process, he has become one of the world’s foremost experts in exponential technologies, and their impact on humanity. I had the privilege of sitting down with him recently to discuss the speed at which the world is changing, and on exponential technologies

Avi Reichental: Peter, you and I eat, drink and sleep exponential convergence, so to us it makes sense. But for those who aren’t drowning in exponential technologies, what should they know?

Peter Diamandis: I think most people don’t realise how fast the future is changing. We’re living in a world where technology is doubling in power. You double something ten times; it’s 10,000 times better. Double it 20 times; it’s a million times better. That is the power of exponential technologies. But our brains don’t think in this exponential way, so we tend not to grasp how fast the world is changing. In the next ten years, every single industry, every single company, is going to be disrupted and reinvented. And if you’re running your company the same way you have been, and expect it to survive, it’s going to hurt.

Avi Reichental: Let’s break it down a bit. Take an area that’s near and dear to our hearts: 3D printing. What do you think will be the most impactful development in this industry in the next three years?

Peter Diamandis: Say you put me in front of a 3D printer today and said, “manufacturer something,” by the time I learn to code and describe the proper tool paths, it just wouldn’t make sense. But we’re heading toward this convergence of technologies where I could, in the near future, put on VR goggles and say to an AI, “I’d like something that can hold a liquid, with a handle on it. I’d like it to be manufactured for less than ten cents, and have thermal characteristics to keep the fluid hot inside. Can you make it?”

As I speak, AI is converting my wishes into 3D manufacturing commands and material choices. I can watch the product forming in front of me. This convergence suddenly makes me prolific in digital manufacturing. Not only me, but everybody. We’re going from ideas to materialisation faster than ever before. And I think we’ll see this convergence of 3D printing, VR and AI in the next three years.

Avi Reichental: Like all technology, in the hands of bad players, AI could do some damage. Does that worry you?

Peter Diamandis: Some people are concerned about AI. I jokingly say, they probably watched “The Terminator” too many times. I’m not one to say the sky is falling. I actually think AI is the most important tool humans have to solve the world’s biggest problems. You’re on my board of directors at the XPrize. So you know we have an IBM Watson AI XPrize, which asks humans and AIs to work collaboratively to solve some of the world’s biggest problems. I think AI is our superhero skill that will enable us to solve everything from climate change to skyrocketing healthcare and education costs.

Cognizant’s 21 jobs of the future: Low tech within five years

Following Cognizant’s release of their report ’21 more jobs of the future’, Information Age examines one of four featured categories.

Avi Reichental: What excites you most about the next five years of the XPrize?

Peter Diamandis: More and more people around the world are more enabled than ever to solve problems. It used to be that with big problems, you had to turn to the government or the world’s largest corporations and hope they had the bandwidth and desire to fix that problem. Today, if you’re passionate about solving a problem, you can. You have access to AI on the cloud, 3D printing on the cloud, more knowledge and more computational power than ever before.

We’re working with Elon Musk on the Global Learning XPrize. We’re also working on a Cancer Detection XPrize. You and I have been discussing a problem that’s near and dear to our hearts here in California: forest fires. You’ve been personally affected, many friends have been personally affected. The idea that we’re still fighting forest fires the same old way is absurd. So we’re kicking around the idea of a fire detection and extinction XPrize. Imagine a prize where you say, ‘You need to detect a fire of a certain size — say, five times the size of a campfire — within 10 minutes. Then you need to put it out within 10 minutes.’ That would be transformational. And I think it can be done. So I’m just excited about getting people in the mindset of finding the problem, solving the problem, and stop complaining about problems. Just solve the damn thing.

Avi Reichental: You’ve been preaching abundance for quite some time. Have you changed your mind at all over the last few years about how it will impact humanity?

Peter Diamandis: There are more opportunities than ever before. But let me give you some of the numbers. We define abundance as access to more, at a lower cost, more easily. And this is happening across the board. We’ve seen continuous reduction in the global population living in extreme poverty. 200 years ago, 90% of the world was living in extreme poverty. Today that figure is below 10 percent. We’re seeing increased literacy around the world, and more capital flow than ever. Access to food, education, healthcare and entertainment are all higher than ever. By almost every measure, the world is getting better. We may not feel it, because we watch the news and the negative things going on, but we’re also living during the most peaceful time ever. In terms of of murders, wars, all these things, we see a trend line of reduction. So I’m confident in the good of democratising access to everything. We forget that a child on a smartphone has access to more information and more capabilities than most people had 20 years ago. It really is extraordinary.

Avi Reichental is one of the world’s leading authorities on 3D printing and exponential tech convergence. He is the Founder, Chairman, and CEO of XponentialWorks, an advisory, venture investment, and product development company, and a general partner at OurCrowd’s Cognitiv Ventures. As the former president and CEO of 3D Systems, Reichental led the company for over a decade. He now holds numerous leadership roles in the 3D printing industry, including chairman of Nano Dimension, vice-chairman of Techniplas, CEO of Techniplas Digital, executive chairman and co-founder of Nexa3D, and executive chairman of NXT Factory. Reichental was on the board of directors of Harman International until its sale to Samsung, and is the founder and executive chairman of ag-tech pioneer Centaur. In 2014, he was named by Popular Mechanics as one of the top 25 Makers Who Are Reinventing the American Dream, and was listed by Fortune magazine in 2013 as a top 50 business leader. His acclaimed TED talk about the future of 3D printing has garnered more than 2.5 million views. He is a core faculty member at Singularity University, a member of the XPRIZE board, and a trustee of the Cooper-Hewitt Smithsonian Design Museum.

Fortune Magazine recently named Peter Diamandis as one of the “World’s 50 Greatest Leaders.” Diamandis is the Founder & Executive Chairman of the XPRIZE Foundation, which leads the world in designing and operating large-scale incentive competitions.  He is also the Executive Founder of Singularity University, a graduate-level Silicon Valley institution that counsels the world’s leaders on exponentially growing technologies. As an entrepreneur, Diamandis has started over 20 companies in the areas of longevity, space, venture capital and education. He is also co-Founder BOLD Capital Partners, a venture fund with $250 million investing in exponential technologies. Diamandis is a New York Times Bestselling author of two books: Abundance – The Future Is Better Than You Think and BOLD – How to go Big, Create Wealth & Impact the World. He earned degrees in Molecular Genetics and Aerospace Engineering from the MIT and holds an M.D. from Harvard Medical School.