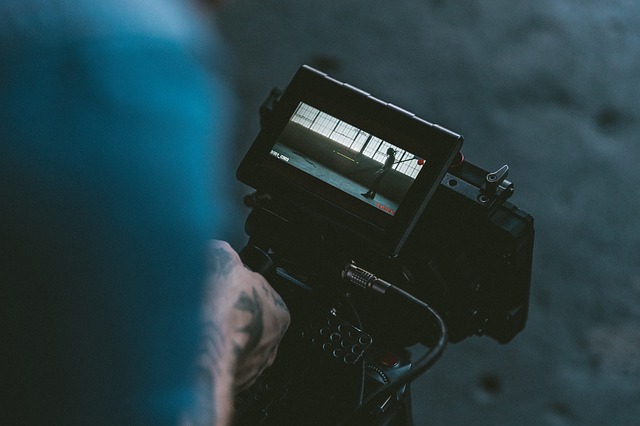 Even so, most of those profits remain at the very top of the chain – a heavily stratified hierarchy that benefits the executives and corporate offices more than creators themselves.

For those filmmakers working for major studios, the creative process is heavily restricted—focusing on reaping the largest profits and building franchises that can be spun off into branded goods.

Directors get a paycheck, but no creative rights or control over the films they make. Even famed ‘art-house’ creators must sell their work to get it published, relinquishing their intellectual property for the opportunity of exposure and acclaim.

For those who pursue the independent route, filmmaking is characterized as high-risk with rewards that are not always proportional.

There are few real avenues for independent creators to publish their work, and the gatekeepers—publishing firms and production houses—hold most of the leverage in any negotiation.

It seems the industry – which produced over 1,500 movies in the US and UK alone in 2016—is intent on retaining this outdated model. Even so, innovators have taken note by creating systems designed to re-balance the power structure.

Companies such as Netflix have already struck major blows to the industry’s gatekeepers, but now blockchain is entering the fray, promising to disrupt the status quo even further.

The story of Hollywood and the broader film industry is one of progressive stratification. While the industry started modestly, success created the need for order, and order begat the current complex web of producers, marketers, parent companies, and publishers required to take a single film to market.

In the process, however, the dynamics of the industry shifted, placing a larger share of the financial pie in the hands of executives at the top, and distributing the rest among the creative team.

For filmmakers looking to stake their own claims to success and shoot the projects they desire, the status quo places restrictive barriers and offers few pathways to funding outside established channels.

The US domestic box office totaled nearly $11 billion in ticket sales during 2017, but nearly half of those profits were collected by the top 15 films, all major studio releases. Indeed, two of the most critically acclaimed films produced by household name directors – ‘Phantom Thread’ and ‘The Shape of Water’ – ranked at 288 and 117, respectively, in terms of earnings.

The problem isn’t the quality of movies considering both Phantom Thread and The Shape of Water have already earned several awards and found themselves swept up in nominations for the Oscars.

Indeed, the system of intermediaries focuses more on those films that are likely to be financial successes than those that may receive critical acclaim but perform less admirably at the box office.

Changing the game by leveling the playing field

For the biggest names in filmmaking, the current model isn’t always a problem. A director like Guillermo del Toro or Paul Thomas Anderson, who are proven names for studios, can easily pitch a movie and get it produced.

On the other hand, independent filmmakers or those who are simply trying to break into the industry, rarely encounter these same opportunities. Even worse, there is little upward mobility in an industry that has become deeply entrenched in its approach.

New technologies and applications are starting to change the status quo, however, by offering filmmakers and creative talents the ability to obtain funding outside of traditional channels, thereby retaining full artistic control of their projects.

The idea of crowdfunding isn’t a new one but has taken on a life of its own for filmmakers seeking the resources to bring their projects to life.

The ability to reach out directly to fans and prospective viewers for funding provides eager filmmakers both the money they need, and the freedom to create without limitations. Several hubs have even emerged to capitalize on this trend.

Nevertheless, most crowdfunding platforms still run into the problem of gate-keeping, albeit of a different variety. Filmmakers must part with a portion of their funds as payment or may be blocked from receiving any funding if their goal isn’t met.

This system, while a noted improvement on the financing side of the equation, remains suboptimal. Now, blockchain is stepping up to the plate by attempting to advance the current model.

The technology provides a departure from intermediaries and power structures that hamper creative output. Because of blockchain’s decentralized nature and its trustless system, there is no need for any sort of authority to manage the platforms built on it. Thus, new solutions have emerged that encourage filmmakers to communicate directly with their stakeholders, and for cinephiles to support their favorite creators.

One such application is StreamSpace, a blockchain-based marketplace for crowdfunding movie and video projects that enables filmmakers to create works and monetize them directly on the platform.

This strategy returns full creative control to filmmakers, lets them harness the majority of profits derived from distribution, and allows audiences to vote with their dollars for those films they love and want to see succeed.

Other applications like SingularDTV also focus their attention towards emboldening creators to produce the art they want, without worrying about appeasing executives or stressing about meeting ticket sale quotas.

Some companies have taken it to interesting extremes, such as the 21Million project, a new series fully produced in a decentralized manner on the blockchain. In all these cases, the common thread is simple and straightforward. Blockchain allows filmmakers to create while effectively removing intermediaries, barriers to entry, and hierarchies from the process.

Regardless of how it comes, the film industry sorely needs rescue from its stagnant status quo. The outdated model is starting to display diminishing returns as Hollywood continues to pump out movies that lack creativity and flop at box offices worldwide.

With the influx of new technology that galvanizes creators and overcomes barriers to reaching the market, the industry could quickly see the balance of power shift from the suits in Hollywood to the visionaries and luminaries sitting behind the camera.