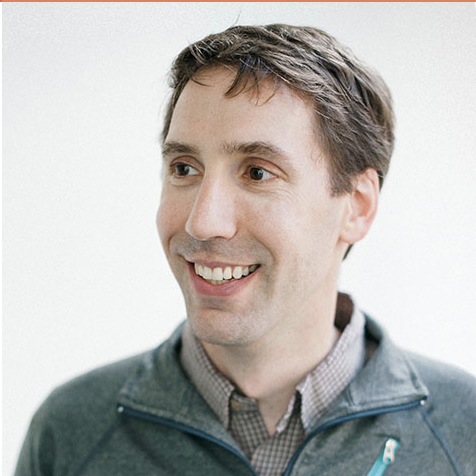 You could say that Fitbit was ahead of the curve 12 years ago when it began pioneering wearable devices that monitored users’ physical activity.

Today, the healthcare tech market is predicted to be worth $297 billion by 2022. Many expect wearable technology to play a significant part in the future of the industry.

We’re already seeing this all around the world, with Fitbit and companies such as Dignio using remote technology to identify health issues before they become health issues, while also  helping promote a healthier lifestyle. 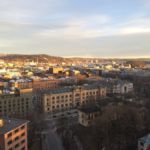 The next necessary step in healthcare: inside Norway’s vision for a technology-centered remote solution

The current “humanitarian crisis” faced by the NHS needs a prognosis. Dignio, a mobile healthcare company, may have the answer with a wireless technology-centric solution that is being piloted in Norway. Read here

Eric Friedman, CTO and co-founder of Fitbit, was there at the beginning — the clue is in the title.

He explained to Information Age that after two startups, him and his other co-founder and CEO, James Park, had become “much more sedentary than in our youth and we were looking for ways to motivate ourselves to get up and move more”. And with some inspiration from the Nintendo Wii, which makes users actively engage when playing the console, Fitbit was born.

But, this article isn’t going to focus on Fitbit’s journey — from a start-up to a global tech company. That comes later.

Instead, we’re going to focus on how Friedman’s role changed as Fitbit CTO, as the company transitioned from a start-up to the lifestyle choice that it is today.

Friedman’s role as Fitbit CTO has varied over time.

Within that startup CTO role, there’s the technical visionary, especially for B2B companies, and there’s a technical sales person, a VP of engineering and a myriad of other roles.

For most of Fitbit’s history, Friedman has been much more the VP of engineering, especially when the company was small. He often drove some of the technical vision and a lot of how Fitbit scaled — “how do we get this thing running,” he asked?

Since then, the responsibility and role changed ‘slightly’ as the engineering team grew to 900-plus. Friedman, as CTO, had always run the research aspect of Fitbit. But, following the head of research’s decision to move back into IT — “back into the technical stuff, rather than people management — he decided to take on the research leadership role, while hiring a head of engineering “to run the day-to-day stuff”.

In his role, he also always managed security. The brand is built around the trust of Fitbit’s users and “we feel that having our users trust us and trust that we’re going to do the right thing in all aspects of their lives is really important,” he continued.

As co-founder and CTO, Friedman told Information Age that he felt it should remain his responsibility to look after the security and the privacy of user data, on top of his ‘new’ focus as leading research at the company. 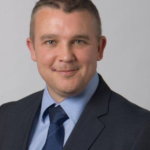 Tips for success depend on what stage your company is at

After asking what tips for success Friedman had, he replied it “entirely depends on where you are”.

“It’s interesting, I remember in the early startup days, we were talking about dealing with tech debt; something that we didn’t do when we were just starting.

How do I avoid the tech debt in the future?

“For start-ups, there’s a balance between making sure you’re executing and getting something out there versus overplaying the scale, because you might have to pivot and you might not anticipate the right problems,” Friedman advised.

In his role, he suddenly had to start thinking three to five years ahead, whereas at the start it’s about survival.

“Now we’re trying to make sure we plan both for our employees and for our technology and ask ourselves how we make these decision and how we do that at scale,” he explained.

The startup CTO vs the established CTO

“The thing for the CTO is knowing what makes you happy and knowing that it might change over time,” as a company changes during its growth.

“I never expected to have the same job for 12 years, so to me that has been really eye-opening,” Friedman said.

He also believes that knowing your strengths is as an important trait to have as the role evolves.

“When I first started the CTO role two companies ago, I really thought of myself as someone with radical new left-field ideas that are going to really shake the industry. And I actually found I’m a better curator of smart people and can curate the ideas,” he said. “I can say, ‘that radical left-field idea, that’s going to win, how do we make sure that becomes successful’ or ‘that radical left-field is going to die and here’s how we’re going to turn the radical ideas and evolutionary ideas into a larger vision'”. 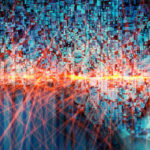 “But, there needs to be a balance between the human and the machine in healthcare moving forward.”

Indeed, there is this idea that computers will solve everything and that AI is a magic (or silver) bullet. It isn’t. The human component is vital.