Flying colours: How Epson smart glasses are passing the test for EasyJet 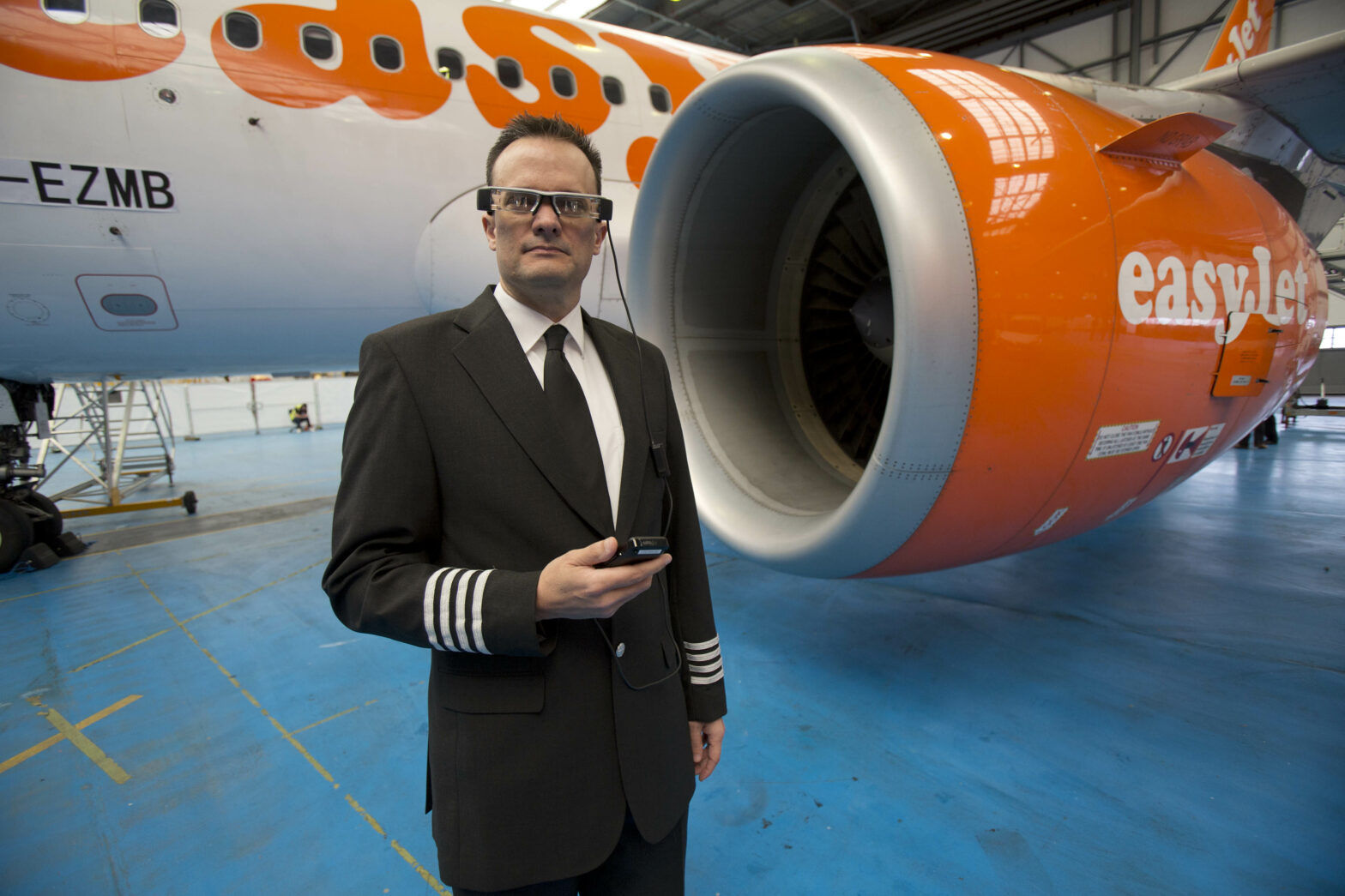 When Google Glass went on sale for the first time to early adopters in the UK for around £1000 last month, a big question mark still hung over its mass market appeal. Though Google hasn't released any initial sales figures yet and it's still technically in beta, it's fair to say that it has yet to win over the hearts and minds of the average Brit in the street to a product that many have labelled as conspicuous, geeky, and worst of all, intrusive.

But one area where Google Glass is making tracks beyond just its novelty value is in hands-on industries such as construction, manufacturing, energy, healthcare and law enforcement. For the kinds of situations where workers in dirty, dangerous environments need constant access to data, maps and schematics, combining augmented reality and wearable technologies is a hugely practical idea.

> See also: Google Glass in the workplace: the business potential

Software startup Wearable Intelligence, for instance, is working with companies such as global gas giant Schlumberger piloting the use of Google Glass for engineers out in the field working on extremely complicated workflows.

The ability to have hands-free access to complex procedural checklists, context-aware schematics and live mentoring while out fixing gas pipelines is driving a quiet revolution in efficiency for Sclumberger and others in similar industries- and they certainly don't care if the glasses make them look geeky.

Other makers of augmented reality smart glasses such as Epson have seen less of the media spotlight than Google, but have driven after the enterprise audience with a bit more focus. The Moverio BT-200 may be one to watch out for in the industry space in the years to come – overlooking the clunky name, it costs half as much as the Glass, it features 360-degree panoramic views, and Epson is working with developers to create a greater variety of business-focused on-the-job apps for things like augmented reality training and secure integration with IT infrastructure.

The glasses are packed with sensing technology, including a front-facing camera, gyroscope, GPS system, compass, and accelerometer, allowing the device to accurately understand a user’s movements and the world around them.

One early customer is budget airline EasyJet, who is experimenting with the Moverio BT-200 to relay contextual information to and from its pilots and field engineers and its Operations Control Centre in real time, to streamline servicing and repairs and eliminate delays.

Ian Davies, head of engineering and maintenance at EasyJet, explains how it's all going to work.

'When things do go wrong we need to get them fixed as quick as we can, and we think using these tools we can easily halve the time to deal with a defect,' says Davies. 'I have about fifty engineers monitoring everything going on the aircraft every day but the most modern tool we've got to do that is a telephone and it comes down to snapshots and bits of conversations. So effectively we are solving problems semi-blind. We needed to be able to get eyes on the problem.'

Davies started to look at what video capture and streaming technology was out there (mostly by researching on YouTube)- the higher definiton the better for working on detailed problems in sometimes less than ideal lighting.

'You would not believe how useful it is for us to be able to see the problem,' says Davies. 'If someone calls me and says there's a big dent in the side of the aircraft, how big is a big dent? Well you can see it straight away- literally within seconds I can say we're in trouble or not.'

EasyJet is reliant on having a skilled engineer wherever an aircraft breaks down in its 138 airports throughout Europe. Now with remote assistance, the team can have the right experts on hand to advise those who are not as skilled or familiar with the aircraft. So far Davies says the engineers themselves are taking to the trial with a lot of enthusiasm, with many volunteering to test them out.

'Engineers are generally techie and they like playing with new kit, especially if it promises to make their job quicker and easier,' says Davies. 'But they're also critical and expect things to work, so although we have that play element of experimenting at the beginning we're pretty ruthless.

The next crucial functionality wil be to project augmented reality overlays onto engineers' field of view so they can locate difficult to find components. By the end of the year, Davies says he will have video capture embedded so that engineers are able to keep visual records of individually carried out safety checks. All of this will bring EasyJet one step closer towards its ultimate aim of improving the firm's safety record and reducing passenger delays.

> See also: Kitted out for defence: safeguarding the wearable workforce

'Some people might look at this and think it's gimmicky, it's PR, but this is our life blood,' says Davies. 'When we break down it's reputation damage, and our goal is to eradicate delays and cancellations completely. Spending such a few thousand dollars to try out these glasses is 100% worth it when it could well repay itself many times over down the line. We've come a long way in the past six months and I'm confident we'll make this work.'

For Davies and his team, now that the ball has started rolling, there is no end to the host of possibilities for the use of technology out on the tarmac.

'Adding multi-faceted senses to the equipment and combining it all together would give a whole view of problems,' says Davies. 'We're looking at the kinds of laser scanners that are already commercially available for rapid prototyping in other industries, able to make rapid exactly measurements instead of manually assessing the size of damage.'

Eventually, all this could be intregrated with fields of technology such as robotics. As Davies so puts it, if we can put a remotely operated robot on Mars, why not an airfield in Marrakesh?

'We are looking at applying to aviation the work we've seen in all sorts of spheres such as medical,' he says. 'Robotic arms are able to carry out keyhole surgery and delicate operations remotely, without the need for a steady hand. I see no reason why we can't eventually do this. Maybe not next year, but certainly within the next ten or fifteen years.'