Why the future of AI reminds me of the movie ‘Arrival’ 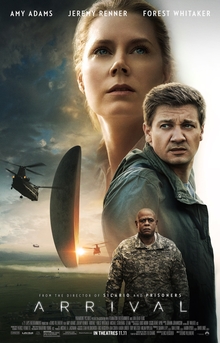 Just a few weeks ago, I read that the three top British AI companies to watch are Alphabet subsidiary DeepMind, cyber security firm DarkTrace and Blippar. Not sure why Blippar was on the list, it was after-all an augmented reality company. But what we can now say is that Blippar is in trouble — it may not have gone to meet its maker, but it has met its administrators. I can see an argument that follows on from this which suggests that the future of AI is worrisome.

After-all, there are clear parallels with boo.com. This particular company was founded in 1998, burnt its way through $135 million, and then went bust. At the time, the collapse of boo.com was seen to be an omen of ill wind, and the dotcom crash followed, triggered, perhaps, by boo.com’s disaster.

I worry there might be a parallel with Blippar. This company was founded in 2011, became feted around the world as the big hope of augmented reality. It had raised over $100 million, but it was never enough. It’s most recent fund raising was in September 2018 when it secured $37 million. This would be enough to make it profitable in 2019, it said. Amazingly, just three months later it was out of cash.

So is that it then? Is this the beginning of the end a new tech bubble; is the future of AI, as it were, behind it?

This time it is different

After the dotcom bust, the phrase ‘this time it is different’ was meant to be ironic. It was taken to have the opposite meaning. But there really are differences, and I speak as someone who predicted the dotcom crash, but even so underestimated its severity, costing me a lot of money.

Of course, some fulfilled potential big time, eventually, but they had to travel a long way down the Gartner Hype Cycle first.

It is not like that now because certain technologies, RPA, for example, are set to make companies more productive; and right now, at a time when across the global economy, productivity growth is awful, RPA’s benefits are desperately needed.

But what about AI?

There is more than one reason.

Technology has to be right.

Technology does not go from ‘not being very useful’ to earth shattering in discreet jumps. Human nature may expect to see a trend, but the reality is not like that.

Either technology can do the job or it can’t. And breakthroughs are needed to create a kind of tipping point. Either side of that tipping point, technology is either disappointing or game changing.

Apple is an example. Before the iPod, it had been struggling for years. Like cynics might portray the future of AI, many said that Apple’s future was behind it. But when the stars were aligned, things changed incredibly quickly. It took ongoing increases in computing power described by Moore’s Law, the homogenisation of key components and high speed wireless internet access to make the iPhone possible. Once these things had happened, Apple went from a company struggling to survive to the world’s biggest in hardly any time. (IPhone was launched in 2007, Apple first overtook Exxon Mobile to become the biggest company in the world in 2011.)

AI is coming of age for more than one reason

First, there is the cloud — all the heavy, challenging deep learning, neural network stuff can happen in the cloud. I guess you could say the future of AI is literally in the clouds.

The need for AI is great too.

Take cyber security. Max Heinemeyer, Director of Threat Hunting, Darktrace told Information Age, “We believe that AI driven malware will start understanding context.” Max believes that AI is the answer to the cyber menace, and since Bank of England Governor Mark Carney described cyber as one of the biggest threats to the global economy, the world desperately needs AI as a weapon to defeat cyber criminals.

AI for cyber, you don’t need to know what the threat is, just the network, says Darktrace

AI is helping Darktrace fight the good fight against the bad guys in the cyber world, but AI cyber security does it by understanding networks; it doesn’t need to look for a viruses signature, then again, cyber criminals are adopting AI too, or so Darktrace’s Max Heinemeyer told Information Age.

Or as Gaurav Banga,  CEO and founder of Balbix says; “It is now mathematically impossible for humans to manage cyber security without the assistance of artificial intelligence.”

But it was the words of Falon Fatemi, founder of Node that really seemed to hit one of those naily things on the head.

She drew a parallel with a raccoon. “Intuitively, we understand what a raccoon is, maybe because the brain works on a problem in parallel. We see the whole, the multitude of ways an animal is in fact a raccoon. On the other hand, if we describe the creature do it in stages.

Recently, Information Age spoke to Falon Fatemi, founder of Node and she has a radical prediction about the future of AI, unsupervised deep learning is coming, she says.

In the movie Arrival, one of the those most acclaimed science fiction films in years, a linguistics expert played by Amy Adams was charged with the task of communicating with an alien species which had arrived on Earth. She eventually grasped the challenge by realising that the aliens did not communicate in stages: point one, then two then three. They explained their concept in one go.

We think that way. When we see a raccoon we don’t say; I know this is a raccoon because: a: it has four kegs, b; it is furry and of a certain size, c: if has a pointy nose …etecetera. Our mind sees all the characteristics in one go, it processes in parallel.

In AI we have made slow progress because we have done the equivalent of describing a raccoon in points.

What Falon Fatemi described as unsupervised deep learning can learn what a raccoon is in the way we do: in the way aliens in the movie Arrival communicate.

The future of AI and indeed RPA is being revealed. In RPA, Guy Kirkwood forecasts the rise of attended robots, as the dream of a robot on every desk moves closer to realisation.

Chris Huff, of RPA company Kofax says that the RPA market is set to finally see a dramatic and rapid maturation.

Robotic Process Automation in 2019: the market will come of age says Kofax

2019 will be the year that the RPA market will finally see a dramatic and rapid maturation says Chris Huff, of Kofax

As for augmented reality. Part of Blippar’s problem was increasingly more sophisticated advances from the likes of Apple.

But Simon Wright, director of AR and VR futures at Genesys, recently wowed Information Age with a demonstration of how the company is trying to transform retail with augmented reality.

The time of RPA is now; the time of augmented reality might be a few years off, but it is getting close. I would say that in the very near future of AI we will finally see the arrival of a compelling business case.