The future of making things with big data 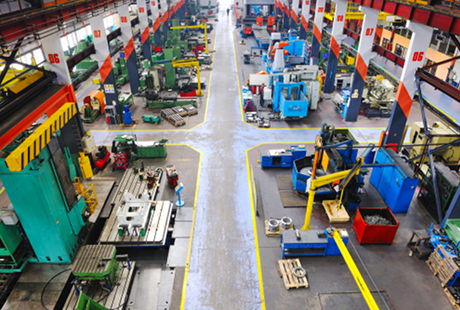 For the past couple of decades, nearly everything we use on a daily basis, from cars to mobile phones, has been designed with some kind of CAD (Computer Aided Design) software. Advances in computing power, mobility and cloud technology have made digital design tools more powerful than ever, and have made it easier for anyone to bring their ideas to life.

Every finished CAD design is a complex 3D model made up of hundreds, if not thousands, of parts. For design and manufacturing firms with many products, that’s a lot of separate parts and components that need to be designed, catalogued and made.

> See also: Why manufacturers need to wake up to the Internet of Things

Keeping track of all these parts is a major issue for any type of design or manufacturing business. The overriding issue is that not knowing what components you have available means engineers and product designers have to search for the digital models of the parts they need, and even design them from scratch if they’re not available. This takes time away from the creative aspect of the design process.

At the same time, if a component exists but the designer can’t find it, they could end up designing something from scratch which is almost, but not quite, like the original component. This then creates confusion for other designers further down the line. It can also seriously hinder the manufacturing process if a design incorporates a new type of component and an entire factory has to be retooled in order to use it rather than a pre-existing, standard part.

It also means that in the event of a product recall situation, it can be much harder to identify which finished product used a certain faulty component, which can have wide reaching implications for a business.

We’re reaching a point where the thorny issue of product data management will become a thing of the past though, and will usher in an era where engineers and product designers are free to focus on innovation, rather than nuts and bolts.

Fundamentally, there are two major trends that are behind this new future of making things: big data and the cloud. Using advanced big data algorithms, it has become possible to analyse, sort and categorise millions of pieces of design data. But rather than categorising parts according to standard criteria (name, length, width, material etc), it is now possible to take this one step further and categorise parts according to their shape and context of use, and for this algorithm to then look at a digital model of a part and know which category it should be assigned to.

For example, a plastic garden chair is different to a wooden kitchen chair, but they essentially share the same characteristics (four legs, seat), and would both belong in the same category if an interior designer was looking to create a 3D model of a kitchen. Using this same categorisation approach it is possible for hundreds of very complex industrial components to be automatically categorised and sorted.

The cloud has enabled this big data analysis to be taken to the next level by giving these algorithms access to millions of different CAD models, allowing them to learn about the types of components available, and how they interact with each other.

By learning about different parts and designs, it becomes possible for the algorithm to actively review a manufacturing firm’s digital design inventory, and automatically sort all of its parts into categories. It can also show the different finished products that each part has been used in. Ultimately, it is possible to create a ‘design graph’ that connects components to each other according to what they are, previous projects they’ve been used in and how they can be used in current and future designs.

A step on from this, the real magic happens when these design graph algorithms are used as part of the wider design workflow. On one level, it speeds up the design process by making it much easier for the designer to find the relevant and correct components.

> See also: The Internet of Things is both an exciting opportunity and a huge risk for car manufacturers

All they need to do is search for ‘bolt’, for example, and they’ll see all of the bolts that their company has used in the past, but also see the previous finished products this particular component has been used in, and any alternative components. Having the parts they need instantly available within the design software can save a lot of time, freeing up the designer to concentrate on the innovation and the end goal of the product they’re designing.

However, this is only the beginning. As this kind of intelligent software learns more about product design, it will be able to kick off the design process itself, delivering up an initial design based on the designer’s specifications. From here, the designer can then focus on refining this design and the overall concept, rather than spending time on the procedural and less creative parts of the design process.

Thanks to big data analysis and the cloud, we’re entering the future of making things, where engineers, product designers and anyone with an idea can more easily turn their vision into reality, leaving computers to do what they’re best at and allowing the human mind to focus on its key strength: creativity.