Skip to content
Home » Regions » EMEA » The future of the UK taxi industry: is it all about the app?

The future of the UK taxi industry: is it all about the app? 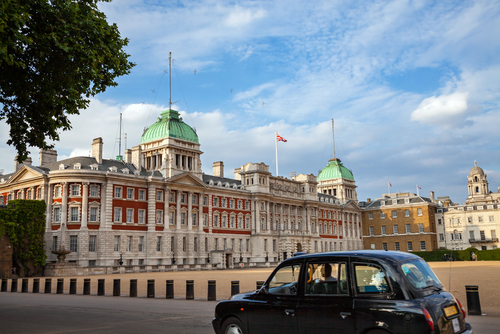 US taxi app Uber recently received a $333 million investment from Google, whilst UK-based company Hailo has had a reported $77 million.

The taxi economy is worth almost £9 billion in the UK and no one company has the lion’s share of it. This clearly presents a valuable opportunity, which is why many technology companies are keen to move in and try and extract some of this revenue for themselves. But will it happen and is it even possible?

The seemingly obvious solution, and one that’s getting lots of media coverage at the moment, is the taxi app. That's just what the guys at Hailo did, when a group of taxi drivers and investors got together to create what is arguably, London’s most popular taxi app.

Whilst Hailo is undeniably servicing a need in the marketplace, it does have its limitations. Black cabs are not the cheapest way to travel in London, especially over long distances, so their market is somewhat limited.

Alternative players in the market, like Kabbee, use London minicabs, which can be half the price of a black cab – so between the two, that's the London market covered.

But isn’t that just the easy part? A booming international city with millions of potentials customers travelling the streets each day is all well and good, but what about the rest of the travellers across the UK? How will the apps fare as well in Rochdale or Lincoln? Move out of London and the landscape changes dramatically.

So what does an app need to make headway in the other 1500 towns in the UK? Well, it needs customers and willing drivers ready to share their income: two things that are not easy to win over when you’re not in the capital city.

Long-established taxi companies are not going to share their income easily, and customers who ring 555555 every time they need a taxi are unlikely to change their habits any time soon either.

It is also important to point out that successful taxi businesses will always need to deliver good customer service. Yes, an app is quick and convenient, but right now in the UK, phone calls bookings compared to app bookings are probably in the region of 999 to 1.

As mentioned above, apps like Hailo are designed for the impulsive  ‘I need a taxi right now’ market. This doesn’t include the taxi work includes the pre-booked work, airport transfers and business customers.

Then there are other more serious business issues such as cash and VAT to consider. It's fair to say the taxman doesn’t see all the money in any industry where cash is heavily used.

When you suddenly start to map every transaction out electronically, things start to change quickly. Take all this into account and suddenly, the goal of getting full UK coverage looks much more challenging.

Shanghai recently had a crackdown on its booming taxi app market, banning them both in rush hour and also completely from the private hire minicab fleet. When you take into account $43 million investment that had been put in the app market, the no rules appear very harsh.

But technology companies far too often have had their own way. Bulling their way into new markets, killing off the competition, extracting huge profits and then minimising their tax liabilities.

Technology companies will not win over the taxi companies easily and they will find impossible to replace them and take over by simply releasing a new app that connects passengers to customers.

But even after all this, the app market will still be a relativity small chunk of a £9 billion market, with over 80% of that money going to the drivers. Technology companies won't really start to see massive revenues from the taxi industry until the invention of cars that can drive themselves. Or, wait – doesn’t Google already have these?

Start-up Taxicode believes the future of the taxi industry is to work with all taxi companies with a piece of software that can connect everything together, and the app just one of many interfaces and connectors. Time will tell what makes the biggest impact on the industry.

In ten years there will likely be a combination of some exciting emerging technologies. The Google self-driving car, Google OAA car dashboard software and a universal booking system connected to all internet devices and third parties.

In reality, this could lead to only a few major players in the industry. One thing is for sure, they will be many battles and blood lost, before an overall wining technology is found.