Skip to content
Home » Topics » Data Analytics & Data Science » Gartner on futurology and the year 2035: Technologists can be pragmatic about futurism, but there is a need for us all to speak up 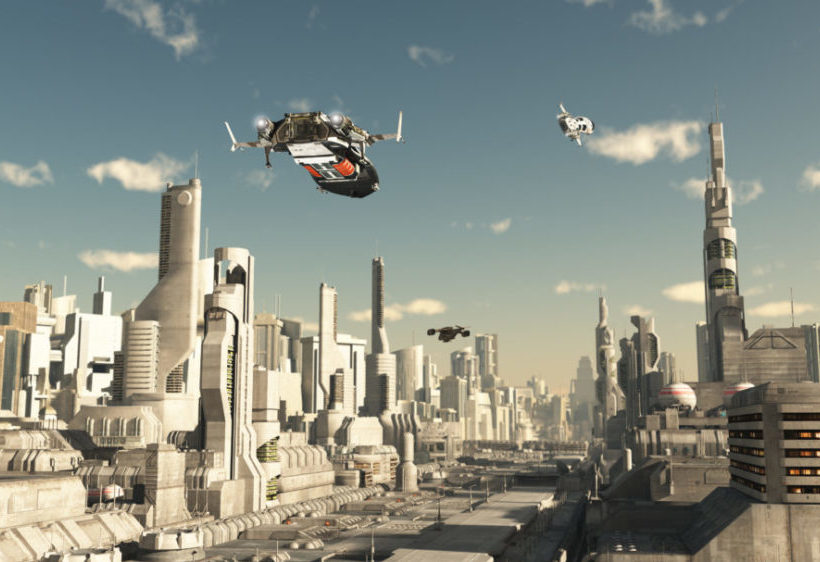 Futurology: is it a mugs game? Suppose it was the year 2000 and you received a message from 2014 — the message said: “In that year, more photographs will be taken than any previous year in history.” You could have been forgiven for rushing out and buying shares in Kodak and selling Apple.

That is why trying to predict the future feels like a game you are sure to lose, even if you somehow have the partial foresight of a seer, you can still get it horribly wrong.

Then again, futurology is hardly a precise science — assuming that it is even a science, which by definition, it probably isn’t.

That is not the point, however. There is a reason why uber has become a verb — to uber someone. You could just as easily have said ‘to netflix someone’, ‘amazon someone,’ or even ‘apple someone.’ Certainly Blockbusters, Blackberry/RIM and and Nokia felt the full force of such verbs, in action.

But one of the lessons of innovators’ dilemma, the theory developed by Harvard professor Clayton Christensen to explain how market dominant players fail, is to attempt to think forward and predict ways your business model could be made superfluous.

Another lesson could be to listen to the techies. Innovators’ dilemma focused on the disc drive business as a model to demonstrate disruption. Often it was the engineers who wanted to develop one of those ‘new fangled’ products — say 3½  inch disc drives, when the market research said that ‘such products were little more than toys — that 5¼ inch is the present and future.’

Speaking at the Gartner Data & Analytics Summit, London: Frank Buytendijk said “If we imagine change we practice change. So thinking about the future helps us today.”

Gartner has coined the word digitopia — it doesn’t need an explanation — when technology creates a new kind of utopia, as described by Rutger Bergman  or dystopia, such as a world envisioned by Ray Bradbury — paper burning at 452 degrees centigrade. Either way, digitopia seems to do it justice.

“Where are you going for your holiday this year?”

Gartner invited people from all over the world — 100 people from 26 countries replied — to write about how they envisioned the world in 2035. And one response imagined a world in which a great vacation would be one when we weren’t being watched continuously.

The English philosopher Jeremy Batham, a kind of 18th century futurologist, imagined a prison known as Panoptican. The design of this prison revolved around a watchtower, laid out in such a way that someone from the watchtower could observe any inmate at any moment, without each inmate knowing if they were being watched.

Will that describe the world in 2035? And if it does, would it be the government or business that spies on us?

One definition, explained Frank Buytendijk, is ‘futurism is about postulating possible probable and preferable futures in order to prepare for them.’ But that implies that our role is quite passive — we sit back and wait.

He prefers futurology or futurism as ‘the art and science of being able to take responsibility for the long term consequences of actions and decisions today.’

That’s an important definition. It implies we have a responsibility — we can shape and mould the future into an image we might prefer.

So he asks the question: “How can we be pragmatic futurists?”

Part of the problem is that our view of what the future is can be distorted by the prism of the present. Maybe our futuristic view is framed by rose tinted crystal balls. Maybe it is distorted by whatever is in fashion at any moment.

When Gartner asked for a view of the year 2035 five years or so ago, privacy was an overriding theme. In its latest survey, privacy not so much, but AI was either mentioned directly or by implication in almost every story.

But Garther did divide these stories of the future into distinct groups — each providing lessons that are relevant to organisations and technologists today.

There’s a shared responsibility between tech giants to try and create and utilise a critical ethical framework that assigns responsibility and accountability.

First of all, Gartner saw a view of the future which it described as the smaller circle. A view that is about connectivity. For example, 3D printing creating products locally, AI analysing data being used to personalise products and services.

Today, said Frank Buytendijk, 50% of your food comes from 12 retailers, made by 10 manufacturers, and is grown from seeds from three companies. Will such a situation see a backlash? Maybe farmers markets and craft beer are examples of such a backlash.

One story suggested that in 2035, “we will have entered the era of subjectivity” where the once trustworthy photography and film” becomes more like a “subjective sketch.” We know that AI can be used to distort images and sound, can we believe that photographs or videos are real. So in this particular story, it was envisioned that people would push back, ‘we have to see them with our own eyes.

So what have stories that fall within the small circle scenario have to do with now, what have they got to do with business, technologies or data analysis?

“Make use of technology, but build meaningful, local, contextual relationships with people. Build community business models and get people to contribute and engage.”

One story imagined a time when we have perfect memories from the date when the technology was at a certain level.

Our AI devices may help us make the right decision, help us watch our diet, complete sufficient exercise every day. But not all find such a future palatable.

This is where the idea of Batham’s Panoptican prison comes in. Will people react against such a scenario?

For technologists and organisations there is an opportunity to provide convenience, but maybe not too much, to introduce challenges too.

We have “responsibility that what we develop respects free will.”

In the third scenario, one perhaps that illustrates how we view the future from the prism of the present, globalisation and maybe even capitalism goes into reverse. But maybe we can all agree, we want a sustainable future.

“Don’t wait for digital giants to create a society you need to live with. Speak up, be part of the debate, by making positive contributions.”