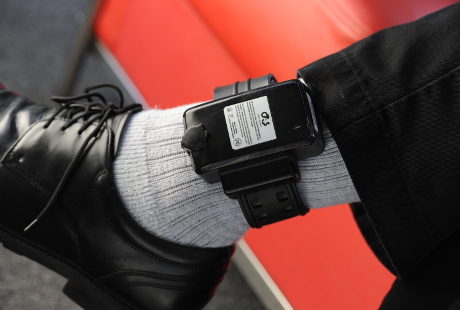 G4S has pulled its bid for the contract to provide a UK-wide offender monitoring system amid allegations that it fraudulently overcharged the government for existing electronic tagging services.

Last month, justice minister Chris Grayling reported both G4S and Serco, which between them operate all of the UK's offender monitoring infrastructure, to the Serious Fraud Office for allegedly overcharging the government tens of millions of pounds.

In a speech to Parliament, Grayling said that an audit by PwC had revealed instances where the government had been charged for services that were not being delivered.

"[This] included charges for people who were back in prison and had had their tags removed, people who had left the country, and those who had never been tagged in the first place but who had instead been returned to court," he said. "There are a small number of cases where charging continued for a period when the subject was known to have died."

Serco pulled out of the running for a new offender monitoring system for the whole of the UK, worth up to £3 billion, immediately after the results of the audit were revealed.

"We will cooperate fully with the MoJ on their audit of other contracts with the Department and with the Cabinet Office on their wider review across other UK government contracts."

G4S initially refused to pull out of the tender process, but today reversed that decision.

“We can confirm that we have formally withdrawn from the bidding process for the next generation of electronic monitoring contracts for the UK Ministry of Justice," the company said in a statement. "We remain committed to resolving the contractual issues raised by the MoJ in connection with historical billing on the [electronic monitoring] contracts and continue to co-operate fully with the government review .”

"I am glad they have decided to withdraw now," he said in a statement. "Our concerns regarding the billing for the electronic monitoring contract still need to be addressed. As I have said, I will not enter into any new contracts with G4S until that process has concluded satisfactorily.”

Even before the fraud allegations were revealed, G4S and Serco's alleged "duopoly" of the electronic monitoring market had come under criticism.

Shockingly, it revealed that is written into law that the responsible officer for any offender monitoring system in the UK must be an employee of either G4S or Serco.

"By requiring that the responsible officer be an employee of either G4S or Serco, the Ministry of Justice has succeeded in stifling the market for electronic monitoring while also excluding criminal justice practitioners from taking on the role," Policy Exchange said at the time.

It also argued that the fact that the two companies do the actual monitoring themselves, unlike in the US where it is done by police officers, did not offer value for money.

A spokesperson for Policy Exchange told Information Age today that the Ministry of Justice's current complaint with G4S and Serco relates to specific fraud allegations, not the general engagement model with G4S and Serco.

Nevertheless, it can be argued that this kind of "duopoly" does not encourage providers to act as ethically as they might.