Gartner indicates rise in IT focus for CEOs 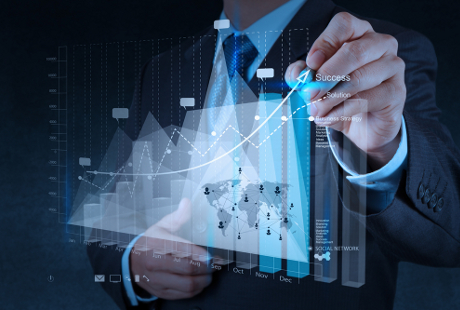 2014 will be the year that CEOs and senior executives prioritise growth, according to a recent survey by analyst house Gartner. The 2014 Gartner CEO and Senior Executive Survey found that that there is currently a 'risk-on' period when CEOs perceive that risk is lower, and they are prepared to invest in longer-term growth.

The Gartner CEO and Senior Executive Survey of 410 senior business leaders in user organisations worldwide was conducted between September and December 2013. Qualified organisations were those with annual revenue of $250 million or more.

The survey results show that growth is the top priority by far, with CEOs and executives displaying a bullish attitude toward technology-related business growth in 2014 and 2015.

'In 2014 growth almost equals the sum of the next three issues on the list of top strategic business priorities. The next step will be for CEOs and CIOs to work together to match the use of modern technologies to the specific kind of growth that the business is trying to win.

'IT-related issues, including mentions of digital, were also much more prominent this year with 7% of CEOs ranking IT as one of their top priorities,' said Mr Raskino.

Almost half of the IT-related priorities that respondents gave specifically mentioned digital, online or modern technologies of the post e-business era, such as social, cloud and mobile. Most of the explicit mentions were of technologies frequently associated with front office/revenue-winning capabilities. The responses made it very clear that CEOs' minds were set on applying technology for growth, rather than internal cost and efficiency.

Although CEOs now believe they are in more in control than in recent years, the economy remains the major external factor. The perennial market shaping issue of regulation also remains important but it is only narrowly ahead of aging, which was a surprise result from this year's survey.

'Aging also impacts other macrofactors. For example, for more than a decade China has been at the heart of strategic cost management via its cheaper manufacturing labour force. It has also been a booming middle class consumer market for goods and services. However, its population pyramid becomes much more top heavy between now and 2020, then starts to invert by 2030.'

Technology and digital are often rather separated in the minds of business executives. However, if combined, they become the third-most-significant external trend shaping business strategies, according to the survey. This level of engagement with technology has probably not been seen since the tail end of the 1990s. In the last decade of Gartner's CEO surveys, technology has always been visible, but not so far to the foreground as it is in 2014.

'CEOs who have noticed the rising importance of technology-related change must now invest in that insight,' said Mr Raskino.

'Make the tough choices. Be prepared to cut back in areas that represent the old pre-digital ways of doing business. But maintain a coherent and integrated view of the investment being made. Don't allow too much fragmentation across sales, marketing, digital, IT and other budgets to obscure the view and reduce directional control.'

Gartner also asked respondents about their most important technology-enabled capability investments over the next five years. This year the top of the list is dominated by 'front-office' technology-related capabilities that are used to help in sales and marketing.

> See also: How to really treat information as an asset

Gartner also noted strong interest in basing business operation in the cloud and in using data-driven decision-making via business analytics, big data and data science. Process-centric themes, which tend to associate with back-office efficiency uses of technology, are much further down the list where we see items such as business process outsourcing, dynamic business process management and electronic service enablement.

'Looking at this five-year investment perspective of the majority of respondents something quickly becomes clear,' said Mr Raskino.

'Many business leaders are lagging behind in their understanding of what digital business means, and the disruptions that are only slightly ahead of them. One of the most important things the CIO can do over the next year or two is close the very big gap in understanding, by working on education for the board, executives, senior and middle management layers.

'A decade of believing that IT was a commodity function, to be mostly outsourced, has left many business leaders in a position of relative weakness. Their vision and knowledge of the changes that technology makes possible are not strong enough. Their abilities in making deep, technology-enabled business change happen are not well practiced.'

Hiring and retaining the right talent is crucial to this. The term 'digital' has been around for at least a decade, often in the context of marketing. However, only in the last three years has it really become a major driver associated with the progressive use of technology at the wider business strategy level.

Two years ago the survey found that many CEOs seemed set to hire a chief digital officer (CDO). The 2014 survey found that a quarter of the survey respondents say they now have a CDO. Adding in other VP and senior levels of digital leaders, and those respondents that plan to make an appointment this year and next, it appears that half of these companies will have a designated digital leader title by the end of 2015.

Moving forward, CEOs see digital as a team game and the CIO still has the highest visibility. When Gartner asked CEOs who they would allocate relative responsibility for leading digital innovation and change over the next two years, the CIO came out on top and that's particularly true for those who allocate more than a quarter of responsibility to a single person.

However, many other roles are heavily involved. So CEOs clearly see digital as very much a collective operating committee endeavour.

'Expecting the CIO to be the prime mover in digital is a fairly sudden and major change of expectation and emphasis,' said Mr Raskino.

'Digital is strongly associated with innovation, in front of and for the customer. Two years ago, our 2012 CEO survey found CIOs were low on the list of perceived innovation leaders. Over the last decade, CIOs and the IT function in general have often been tasked as IT cost managers and service quality assurers, but not as strong innovators or business strategy contributors. The sudden shift in expectation is likely to lead to some disappointments and we expect that in turn to lead to some churn in the role.'