Skip to content
Home » Topics » Communications & Networking » Gartner says worldwide IT spending on pace to grow 3.2 per cent in 2014

Gartner says worldwide IT spending on pace to grow 3.2 per cent in 2014 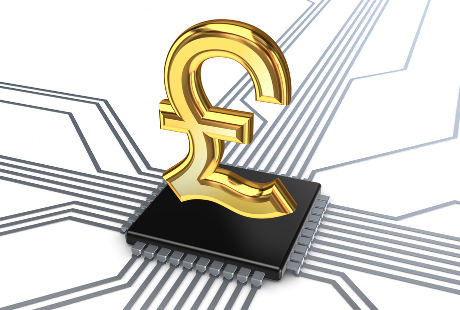 With the global economy showing signs of a gradual recovery, worldwide IT spending is on pace to total $3.8 trillion in 2014, a 3.2 per cent increase from 2013 spending, according to the latest forecast from analyst house Gartner.

'Globally, businesses are shaking off their malaise and returning to spending on IT to support the growth of their business,' said Richard Gordon, managing vice president at Gartner.

'Consumers will be purchasing many new devices in 2014; however, there is a greater substitution toward lower cost and more basic devices than we have seen in prior years.'

> See also: Organisations still paying over the odds for IT

The Gartner Worldwide IT Spending Forecast is the leading indicator of major technology trends across the hardware, software, IT services and telecom markets. For more than a decade, global IT and business executives have been using these highly anticipated quarterly reports to recognise market opportunities and challenges, and base their critical business decisions on proven methodologies rather than guesswork.

The devices market (including PCs, ultramobiles, mobile phones and tablets) is forecast to return to growth in 2014, with worldwide spending of $689 billion, a 4.4% increase from 2013. However, in top-line spending, a shift in the product mix continues to be seen in the marketplace.

The number of traditional PC users is contracting to a set of fewer, albeit more engaged, users. In general, consumers are opting to buy premium ultramobiles as notebook replacements and purchasing tablets as additional devices. As market power shifts to the buyer, and key product innovations become ubiquitous, product pricing is becoming the primary differentiator.

Data centre systems spending is projected to reach $143 billion in 2014, a 2.3% increase from 2013. In terms of enterprise network equipment trends, cloud and mobility are the biggest demand drivers. Virtualisation and cloud adoption are generating significant market traction for data centre Ethernet switches, and the proliferation of mobile endpoints is continuing to drive significant demand for the wireless LAN equipment market.

'In fact, organisational adoption of data management technologies to support the Nexus will cause spending on DBMSs to surpass operating systems, making the former the largest enterprise software market in 2014.'

IT services is forecast to total $964 billion in 2014, up 4.6 per cent from 2013. IT services buyers are shifting spending from consulting (planning projects) to implementation (doing projects), and Gartner analysts expect steady growth in the IT services market as the economic outlook, and along with it investment sentiment, improves.