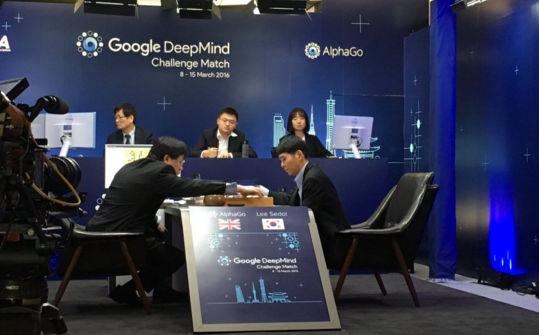 >See also: Why so ‘Siri’ous? – the new world of artificial intelligence in mobile apps

In the early hours of this morning, DeepMind program AlphaGo became the first computer in history to defeat a top-ranked human player of Go.

AlphaGo defeated world champion Lee Sedol by resignation after 186 moves in the first of five matches, of which the overall victor will win $1 million. If DeepMind wins, it will donate the money to charity.

Go is an ancient Chinese board game in which the aim is to surround more territory than the opponent. It is renowned for its complexity because of the trillions of possible moves.

The games are taking place each day this week in Seoul at 1pm Korean time (4am GMT), and are being live streamed via YouTube.

'Lee Sedol is the greatest player of the past decade,' Hassabis commented when the match was announced earlier this year. 'I think that would mean AlphaGo would be better than any human at playing Go. Go is the ultimate game in AI research.'