A guide to working in the Toronto tech scene 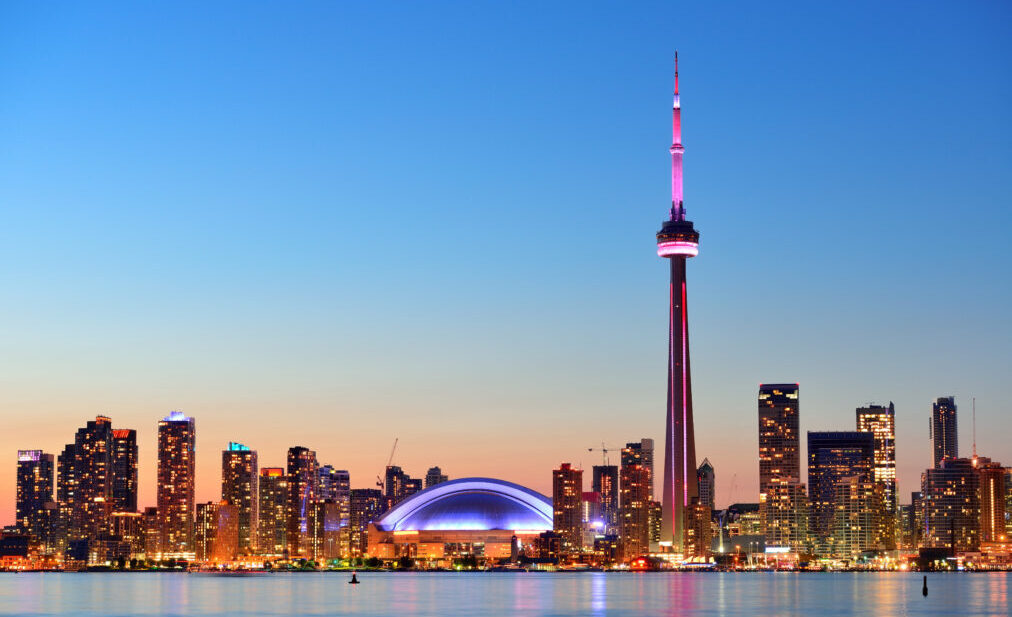 In continuation of our series exploring tech hubs across the globe, we take a look at what the Toronto tech scene has to offer

Are you considering a move to the Great White North? Canada is often a popular choice for expats looking to experience an exciting and friendly culture.

Toronto is Canada’s largest city, and with a metropolitan region of around six million people, it’s often a popular choice for professionals who are craving a vibrant and diverse city life. As a destination, it is extremely safe, enjoys four very different seasons and has plenty of job opportunities – especially in the tech sector

Thanks to years of investment from local universities, government agencies and business leaders, Toronto is now the third-largest tech hub in North America.

It is home to more tech workers than Chicago, Los Angeles, Seattle and Washington, D.C., trailing only New York and Silicon Valley, according to CBRE, a real estate company that tracks tech hiring.

On top of this, Canada has relatively liberal immigration policies and a multicultural outlook. It’s the perfect combination for a tech hotspot. So, if you’re thinking of making a move to T.O., take a look at our guide first.

At this stage, Toronto is synonymous with AI. In fact, the Toronto region is home to the highest concentration of AI startups anywhere in the world. The city has really made a name for itself within the sector thanks to the supportive ecosystem which includes Durham College’s AI HUB and impressive accelerators like ventureLAB.

Toronto’s burgeoning AI community is also attracting global attention from established companies such as Thomson Reuters, Samsung and Etsy. In 2018, online global marketplace Etsy chose Toronto as the location for its Machine Learning Center of Excellence. You can find out more about Etsy’s open roles here.

Canada is a huge player in the world e-commerce market. According to information gathered by Statista, revenue generated within the retail e-commerce market is expected to surpass $33 billion by 2024, up from $25.4 billion in 2019.

One of the biggest Canadian success stories in this field has got to be Shopify. An e-commerce platform that allows anyone to set up an online store and sell their products, the company is headquartered in nearby Ottawa but opened up a second Toronto office in 2019. You can find out more about job opportunities at Shopify on our Job Board.

We can’t talk about the tech scene in Toronto without mentioning the Discovery District. Based downtown, this world-class research park is spread out over 2.5 square kilometres. The park is home to a mix of different companies, but it’s worth noting that it contains Canada’s largest concentration of hospitals and research institutes. The Discovery District invests over $1 billion annually into public and private medical research.

One key healthtech company to look out for is Sanofi Pasteur. In 2018, the French pharmaceutical company expanded its Canadian base with a new $500 million Toronto manufacturing plant. You can find out more about its exciting opportunities on the Information Age job board.

Like all major cities across the globe, transportation is a huge sector in Toronto. The city’s local transit agency, the Toronto Transit Commission (TTC), operates the third-largest system in North America. Toronto is also home to some pretty impressive transport companies such as Joyride, Honkmobile and Roll Scooters.

In addition to this, the city is home to one of Uber’s four autonomous research hubs, alongside San Francisco, Pittsburgh, and Phoenix. The company recently expanded its operations in Toronto with an investment of $200 million over five years and increased its employee headcount from 200 to 500. You can discover Uber’s available roles here.

Toronto is North America’s third-largest entertainment cluster for a few reasons. Firstly, the large tech and creative industry workforce that calls this city home. Secondly, a huge amount of research and development money has been pumped into the region. Finally, lots of gaming companies want to take advantage of the attractive media tax credits.

One such company is Ubisoft. Ubisoft is a French video game company headquartered in Montreuil with development studios across the world. Its Toronto office was largely responsible for some huge franchises such as Splinter Cell, Far Cry and Assassin’s Creed. Ubisoft relies on the Toronto region’s colleges, such as Sheridan, Seneca and Ontario Tech. Check out its open roles on the Information Age job board.

Did you know that in 2019, 50.5 million passengers travelled through Toronto’s Pearson airport? The region around the city has a thriving aerospace community. With a workforce of 20,000 professionals focused on systems engineering, equipment production and integration, the sector adds more than $1 billion in annual wages to the region’s economy, according to the city of Toronto website.

Bombardier is one of the top employers in this field. This global transportation company designs, builds and services aircrafts at 79 production sites across the globe. It is currently hiring for a number of tech roles.

Overall, the Ontario province has 21 university programmes and 28 college programmes that offer diplomas or certificates in cyber security. This abundance of qualified professionals means that the area is a well-known and respected cyber security hub.

The city is home to lots of impressive companies such as Packetlabs Ltd., Nuformat Inc., and Cisco Systems. Based in San Jose, but with almost 300 offices around the world, Cisco Systems is an IT and networking company that specialises in switches, routers, cyber security, and IoT. You can find out more about current opportunities in Toronto and globally here.

Are you ready to make a move to Toronto? You can find lots of other amazing job opportunities on the Information Age job board today.

A guide to working in the Pittsburgh tech scene — Exploring what the tech scene in Pittsburgh, Pennsylvania has to offer.