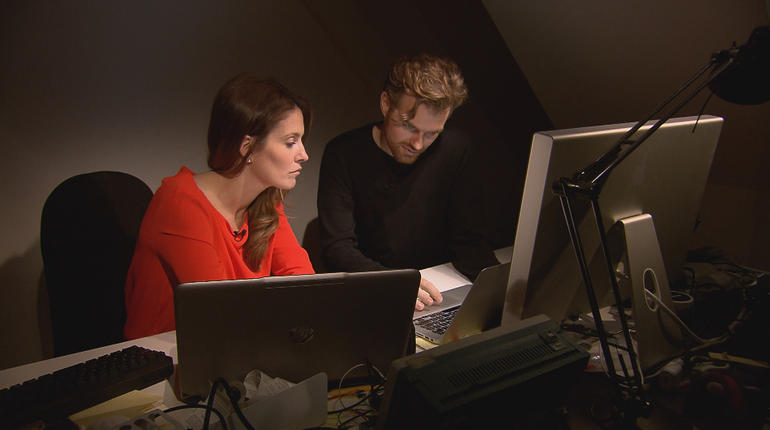 A team of German hackers shocked viewers on US news show '60 Minutes' this weekend by hacking into Congressman Ted Lieu's iPhone, in order to show just how easily hackers can intecept devices.

Thanks to a massive security hole in the SS7 global telecoms network, the researchers showed that all is needed is the target's phone number to track them anywhere on the planet and eavesdrop on all conversations.

The flaw in SS7 already widely known – in 2013, NSA whistleblower Edward Snowden explained how the US intelligence agency could gather over 5 billion phone records a day on mobile phone locations around the world.

But now researchers from Security Research Labs have demonstrated first hand that it's still leaving billions of mobile phones around the world vulnerable to hackers and spy agencies.

The global signalling system or Signaling System Number 7 is the heart of the worldwide mobile phone system used by a majority of telecommunications operators around the world to collect location information from signalling towers and share it with each other to direct calls, texts and internet data. It handles billions of calls, messages and other data every day around the globe.

The SS7 network is used by all makes of smartphones and operating systems and is not confined to Apple, but Congressman Ted Lieu, who sits on House subcommittees for information technology and national security, agreed to be a guinea pig for researchers in Berlin to break into his iPhone in Washington using a common US telecoms carrier.

They later played back his private phone conversations to him, explaining how they also tracked his movements around the country, and could easily intercept his SMS, emails, contacts, billing information and all outgoing and incoming calls.

Because SS7 operates independently of a phone's GPS system, it can track the location of a smartphone using data from the network carrier. And because it's not controlled by any one company and has no global policing, each network has the responsibility to protect their customers on their network.

> See also: WhatsApp finally rolls out end-to-end encryption for a billion users: good news for IT?

Karsten Nohl of Security Research Labs alerted network operators to the flaw in 2014, but while a few were patched, enough have remained to be able to listen into to everything happening on a phone with just a victim's phone number. Exactly why such a huge vulnerability has been shown to still exist when it has been known about publicly since 2014, is unknown.

'The people who knew about this flaw should be fired,' stated Congressman Lieu. 'You cannot have 300 million Americans, and in reality the global citizenry, be at risk from having their phone conversations intercepted with a known flaw – that is not acceptable.'

The demonstration led '60 Minutes' presenter to ask 'is everything hackable?' to which Karsten Nohl answered: 'Yes, we live in a world where we can't trust the technology that we use.'