How Apple will dominate the Internet of Things 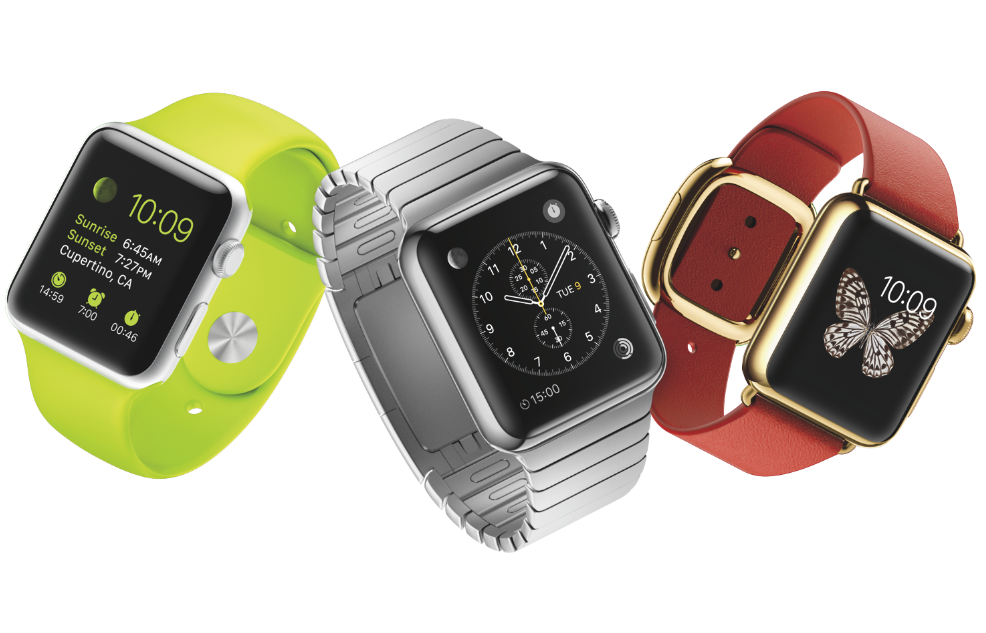 Apple has officially staked its claim in the Internet of Things (IoT) as the present and future of technology.

Just as it disrupted and conquered the MP3 and smartphone markets, Apple seems to already be wearing the crown of the next tech wave and expects to stay on the throne for the imminent future.

What about the actual product though? In the IoT space, we’ve already seen smart watches, fitness trackers, heart monitors and electronic mobile payment systems. But Apple has turned the IoT world upside down by creating all of these products in essentially one device with the Apple Watch.

Think of Apple Watch as the ‘hub’ for the Apple ecosystem or the platform that will connect our physical lives to the IoT. The current capabilities debuted in the first version don’t scratch the surface of what the Apple Watch is capable of.

Time will only tell on what’s to come with future versions of the Apple Watch, but chances are it will provide more opportunities to offer all-in-one services.

Apple Watch is not just another wearable with many features and services – when you combine its DNA in slick hardware, delightful user experience, powerful brand following and army of developers, users will no doubt flock to the Apple stores when the Watch is released.

Whether it’s to have the latest technology, or to take advantage of its most intriguing and latest features, that will disrupt life as we know it.

Getting into payment systems with Apple Pay is a huge deal for Apple, as it brings massive leverage to Apple as a payment transaction processor, in addition to huge revenues.

The combination of Apple Watch, Apple Pay, NFC, iBeacons, and Apple’s biggest asset, the App Store, will give the company a real advantage in dominating this space.

In terms of what this does for IoT, this is a big step towards reducing friction in completing transactions for businesses and consumers, whether these are machine-to-machine or machine-to-people.

As more devices and apps start connecting and creating a whole network of 'things' to do more useful tasks, having systems such as a ‘payments fabric’ that span across and make the IoT usable for consumers and business will be critical in driving real adoption.

An apple for an Apple

Apple products have a storied history of only working well with its own products, and the Apple Watch is no exception, as it’s only compatible with the iPhones 5 and 6. Does that have an impact on the general public and their potential acceptance of the Apple Watch? Not really.

According to a comScore Report from early September, Apple ranked as the top smartphone manufacturer with 42.4% OEM market share.  And even if only 5% of Android users said they were ‘very likely’ to switch to the iPhone 6, according to a survey from CNET, that’s still a lot of iPhone users.

The company will always gain new users when they launch a new product. The exclusivity might be inconvenient to some, but it works. If users want Apple’s products, they will have to continue to go all-in.

At the launch, we saw some of Apple Watch’s current apps tied to Facebook, sports scores, car location tracking, and an app that will unlock a user’s hotel room door.

These apps show that Apple is off to a good start, as some of these apps are what users already want from their smart watch, and other apps that users didn’t even know they wanted, but they do now.

However, Apple has to make sure they keep the train going on creating innovative apps for their wearables. If app developers don’t continue to create compelling, useful IoT products and applications, they won’t get integrated into the lives of mainstream users. And if that happens, developers won’t get paid, which won’t provide them with the motivation to create IoT apps in the first place.

As Apple displayed at the Apple Watch launch, it recognises that IoT products have an equal emphasis and importance on the device itself and the apps for the device.

As long as it continues with this approach and mentality, success within the IoT is all but guaranteed.

Since the early 2000s, Apple has prided itself on bringing innovative technology from niche tech enthusiasts to the masses, especially winning over those who can relate more to Fred Flintstone than Steve Jobs when it comes to technology.

This has been proven with Macbooks, iPhones, and iPads – and it’s pretty clear that the Apple Watch will follow this pattern as well.

It’s almost inevitable that Apple’s numerous competitors will start to copy some of their ideas and offer it for a cheaper price.

That’s the way things have gone since the iPod was created (remember Zune?), and it followed suit with the launch of the iPhone and iPad.

It certainly felt like a larger amount of users and consumers were hesitant to join the IoT revolution to see if Apple would get behind it, and we have our answer now.

Apple isn’t the only established brand to invest in the IoT, and it won’t be the last. However, with the Apple Watch and other Apple products, Apple CEO Tim Cook is changing the game entirely.

Arguably, no brand has more cache in the tech space than Apple. Even though companies like Samsung, Nike and even Google have made plays into the wearable space, Apple’s name just carries more weight than all of those companies for consumers.

If you ask a majority of the people in the world to name the first tech company that comes to mind, they will say ‘Apple’. And come early 2015, they won’t even have to check their iPhones, ask Siri or look at their Apple Watch to confirm that.