How application programming interfaces (APIs) have transformed the consumption of sports 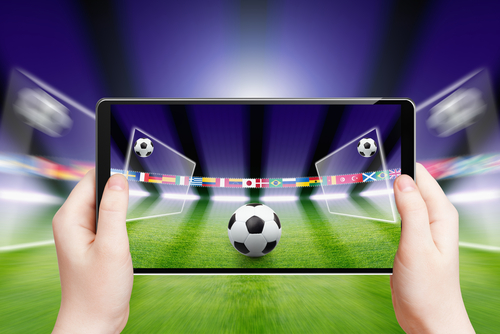 Some things haven’t changed in the past four years. Football is still the world’s most popular sport and it’s estimated that more than 1 billion people watched the final of the 2014 World Cup, surpassing the 2010 final (909 million).

But with the tournament over, it’s clear that one major change reshaped our football-watching experience: technology.

In the last four years, social media has revolutionised how people watch and interact with sports. Facebook has a user base that would equate to the population of the world’s second largest country, while Instagram enables the photo and video sharing of 200 million active users per month.

People live-tweet events at the speed of 4G LTE, and don’t think twice about streaming high-definition video, graphics and real-time data to mobile devices anywhere at any time.

With mobile continually increasing in popularity, the EU has predicted that the European app economy will grow exponentially from the current value of £14.4 billion to £52 billion.

In the last two years, apps have put the world right at our fingertips. From running daily errands to conducting sophisticated business-specific processes, applications are providing endless potential.

We are in the midst of an ‘apps revolution’ that has changed how we interact with the world in real-time. Application programming interfaces (APIs) are the disruptive technology that has made all this possible. And recent global sports events offer a great opportunity to see this technology unfold in action.

Leading the charge on delivering real-time sports data through APIs is 4G. There are now around 6.5 million 4G subscriptions in the UK, and the market is growing fast. This increased connectivity has dramatically changed the face of sports and will continue to do so.

Since the last FIFA tournament we have seen the adoption of innovative sports-oriented GPS technology, data visualisation tools, and live ‘game casts’ that provide incredibly detailed statistics and views of athletic events.

From this we are seeing rapid adoption of ‘second screen’ interaction. The proportion of people watching the tournament on their smartphones doubled since 2010 to 62%, while one third of football fans followed the action from their tablets.

APIs turned the tournament into a truly multi-screen event, as fans were able to view, chat, vote and bet simultaneously across digital devices.

At the same time, 14 high-speed cameras connected to an image-processing computer that filtered out non-ball-shaped objects, and tracked the ball's position to within a few millimetres, were placed on the roofs of each of the 12 stadiums.

When the ball crossed the goal line, the system sent a vibration to the referee's watch and the word ‘GOAL’ appeared on the screen, almost instantly.

APIs offer the flexibility to capture the right data at the right time and transfer it where it is expected. The complete lifecycle of data is managed, making the data flow fast, accurate and controlled.

Although football has rightly been the focus of attention, mobile connectivity has transformed all major sporting experiences. According to the BBC, nearly two thirds of BBC Sport content requests during the Wimbledon men’s final against Andy Murray and Novak Djokovic came via mobile devices.

Radar guns determined how quickly the ball was travelling, relayed the information to commentators and displayed it on the courtside screen. Hawk-Eye, on the other hand, a form of ball-tracking technology, projected a graphical representation of the ball's course to a big screen or television display.

The officiating system used multiple 2D cameras to capture the ball's journey and mapped out a digital model of the court. It then triangulated data from the 2D cameras to provide a 3D representation of the ball's position.

But this was more than a graphical tracking of the ball’s trajectory. The flow of data between these implementations and their translation into meaningful statistics and figures required the efficient management of APIs.

APIs are the glue that holds this digital architecture together. It is giving fans around the world the opportunity to tap into this information and stay connected with their favourite sport by accessing near-live highlights from the tournament's biggest matches on Facebook, Twitter and Google+.

It has without a doubt influenced how people view sporting events. APIs enable the collection and procession of complex data at high speed, converting them into facts and statistics on teams, players, goals, assists, tackles, breaking news and all aspects of the event.

During the 2014 football event viewers were able to track statistics in a way they could not have fathomed four years ago, and the prospect of being able to delve so much more deeply into the sport is exciting.

For millions of fans the game results, standings and news were followed on the device in their pocket. API-enabled data delivery means fans don’t have to miss a single kick ever again.

Global sporting events are a big deal no matter what technology is available to power it. At its heart it’s a show on the world stage that people in all corners of the globe can relate to, revel in and enjoy.

But this year’s tournament was so much more because of technology. It was rightly named as the first truly digital tournament that enabled people across the planet not only to accumulate football knowledge, but to come together and celebrate.

This is what sports are essentially about and technology has turned this into reality thanks to the use of APIs.