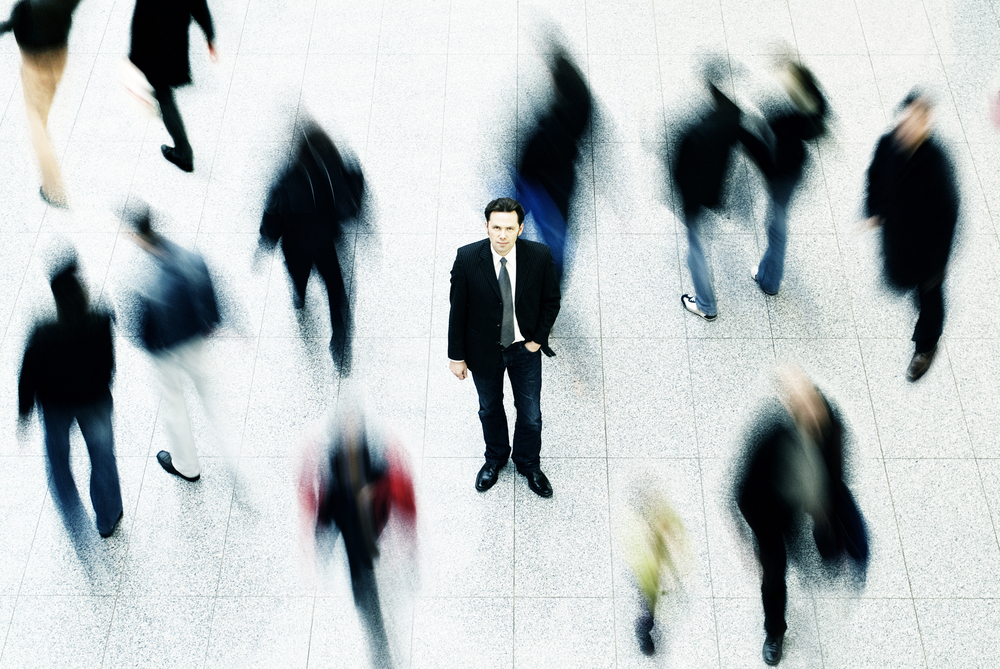 The essence of crowd science, a burgeoning and ubiquitous discipline stemming from traditional data science, is to draw relationships about underlying truths from crowdsourced data – to find connections that may have otherwise not been seen. Psychology and sociology now come into play because individuals in the crowd interact and influence each other, creating new and often-changing truths.

Through study of the employees or citizens, and the relationships between them, we can harness the power of the crowd to innovate and drive impactful change on a large scale. However, there are concepts of crowd science that can be utilised on a more personal level as well; the art and application can be effectively used to uncover key players and understand how relationships between individuals influence greater processes and communities.

Social network analysis is an example of a discipline that has been applied to several matters of international importance including the capture of Saddam Hussein. US intelligence analysts used advanced math on social networks visualised by link diagrams to uncover the key aid of Saddam’s, which lead to his capture. This individual was identified because he had a high 'betweeness centrality' score, meaning he was a natural connector and was found on the shortest path between many other nodes in Saddam’s network.

> See also: How to get your retail organisation ready for the data scientist

Without this mathematical perspective, the analysts would probably have overlooked him due to the different social processes and hierarchies in place compared to Western culture. Because of this, they had not realised the individual’s importance to Saddam – for example, he was not a well-known figure in the government like the previous suspects in the search. Using network analysis and link diagrams allowed the analysts to make this imperative connection that otherwise would have gone unnoticed.

Now imagine applying this scientific rigor to the environment in which many of us spend the majority of our time: at work. If you work in the corporate world, crowd science can make all the difference in your job. Institutions and corporations often can be siloed, with little communication between teams and departments.

However these departments are tied together and affect each other in ways that can only be understood by looking at data, and it may be detrimental by negatively impacting productivity and innovation. Departments affect each other, employees influence each other, and crowd science is key to understanding these relationships and networks, which is critical for repeatable innovation.

Traditional analytics and data science are used to measure the impact that marketing is having on sales, e.g. which marketing campaigns are contributing to sales pipeline and how much. One can forecast how many deals will close by the end of the quarter given the number of opportunities in the pipeline, and historical close rates and times.

We can measure the effect of a product point release on conversion versus an end-of-quarter sales push. This measurement, reporting and optimising is at the heart of efficiency, productivity, and effectiveness of employees and the business as a whole. But crowd science takes a step beyond in that it is used to understand the psychology and inner workings of an organisation.

What may have originally been considered independent departments, under the crowd science microscope really are seen as interconnected parts of a larger organism, the company. Studying social, behavioral, and political data applies on a smaller scale, within a company and even personal relationships. It doesn’t just have to apply to the larger masses. Within a company, we can look at the graph of people, which consists of nodes, relationships and connections. Study how everyone interacts and influences each other on an individual or departmental level.

> See also: Emergence: the next efficient evolution of crowd-sourced innovation

Departments affect each other, employees influence each other, and relationships are key. Much like the analysis that allowed for Saddam Hussein’s capture, we can use similar analysis to find the natural connectors in innovation networks, which are not always so obvious. For example, success stories include businesses discovering that the company’s top innovator was a call center worker. This person was not the most active user, but was contributing to meaningful, innovative ideas – a pleasant surprise for the innovation management team.

Cigna, the global health services organisation, conducted a social network analysis to identify the key connectors in their company network as part of a strategy to become a more global business. Their findings came as a surprise as half of those identified were not in the group that leaders had expected. They in turn rewarded these employees for the informal, yet crucial roles they played, which the company later turned into an official retention strategy.

This illustrates a larger paradigm at hand, which is that the traditional structure of organisations is not necessarily aligned with the more complex and informal social networks within a company that have the biggest impact. Productivity in the workforce no longer results from a hierarchical structure, but rather the relationships between employees that develop from and give way to collaboration, and should be fostered and leveraged. The old fashioned system of strict top-down management produces siloed information, can discourage the natural connectors, and inhibits innovation.

For those of us behind the scenes of data analysis and crowd mathematics, the goal is to encourage leaders who are hubs of decision making to empower their crowds both individually and collaboratively. What was once a seemingly random and uncontrollable is proving to actually be manageable through the process of innovation. With crowd science, we can repeatedly demonstrate actions whose success ripples through an entire company. Crowd science is crucial for the development and harmony of individuals, organisations, and global communities.