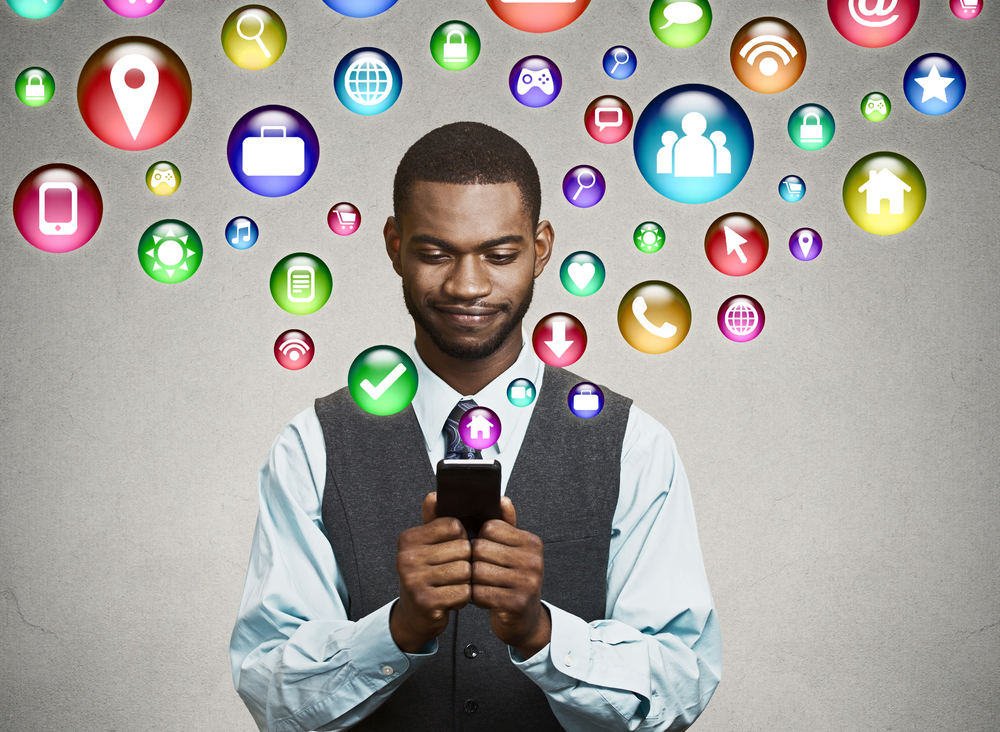 Organisations have been quick to embrace mobile apps for use with their customers and these have transformed the way people now interact with service providers such as banks and supermarkets. From ordering takeaways to checking bank balances, mobile apps make it easier and faster to get things done on the go.

Some companies are now also branching out into bespoke mobile apps for employees, which can help make their days smoother and more productive. Some are using mobile apps that make it easier for employees to share and review documents on the go, others are using them to allow mobile case workers to record case information out in the field, while others are developing apps for ‘front-of-house’ workers which allows them to access information without having to revert to ‘back-office’ desktop devices.

> See also: Mobile apps: a matter of life and death?

Equally, many businesses are still intimidated by what they see as a time intensive and costly process to design and develop these types of applications. They mistakenly believe that designing a bespoke app will take a significant investment in terms of time and money. But this is not the case. Done right, it’s possible to have an app out and being used by employees in just a few months and it doesn’t need to be expensive. The key is to undertake small and agile pilots out in the field and have a very clear view of what business benefits the app will bring.

Don’t get bogged down in the planning

Although you will want your app to be able to execute the core tasks simply and efficiently, people often fall into the trap of trying to get the app to do too much. Instead, you should focus on the minimum the app needs to do to usefully serve its purpose. And establishing this should not take a huge amount of time. A couple of days with an engineer should be enough for them to work up a first version of the app. It’s a general rule that 80 per cent of the functionality can be delivered in 20 per cent of the time, with much of the extra time being spent shuffling code around to try and get extra features in. Instead, keep a laser sharp focus on what the app is for, rather than becoming distracted.

During the testing phase of the app there’s usually no need to test it at more than a couple of locations with more than a handful of users at each location. Feedback from a small control group should be enough to establish what is working and what isn’t; if more locations and people are added into the mix it will slow the process down with no additional benefits achieved. Choosing the right individuals to participate in the pilot is also key, they must have the right attitude and be willing to embrace the new technology and change. Getting end-users on your side early on is vital to the success of internal mobile implementations.

During the trial, the engineers will be gathering data which they will then combine with feedback from users at the end of the pilot. A clear plan can then be put together that will deliver an app that will actually help employees do their jobs better and wasn’t prohibitively expensive.

Put user experience at the heart of the design

For apps, success often stems from them being easy to use. It’s important for the app to be designed in such a way that someone is able to use it within seconds of first picking it up. Mobile apps are of course different to desktop applications in that people don’t spend hours using them each day, they duck in and out quickly, so the apps need to be extremely intuitive. User experience is key – no one’s going to go on a training course to learn to use a mobile app!

And while apps are there to help people work more efficiently and productively, that doesn’t mean they have to be boring. Many consumer apps are designed to be enjoyable to use, and just because it’s a business app it doesn’t mean that it has to be staid.

The right business apps can have a transformative effect on the way people work. And with office-based, 9-5pm jobs becoming less common as flexi-time and working from home becomes more popular, apps are an excellent way of keeping employees connected and productive. Businesses should not be afraid to see how a bespoke mobile app could help their workforce. It doesn’t need to cost the earth or take forever. By engaging in a small and focused pilot, it’s possible to have 'appy' employees in no time.