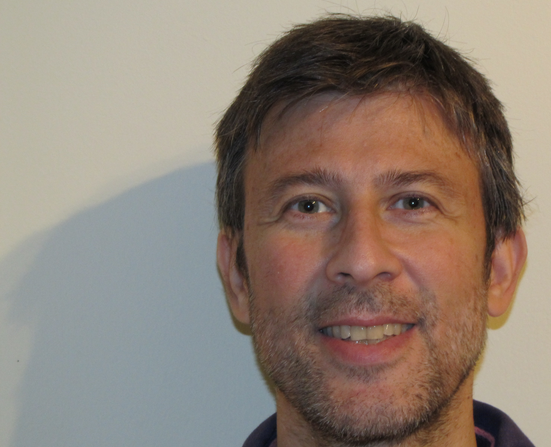 Michael Seres is a long-term condition patient with a difference, one the NHS can learn a lot from. At 12 years old he was diagnosed Crohn’s disease, an incurable bowel condition that since led him to have 20 major operations, an inability to eat or drink and intestinal failure, before he eventually became the 11th person in the country to undergo a bowel transplant, something that carried a 50% survival rate.

Michael is now in his forties but from the moment he was diagnosed the key to his remarkable journey was engagement. As a teenager, Michael was encouraged by his specialist to take some responsibility for his own health. With only five people having survived bowel transplant procedures in the UK, the decision was not taken lightly.

During his time in hospital Michael started a blog, which his medical team read to grasp if he really understood what was happening to him and the decisions that needed to be made.

Wanting to leave hospital, Michael asked for his test results to be sent to him by text message. He then asked for his doctors to tweet results to him – something they had never done before. By mistake, a secure direct message wasn’t used, but four other surgeons around the world started to pose suggestions and ideas about his results, further contributing to his care.

Eventually Michael wanted to avoid the 90-minute journey for his weekly appointment and asked his transplant team to engage him through Skype. They refused, but a surgeon made the Skype call from his home. Five months later the entire hospital embedded Skype in their working practices as a way of engaging with patients.

Michael is in many ways a remarkable patient, and without doubt a truly inspirational person. He has encouraged the health service to share his information in new ways, so that he can be genuinely engaged in his care.

The point is that Michael is the driving force here. After his initial engagement in his care at 12 years old, he has driven that engagement beyond the realms of what the health service believed it could offer. He shares a common aspiration with many patients: the need and want to have control over their own outcomes.

No good talking about engagement – it must happen, genuinely

A democratisation of the health service, fuelled by information, is now starting to emerge. Yet, as much as there is a great deal of talk and discussion about engagement, is this really happening everywhere? The answer is almost certainly not. But there are means by which we can and must make this happen.

Lord Victor Adebowale, the chief executive of Turning Point and a man who is driving forward patients’ interests with a passion, set out some very important rules for patient engagement when he was addressed an audience in London Olympia in September.

“The NHS was founded by people, not by policy makers, not by politicians,” he said. “I believe the NHS needs to be returned to the people. One of the routes of doing that is through information and data.”

Lord Victor is absolutely right. And even more so when he continued to explain that patients need to understand that information – everyone ranging from those with the latest smartphones, through to the people who currently don’t have access to the internet, or know anything about NHS 111 or their out of hours GP services, or those who need information the most, but who may currently get it the least.

The essence of Lord Victor’s comments is that data and information must actually make a difference to people. For that to happen they need to be engaged.

There are some parts of the health service that are already excelling in their patient engagement agenda. For example, some pioneering commissioners are already taking major steps to achieve joined-up care, ensuring that they take patients with them.

East and North Hertfordshire Clinical Commissioning Group (CCG) has, for example, been working with Hertfordshire County Council to share data and create real benefits for patients. The council had sought consent from every one of its service users to share information with healthcare organisations in the area and as a result 90% of the council’s activity is now linked with an NHS number.

This ability to link secondary care with community care and social care will put the CCG in a very strong position to improve care, measure outcomes and evaluate the quality of care patients receive.

But regardless of the policymakers, health and social care managers and even the pioneers amongst them, it is patients who will drive this use of information, just as Michael Seres has done with his care.

We now live in a society where many people use communication devices and wearable technologies everyday and at an exponentially growing rate to monitor their own fitness and health. Patients are already willingly sharing their information.

>See also: The NHS is sick – big data could be the cure

This is great news. With a patient’s buy-in, information has the power to improve their care so dramatically, and the more information that is linked, the better the chances of improving their own health and wellbeing.

Patients want to be kept well, they want to benefit from the predictive and preventative medicine of the future, and they want to know that they can make a difference to their care and live longer, better lives by doing X, Y and Z.

Communicating and genuinely engaging with them on just what can be achieved with their data and with their involvement and use of that data will only fuel this unstoppable force further. This is, as Lord Victor said, about what data means to people.

See also: AI and data is helping the fight against disease