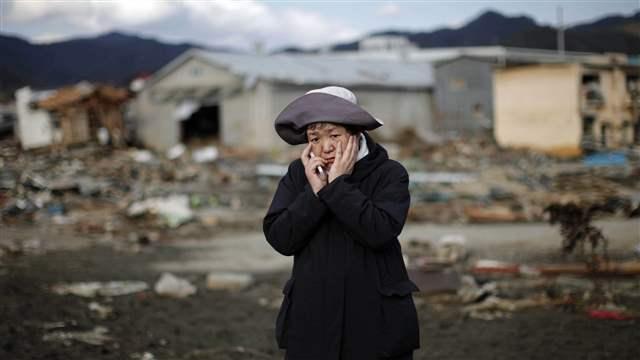 Renowned IT risk-taker Dr David Bray, speaking at Cloud World Forum in London last week, urged IT leaders from public sector and business alike to become agents of change during these ‘exponential’ times, working to improve our world collaboratively through the increasing availability of digital tools.

Since becoming CIO of US regulatory body Federal Communications Communication (FCC) in 2013, Bray has championed cultural change and encouraged experimentation, saving taxpayers millions by taking citizen-led mobile crowdsourcing to the public sector for the first time and replacing more than 200 legacy systems with award-winning tech in just two years.

He’s done this by cultivating a network of ‘change agents’ from the bottom up – people who are commited to stepping outside expectations and going the extra mile to encourage innovation.

The main thing, said Bray, is to recognise that ‘management’ and ‘leadership’ are different things- ‘management is doing what’s expected of you, whereas leadership means stepping outside of expectations. When you’re a true change agent there will be someone who will want you to get back in the box, and you’re going to have friction. We need to become IT change agents- leaders who illuminate the way, manage friction and step outside the status quo.’

The digital world, said Bray, is going ‘exponential’ – the 14 billion networked devices in 2015 will explode to between 50 and 200 billion in 2020, with more digital content straining our attention spans, our organisations and our societies as a whole.

In these exponential times, said Bray, public service must adapt.

‘I define public service as what we the people choose to do together. We’re going to have to experiment, encourage failing fast and failing often, because there’s no textbook for where we’re going.’

>See also: Time is running out for public sector organisations to get their data in order

However, the public sector faces in a unique challenge in that it depends on taxpayers’ money and there is often little room for mistakes. For this reason, public services organisations are known far more for their rigidity than their willingness to take risks. But as Bray points out, the word ‘experiment’ has its roots in ‘out of danger.’ In the US, the representative democracy was born from an experiment in self-rule, and ‘out of danger’ came experience.

In modern government, ‘change agents’ will have to become human flak jackets, taking the heat and creating safe spaces for others to conduct calculated experiments.

Bray used the example of Ensign Chester W. Nimitz, who famously ran a US Navy destroyer aground back in 1904. Nimitz was court marshalled, but instead of being relieved of duty, was assigned to submarines instead. He went on to become one of only two five start admirals in the US Navy, playing a major role in World War II and pioneering the conversation of vessels from gasoline to diesel, as well as approving the world’s first nuclear-powered submarine.

‘Imagine if this happened in 2015,’ said Bray. ‘How many people would be asking for him to be fired on Twitter? He’d probably not have survived. We’ve become more transparent as a result of the internet, but we have become less tolerant of people making mistakes earlier on in their careers so that later they can learn from it and become innovation leaders.’

So how do we tackle this? Part of the solution may be getting the power of the crowd onboard.

‘We did this in late 2013, sooner after the events of Snowden,’ says Bray. ‘How many people would’ve thought, if I’d have said ‘hi, I’m from the government, would you like to download an app for your phone that automatically gathers data’ I’d have got a lot of demand? But because we made the code open source, we were the fourth downloaded app in a few months! We had privacy built in by design, and open source has a role to play in this.’

Other examples of where public services have taken technology to the crowd to solve problems include crisiscommons.org, a system created to help emergency agencies and citizens to voluntary share information to help respond to disasters.

During the Haiti earthquake, a pregnant woman was able to give birth safely after others alerted her via SMS to impassable roads and broken bridges, steering her to a US hospital ship off the coast.

‘The next billion people who get a smartphone will probably get it for less than 45 bucks,’ said Bray. ‘So we need to start thinking – can the public volunteer smartphones as sensors, to collect data and inform policy, or lend computing cycles for hard problems?’

The magic recipe of mobility and APIs is allowing research institutions to open source data for greater public interactions, discussions and citizen-led remixing. And the ‘makers movement’, a second citizen revolution in computing based on the original garage hobbyists of the 1970s, may be about to bring the Internet of Things into a garage near you, said Bray.

Things which were previously expensive to make and restricted to just government and industry are becoming available for anyone to experiment on. The potential of public services to make use of these social and civic innovators will be unprecedented in years to come, if leaders within organisations can become the ‘change agents’ needed to spark these ideas into life.