How the way businesses interact with customers will change in 2015 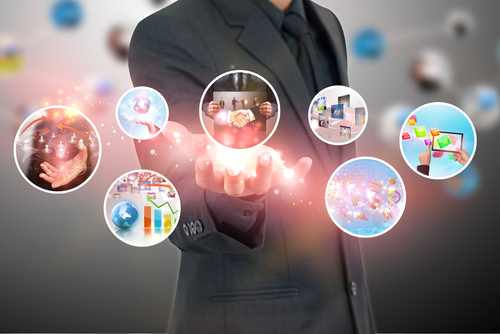 2014 has been a time of rapid change for the tech industry and the businesses and consumers that rely upon it.

Wearable technology started to make its mark, cloud computing became the norm and software-defined became a hot-topic. Most of these trends were driven by consumer behaviour and the enormous changes that have occurred in the relationship between customers and organisations over the past few years.

The impact of these changes on businesses will become unavoidable in 2015, making it the year of the customer.

Consumers will continue to gain power, while companies that haven’t caught on yet will need to adapt their processes and underlying infrastructure rapidly.

This year, the speed of business increase has rapidly increased due to changes in customer expectation, social media and mobility – and is causing technology headaches behind the scenes for many organisations.

Consequently, they are beginning to realise that their technology infrastructure, including the corporate network, plays a critical role in helping them to engage with their customers and employees alike, in an agile and timely manner.

However, most businesses are still relying on networks that are slow, inflexible and often unstable. Research conducted by Avaya earlier this year showed that organisations often spend more than nine months per year waiting to make network changes required to deliver a new or improved service to the business.

In 2015, thanks to a better understanding of this problem, companies will begin to move to a next-generation networking approach that can cut costs while being much faster and simpler to run.

2014 also saw cloud in the headlines a lot, underlining just how dependent on this technology consumers and some businesses have become. According to research from the Cloud Industry Forum (CIF) released this summer, some 80% of UK large enterprises have adopted at least one cloud-based service.

But we are now at the tipping point where this is set to change. The benefits that cloud can deliver to these growing, vibrant businesses are instantaneous, delivering a bottom line impact in weeks.

Until now, many business communication applications have been out of financial reach for the midmarket. However thanks to tailored midmarket solutions and flexible cloud delivery methods, this is now changing.

What’s more, putting business comms applications into the cloud gives midmarket companies the flexibility and agility that allows them to respond to their customers even more quickly and appropriately, enabling them to meet ever-increasing customer expectations.

This year, wearable-device launches have continued to gain momentum, from the hype around the Apple Watch announcement to test-case uses in healthcare. Wearables provide a fresh means for consumers to interface with businesses, which, in turn, can offer a whole new level of customer engagement.

We will start to see an increasing number of organisations offering customers the ability to interact with them via their wearable devices. For example, banks might offer video chat via Google Glass or another wearable device to customers who are having trouble using an ATM.

As consumers have become accustomed to watching and communicating via video, businesses have increasingly been offering video chat to their customers. Research shows that Generation Y typically prefers not to use the phone, while Generation Z shies away from email too, making video often Millennials’ first-choice communication method. With every passing year, more Millennials are joining the workforce and, in 2015, their growing spending power will continue to fuel this trend.

As we approach the end of 2014, there are more than 1.3 billion active Facebook users and 280 million Twitter accounts, creating billions of conversations daily. Reflecting this, social media engagement seems to have become a numbers game as companies have focused on growing the size of their following.

While social media efforts will continue to increase next year, they will move to a quality-first approach, examining the impact on sales and their overall business objectives. In doing so, they will rely not just on analytics, but also on an omni-channel customer-engagement platform that seamlessly feeds social media analysis and interactions into the contact centre.

Moving into 2015, as customers continue to take centre stage, businesses will above all need to focus on engaging them in myriad ways, encouraging interaction between them, employees and even third parties. Those that can do this successfully will be next year’s winners.