How White Castle used predictive modelling on a chicken sandwich 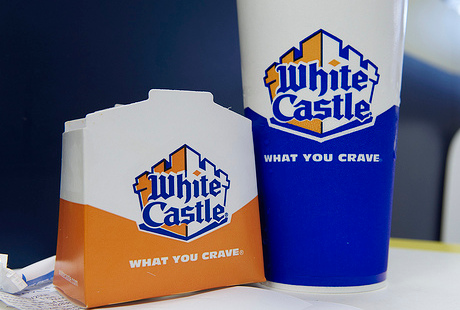 White Castle is not a global company, though – its restaurants are found mainly in New York and the Midwest. Nevertheless, in those markets it competes with some of the world's best known brands, such as McDonalds and Burger King.

According to Kim Bartley, VP of marketing at White Castle, the company's principle challenge is "to find ways to compete against the big guys who have unlimited funds".

One of White Castle's advantages is that it is not a franchise. It therefore owns the data that is collected at all of its 400-plus outlets.

Until recently, though, the company was beset with some common data management issues. Every department would put together its own reports, based on its own data, and senior management would often end up with contradictory information.

This slowed down the decision-making process. "We would just keep going back and analysing and re-analysing the data, and we wouldn't get anywhere," explains Bartley. "There was a constant 'doubting Thomas' approach."

Last year, White Castle decided to address the issue head on. To do that, it turned to predictive modelling software company APT.

APT's cloud-based solution is founded on the principle of test-driven decision making. Instead of simply collecting data and hoping that the optimal future strategy emerges from the right chart or visualisation, the company helps its users design, implement and analyse statistical tests.

The customer will develop a hypothesis, and the software will inform them how many tests to run, in what circumstances and what variables to alter. They can then analyse the test results to find the best course of action.

One of the first challenges that White Castle used APT to address was the development of a new product: a grilled chicken sandwich, or "slider".

"We started with two products that were the same from a branding standpoint but had two different cooking processes," explains Bartley. "The first thing we did was test the cooking process. We did some consumer testing to find out which of the two processes resultsi in the better product."

"Then we ran some market tests," Bartley says. That meant trying the product out at a few select stores to gauge its popularity.

White Castle used APT to decide which stores to test the product in, based on who representative they are of the chain as a whole. "The software helps you identify whether the results of your tests can be projected to the whole business, so you don't have to test the product in every store."

In these selected outlets, White Castle tested variants of the product, each with a slightly different formula. "We tested the product at different prices, and with different combinations of toppings," Bartley explains.

Over the course of last year, White Castle went through four incarnations of the product before selecting the optimum grilled cheese sandwich – i.e. the one with the highest statistical probability of success.

The product was launched in August so it's too soon to tell whether White Castle's analysis is correct. But its experience with the software means that it is expanding the use of APT internally.

"The outcome of being able to report to our leadership team [using APT] is that we can move more quickly," Bartely says. "We can stop something that isn't a good idea and prevent it from rolling out across the entire enterprise, or spot that we need to do more testing.

The marketing department is the biggest user of the software, but it is increasingly being used by accounts. "We are using APT in as many ways as we can," Bartley says. "I think we've just tapped the surface."

Importantly, she adds, APT the company has helped White Castle train staff in its stores to understand the statistical reports that the software produces.

"APT has done a great job of helping our teams across the enterprise use the data even if they are not using the software," she says. "It allows you display the analysis visually – with a red, green or yellow sign, for example – so someone may not understand the statistic and test, but they can understand what it means.

"That's really important if you're going to invest in something like this – that people feel they benefit from it."