How will the 2015 tech manifestos affect UK businesses? 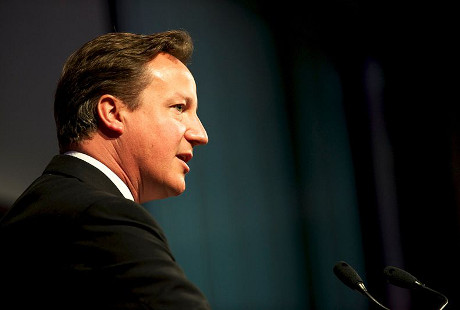 The race for the 2015 general election is heating up. Every day we are bombarded with statements and promises surrounding the economy, healthcare and taxes, but what about technology? With technology now underpinning almost every aspect of our society it only seems fitting that it is placed high on the election agenda.

Business will be directly impacted by the new technology policies, so it is important to pay attention to what is being promised. But what is part of the parties' manifestos?

There are not many policies that the main political parties agree on, but the importance of superfast broadband is one of them. For the most part, each political party is backing plans to increase broadband speeds in residential and rural areas. While a fast connection seems a basic human right, it is something that a huge number – especially in remote areas – do not yet have access to.

> See also: The election won't be won or lost on social: but what can it tell us about tonight's TV debate?

According to Ofcom, in 2010 superfast broadband was not available anywhere in the UK. By 2013 however, nearly one in three UK broadband connections was superfast. This initiative has clearly had success so far, but it needs to be continued to broaden the reach and provide ongoing support for people and businesses. Access to superfast broadband would help to improve overall connectivity and working capabilities for many, especially those working from home.

Again capitalising on the importance of connectivity, the Conservatives want the UK to take the lead in 5G development. Having access to 5G technology will improve connectivity on the go making working remotely via email, video conference or otherwise more accessible across different devices including phones, tablets and even smart watches.

This in turn allows more people to make use of the governments’ flexible working initiative which was created to improve ways of working for those who need it.

Labour on the other hand, has pledged to fund science and innovation supporting fields such as robotics, 3D printing and big data.

The Tories have also vowed to make the UK the 'technology centre for Europe' promising investment in startups and innovative businesses around the country. This will allow startups to flourish and increase the chance of success for new dynamic UK businesses.

Investing in the technology of the future will not only position the UK as a leader in this field but also, it will encourage UK residents to stay in the country to work and will attract strong overseas talent for businesses.

> See also: With just under 100 days to go, will public sector IT be put on hold until the election?

For the most part, the majority of political parties have pledged to increase funding for innovation and technology and increase connectivity across the UK. With better funding and improved access to the internet, people can learn, workers can upskill and businesses can grow, which will contribute to the technology industry and the economy on the whole.

Working out which political party will come through on their pledges for the technology industry however is a whole different ball game. Where does your vote lie?