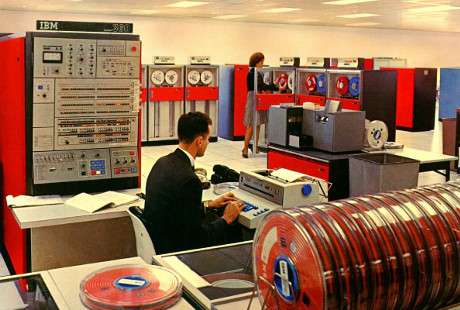 Spare a thought for American Stewart Alsop Jr who, despite a sterling career in IT journalism, will forever be remembered for this quote: 'I predict that the last mainframe will be unplugged on 15 March, 1996.' Let’s hope he kept the receipt for his crystal ball.

Alsop Jr isn’t alone in questioning the longevity of the mainframe and its place in today’s computing environment. In a world where IT continues to power forward, and change is often confused with progress, their durability can work against them. The industry nickname ‘old iron’ doesn’t help. Mainframes have an image problem and, as the demands grow for more agile systems that deliver more innovation, it’s difficult to reconcile a technology in its sixth decade with the technology we carry around in our pockets or use at home.

But while dissenters continue to challenge the validity of the mainframe, the technology keeps on proving its worth. It underpins the business processes of many of the world’s largest financial, healthcare and insurance houses, and houses the majority of their most business-critical, valuable applications.

Organisations charged with processing vast amounts of data will more likely than not use a mainframe as a central cog of their IT ecosystem. And against this backdrop of continued and widespread IT industry usage, the mainframe celebrates its Golden Anniversary this month.

The technology behind the scenes

Whether you’re online looking for an insurance quote, booking travel, or using an ATM on the high street, mainframes are the power behind the screens. They support everything from a handful of terminals to tens of thousands of online screens. Companies use them to harness their processing power and massive memory: many support multiple gigabytes of main memory and terabytes of disk storage.

> See also: Strong at 50: sprucing up the mainframe

The mainframe has come to permeate almost every level of our day-to-day lives. From cash dispensers to online renewals, we interact with mainframes through the enterprise-scale applications they support.

The proven combination of reliability, security, availability and performance make the IBM flagship a winning system that a risk-averse CIO is unlikely to want to change. Bearing in mind the consequences of system failure, it’s an understandable attitude. More recent advances in the shape of IBM zEnterprise provide greater flexibility and improved TCO than ever.

The challenge to overcome

Now this all sounds pretty straight forward and if that was the case, why does the debate about the future of the mainframe continue? There are two interlinked challenges facing IT leaders today. The first is something Gartner calls IT Debt and the second is the IT departments’ ability to justify expenditure on mainframe applications.

According to independent global research by Vanson Bourne, 590 CIOs and IT directors polled from nine countries estimated it would take an average of $11 million to bring their mainframe applications up to date – an increase of almost a third (29%) from May 2012, when the figure stood at $8.5 million. So there is a huge backlog of modernisation work needed to ensure the mainframe environment can deliver on today’s business demands.

The same research survey saw CIOs confirm they expect to rely on mainframe applications for another ten years, with almost a third believing it to be longer than this.

However, despite the perceived longevity of mainframe applications, the majority of respondents (81%) said they find it difficult justifying the expense of maintaining core applications. Only 10% confirmed they are always successful in their justification. The result is that 51% of CIOs admit their business is exposed to compliance and risk issues.

While core mainframe applications are often the lifeblood of the organisation, the burden of IT debt is on the increase. A major factor in this is that many non-IT people think IT innovation only means brand new technology, rather than improving existing, critical applications to deliver similar technology innovation advantages.

Throwing away many years’ worth of unique intellectual property in their mainframe systems in a replacement strategy remains, however, an almost unthinkable blend of eye-watering cost, unacceptable business risk and lost competitive edge. CIOs are understandably hesitant to walk away from what works well today. What might be missing is contemporary technology to help streamline routine activities and supporting innovation.

Such technology enables the modernisation of core mainframe systems to deliver business advantage faster, without the time, cost or risks of the rip and replace alternative.

Since its inception, the IBM mainframe has undergone countless facelifts, upgrades and immeasurable improvements, by orders of magnitude, in terms of power and performance. Learning from the past success and continued enduring value of the mainframe and the applications they run, the IT leadership challenge as we look to the next 50 years of mainframe computing is to find smart ways to blend innovation projects with protecting and evolving their critical systems.

Tuning the engine rather than replacing the vehicle can improve value and deliver on the latest innovations, turning the mainframe from a golden oldie into a modern marvel.