IBM takes another step towards to brain-like computing 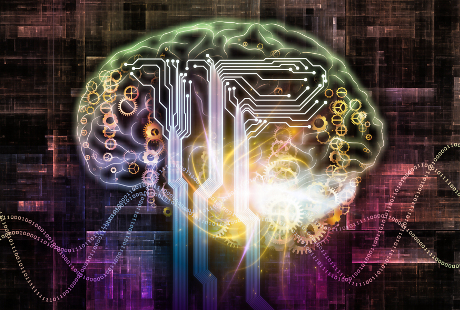 IBM has today claimed a significant breakthrough in what it calls "cognitive computing" – the development of fundamantel computing components that mimic the functions of the brain.

Back in 2011, the IT giant said that it had successfully built a simulation of a theoretical chip architecture based on brain's system of neurons and synapses.

In conventional computers, memory and processing are handled by separate components. In IBM's theoretical chip architecture, these functions are performed by a network of simulated neurons and synapses.

This, the company claims, will allow computers to process large volumes of sensory data input much more efficiently than is possible today.

“Increasingly, computers will gather huge quantities of data, reason over the data and learn from their interactions with information and people,” wrote Dr Dharmendra S. Modha, principal investigator and senior manager at IBM Research.

“These new capabilities will help us penetrate complexities and make better decisions about everything from how to manage cities to how to solve confounding business problems.

"But, in order for cognitive computing to take hold, scientists will have to re-architect nearly every aspect of computing spanning—silicon, systems, storage, and software.”

Today, IBM announced that it has laid the foundations of a new programming model to exploit the capabilities of cognitive computing.

“I’m proud to say that the SyNAPSE team at IBM, with help from university scientists, has taken a first step toward inventing just such a new programming model," Modha said.

The programming model combines groups of neurons and synapses into "corlets", which can be instructed by a computer program. This simplifies the task of building programs on the "cognitive computing" model.

IBM has also developed a library of corelets covering common functions and a teaching curriculum for researchers.

The company's work on cognitive computing is funded by the US's military research unit, DARPA. It recently received an extra $12 million from DARPA, bringing its total funding to $53 million.

DARPA is evidently eager to use cognitive computing in a military context. Another project it is funding is the Cognitive Technology Threat Warning System, an experimental system that automaticaly scans the horizon to spot enemy combatants.