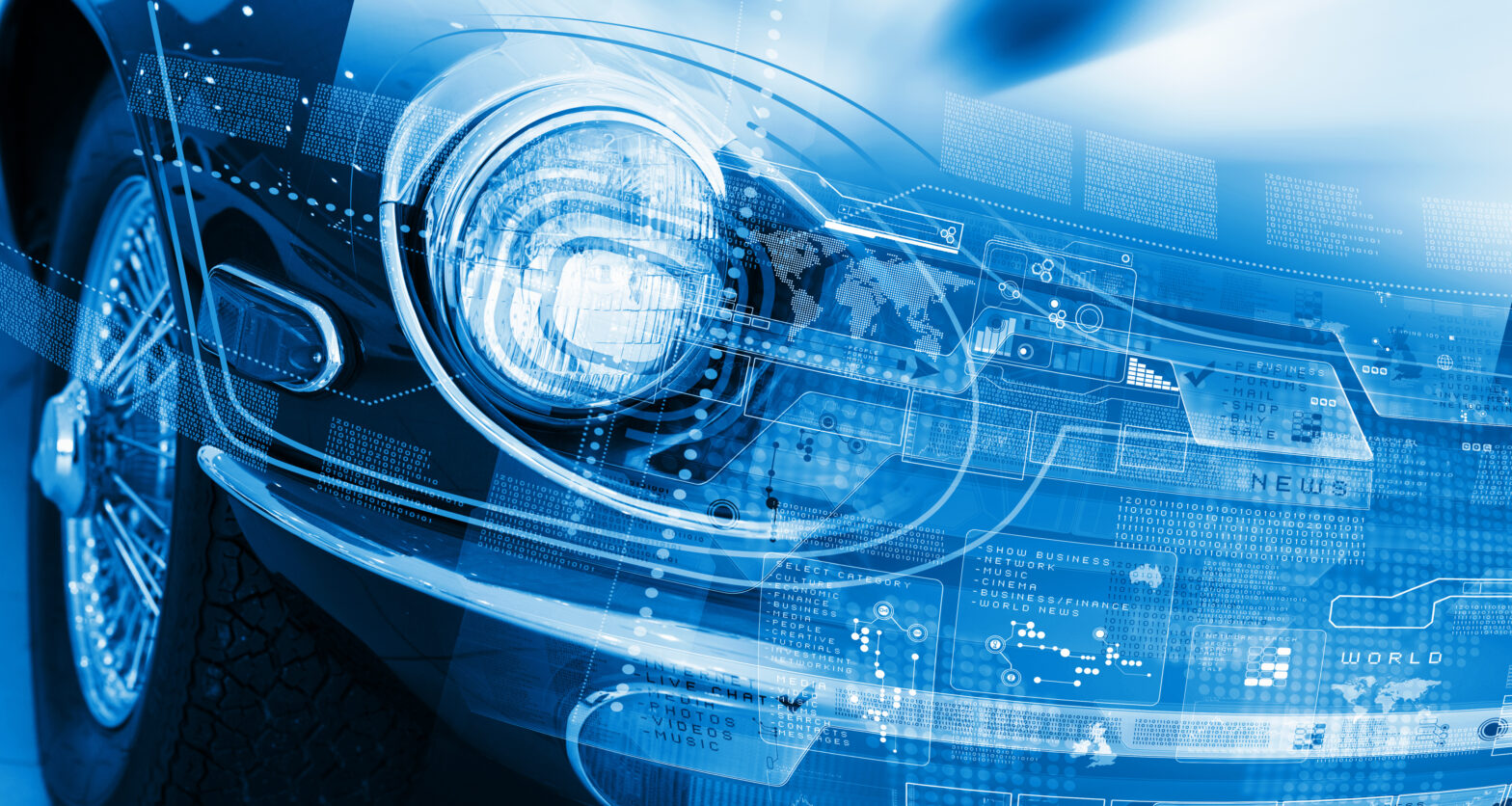 Autonomous cars are big news. People are all dreaming of the day they can take a nap on the drive to work, but, in reality experts predict a truly driverless journey from your door to your destination isn’t likely to happen before 2025.

Don’t be down hearted, until then there is plenty of impressive technology already available in cars to lease or buy and drive right now and plenty to look forward to in the near future.

What impressive technology is on the roads right now?

Every driver can become a parking pro with parking assistance aids that have appeared across manufacturers. Mercedes-Benz has taken this idea one stage further with remote parking pilot.

Now drivers can park their car using an app on their smartphone while standing outside the vehicle. It solves the problem of skinny parking spaces and wide cars; never again will people need to breathe in and watch out for wing mirrors.

As well as impressive autonomous parking systems, Mercedes-Benz has been making sure their safety systems are equally as advanced, collectively called Pre-Safe Impulse. With all the cameras and radars cars are now equipped with, it is likely your car will spot danger before you do.

If your Mercedes-Benz identifies that a side impact is imminent it will actively move the driver or passenger away from the door towards the centre of the vehicle. It does this by inflating air chambers in side bolsters of the backrest within a fraction of a second.

The occupant is them moved further away from the impact zone reducing the risk of injury. Mercedes-Benz is also using technology to protect our ears! The loud noise of a crash can cause hearing discomfort or damage to those inside a vehicle. When we hear a loud noise the stapedius muscle in our ears contracts to protect our inner ear from the high sound pressure.

Mercedes-Benz use this natural protection ability by playing a short interference signal through the vehicles sound system if a crash is imminent. This noise stimulates the stapedius to contract and so saves passengers from any ear harm.

The excitement of voice control has finally worn off and most drivers are used to being able to ask their car to make a call or find a destination, with varying degrees of success.

BMW has created gesture control so now you don’t even need to speak to activate some features, you can just wave your hand. The BMW iDrive system can be manipulated in this way.

A wave of the hand or a pinch of the finger can answer or reject calls, zoom on maps, or change the music volume.

Since keyless entry and start the usefulness of a key has been declining, but we still need them so BMW decided to make their keys more interesting. The BMW Display Key includes a touchscreen display allowing you to check fuel levels, check where you parked, get the air con on before you arrive at your vehicle and double check you definitely locked up.

Although autonomous driving may be a few years off there are plenty of semi-autonomous features already around. One of the most impressive is Pilot Assist II by Volvo. This system will control the steering to keep you in your lane and keep you at a steady driving speed. This goes beyond cruise control as the Volvo will detect cars ahead and automatically brake and speed up to maintain a safe distance and keep you in the flow of traffic.

This technology is available on other premium models such as Tesla and Mercedes-Benz, but the thing that makes Volvo’s version so impressive is that is doesn’t need clear road markings to work like other versions.

Volvo’s Pilot Assist can detect the edge of the road even if it is not clearly defined and doesn’t need to use other cars as indicators to understand your road position. Furthermore, Volvo’s commitment to safety first is seen in features such as ‘moose detection’ that will recognise large animals and brake for you – going further than the cyclist and pedestrian detection features of other models.

You are still required to keep your hands lightly on the steering wheel at all times, but this system will work in speeds of up to 80mph, much higher than most of the competition.

Tesla are not all about showmanship with their gullwing doors and enormous Gigafactories, they address problems in the real world too. The World Health Organisation has stated that air pollution can now be considered the world’s largest single health risk with an estimated 3 million people dying worldwide due to its effects.

When considering this Tesla has kitted out their current Model X with a Hepa filtration system developed using ideas from the space industry and hospital systems. Air inside the cabin and coming into the cabin is stripped of all pollen, bacteria, and pollution. Tesla are so confident in this technology they claim you could survive a military grade bio attack by sitting in your car.

What technology is just around the bend?

Faraday Future is an American car manufacturer that sprung up in April 2014 and are probably making Tesla a little nervous. Their vehicle, the FF91, is a pure electric car with a range of 400 miles on a single charge.

They aim to have the FF91 built in 2018 and we are expecting to see a whole new way of entering the car. Faraday Future claim the FF91 will recognise your face and unlock the car for you.

People already see this facial recognition technology when accessing their computers so it’s not too much of a stretch to believe it will make its way to cars.

This idea takes Heads-Up- Display, Gesture Control, and touchscreen operation to the next level. HoloActive touch will work via a virtual touchscreen that is generated using reflections to give the impression of floating. The full colour display will not need any physical touch as it will be controlled by gesture alone. The real world of cars meets the world of virtual reality.

During our day to day lives we are becoming increasingly comfortable with shouting out questions or instructions and allowing intelligent personal assistants to respond and act. BMW already has some integration with Alexa in terms of checking fuel level and sending destinations to vehicle navigation devices but this is set to expand. Personal Assistants within our cars in the future may connect with our homes to turn the heating on or start boiling the kettle.

Volvo, BMW, and Mercedes-Benz are all trialling systems that connect cars on the road to each other. Cars will be able to communicate traffic conditions and safety information.

Imagine a car has broken down around the next corner – this car could send out a distress signal warning other cars in the area. In this way, your car knows about potential hazards before you have even seen them.

What technology would you like to see in your next car?

Natalie Faughy – Expert in the Automotive Industry with a particular interest in vehicle leasing. More by Natalie Faughy