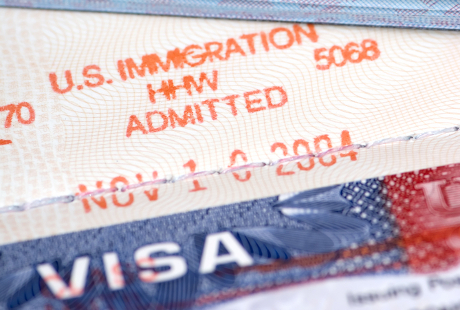 Indian IT outsourcing provider Infosys has been accused of visa and tax fraud in the US.

A suit filed in an Alabama courthouse late last week accuses Infosys of purposefully sending its Indian employees to work full-time on incorrect visas. The complaint was by Jack Palmer, a US-based consultant who says he had been working with India’s second largest IT services provider by revenue since summer 2008.

Foreign nationals working in the US on temporary contracts generally require an H-1B visa. Palmer alleges that following increased restrictions on H-1B visas in 2009, Infosys began sending employees on B-1 visas. These are issued to individuals visiting the country for short-term business reasons, such as to negotiate a contract or attend a conference, and prohibit full-time employment.

Infosys and India’s IT industry: not out of the woods yet India’s largest offshore outsourcers may have survived the downturn, but Western economics are threatening long-term profitability

"During one of the meetings, Infosys management discussed the need to, and ways to, ‘creatively’ get around the H-1B limitations and process and to work the system in order to increase profits and the value of Infosys’ stock," the complaint reads. "The decision was made by management to start using the B-1 visa program to get around the H-1B restrictions."

H-1B visas are only available for ‘skilled’ migrants, i.e. those who hold a university degree. The suit claims that Infosys sent employees to work in the US who did not meet this requirement. Palmer also says he was made to write ‘welcome letters’, needed to qualify for a B-1 visa, to Infosys’s Indian employees.

"During the course of his employment, plaintiff learned the Infosys was sending lower level and unskilled foreigners to the United States to work in full-time positions at Infosys’s customer sites in direct violation of immigration laws." It adds that Infosys allegedly overcharged its US customers for work performed by Indian migrants, while also failing to deduct federal and state income taxes from these employees’ salaries.

Palmer says he filed a separate complaint with Infosys’s ‘Whistle Blower’ team in October 2010, and was subsequently subjected to harassment and racial abuse by Infosys employees. Palmer is seeking damages for breach of contract, expenses and intentional infliction of emotional distress, among other things.

In request to Information Age‘s request for comment today, Infosys sent the following statement: "We assure you we take these accusations seriously. Let us reinforce that Infosys has a strong core value system of integrity, transparency and fairness and has been consistently regarded as one of the world’s most ethically-run corporations."

Like many of India’s largest IT suppliers, Infosys derives most of its business from the US: 60% of the company’s $5.7 billion annual revenues came from the country in its latest financial year.

But those suppliers are facing increasing political opposition in the country in response to the recession. The Obama administration has adopted something of a protectionist stance towards the Indian outsourcing industry, doubling the application price for H-1B visas in 2010.