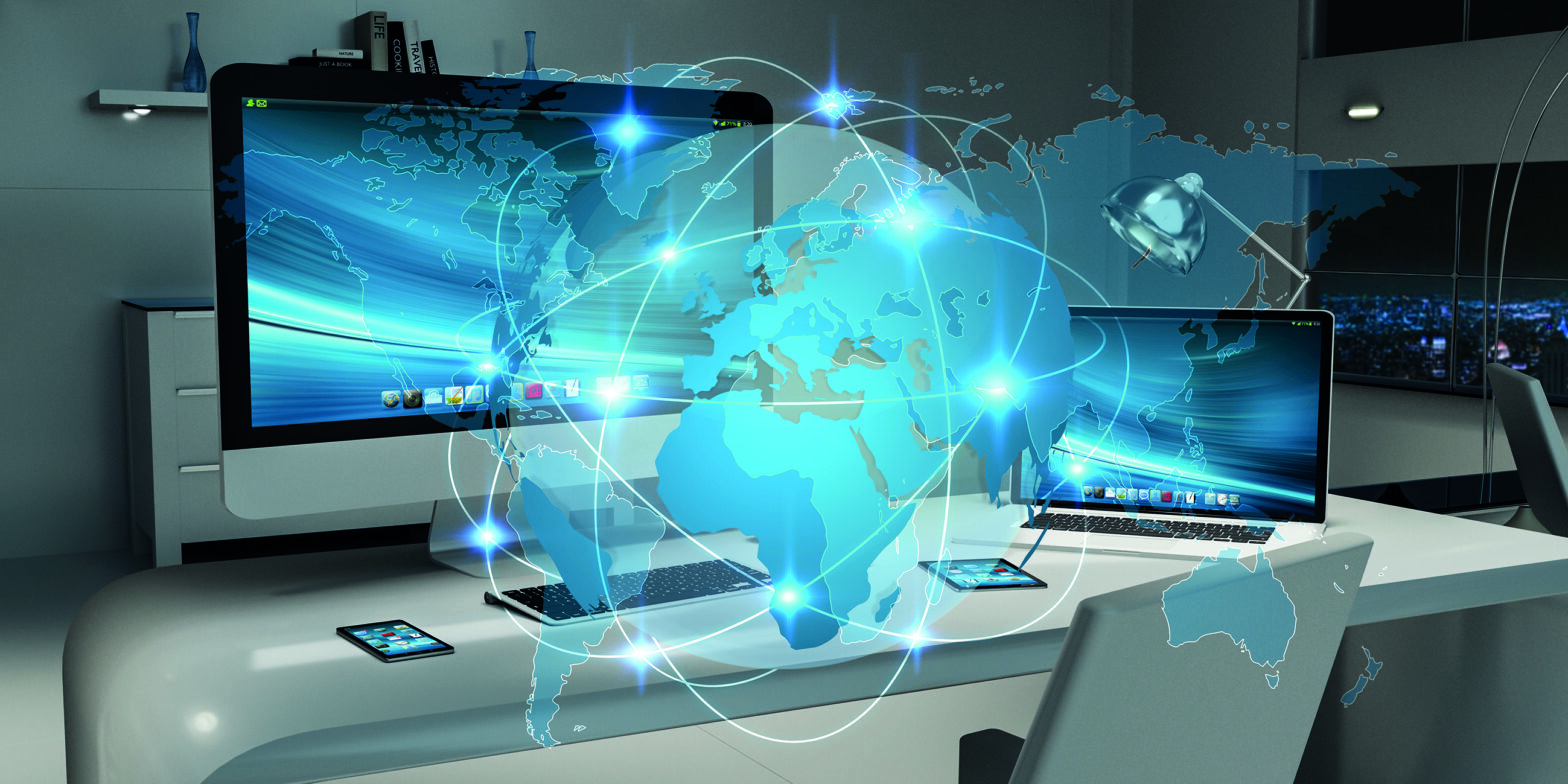 The Internet of Things (IoT) is one of the most talked about and impactful emerging technology trends that is redefining both business and society. There are three broad areas of IoT investment: consumer, industrial and enterprise. The last of these is being implemented on a smaller scale for the time being compared with the others, which are in a more mature state.

In these spheres, the IoT – a growing network of internet-connected devices that collects an incredible amount of data – is helping organisations glean greater insights, drive more efficient processes and transform the relationship between the consumer and the enterprise (and the collaboration between internal departments).

The explosion of data being generated and connected through IoT devices, anything from industrial machines to smart fridges, is leading organisations into a period of necessary innovation. The more devices there are, and the more data that is collated effectively via analytics, the more effective and transformative this innovation will be.

‘IoT helps to expand an organisation’s footprint to anywhere it can collect data from a device or thing, and leverage the data interactions anywhere a user, device, thing or application can pass information to each other,’ explains Colin Pittham, VP of EMEA at ExtraHop.

The rise of IoT will result in a hyper-connected state, although it will only be as good as the infrastructure supporting it. This hyper-connectivity will allow organisations to break new frontiers in anything from customer experience to digital transformation efforts in the enterprise.

In terms of stages, enterprise IoT is at the earliest juncture. Consumer IoT and industrial IoT have been driven out of necessity in an increasingly disrupted world. Indeed, David Vasquez, IoT evangelist at Verizon, says, ‘The consumer IoT revolution is​ already developing as people become more interested in their lifestyles and the impact this has on their health and the world around them. ​For example, smart devices ​can​ monitor heart rate and steps, which is empowering them to make better ​health-related ​decisions.’

The IoT in the enterprise has been more of a slow burner, rolled out on a smaller scale within departments.

The ambition of organisations leveraging IoT as a strategy is to significantly improve business processes and to get better actionable insights on their customers, their employees and different ways of driving up revenue.

‘Enterprise IoT,’ says Pittham, ‘is where you are seeing a lot of smaller-scale exploration and investment, happening, often at a departmental level, focused on improving how the business operates or solving issues with current business workflows.’

The reason for this initial small-scale roll-out of the IoT in the enterprise centres on the challenges of implementing it, ranging from data compliance issues to integration complications. Many long-standing businesses have rigid legacy infrastructure with huge data silos, and integrating a new technology into these systems is problematic – this will be explored later.

Business and IT leaders are, however, aware of the disastrous consequences of not engaging with the IoT. Overcoming the challenges is worth it and, above all, necessary.

In the enterprise, the Internet of Things will, in the near future, merge with other emerging technology trends, such as machine learning.

‘By 2020, we will see the world of machine learning impacting on IoT, where machines will dynamically act on and modify their behaviour based on the environment they sense and work in,’ says Laurence James, product, alliances and solutions manager at NetApp.

‘I hear you say: what’s different, this happens today? The difference is that behaviour and response is learned and shared; it’s dynamic. Today, on the whole, sensor data is acted upon in a programmatic, procedural way.’

It is this dynamism, enabled by the IoT, that will eventually see organisations take full advantage of the data explosion currently in its relative infancy. However, the issue of implementation and integration remains. How exactly is the large-scale enterprise meant to roll out the IoT across the whole of the organisation? What does it take to implement a successful IoT strategy?

Many companies are excruciatingly aware of the power of the IoT, but do not implement an effective IoT strategy.

‘A successful IoT strategy,’ suggests Ben Boswell, area vice president for Europe at World Wide Technology, ‘is one where you bring together individuals from the business, from IT and from the day-to-day operations of the type of business process that you’re trying to solve.’

Those companies that take a holistic approach – that look at problems that need solving – are those that are most likely to succeed in implementing an IoT strategy in order to meet various business goals.

‘We see a lot of firms who had significant investment in IoT initiatives that haven’t really achieved the optimised process, the cost savings or the increase in revenue they expected because they haven’t done this first part of the process,’ says Boswell.

The potential is huge for every industry. For example, in healthcare, Vijay Raja, solutions marketing lead for IoT at Cloudera, points to recent research from McKinsey & Co which states that ‘using IoT can cut the costs of chronic disease treatment by as much as 50% and revolutionise healthcare’.

The challenges involved in the deployment of IoT models are complex. First, suggests Dave Anderson, IoT performance expert at Dynatrace, organisations will struggle to cope with the sheer ‘diversity’ and range of devices that need to be added to the enterprise network.

>See also: How embracing the IoT could make your business more profitable

‘Most organisations are still working out how to master mobile performance, but now they’ve got a whole new wave of consumer and back-end devices being thrown into the mix,’ says Anderson. ‘How do you instrument monitoring on all of those devices?’

He continues by suggesting that, using traditional approaches, there is no simple way to manage performance monitoring of these devices – to ensure that the data being analysed is accurate.

The only way, Anderson concludes, for the enterprise to overcome IoT implementation adversity is ‘if they harness AI capabilities to handle the hugely complicated process of analysing and understanding a hyper-scale, hyper-dynamic IoT ecosystem’.

Some experts would argue that a successful IoT strategy does not hinge on the technology but, in fact, hinges on the culture within an organisation. It is an issue of understanding as much as anything else.

‘It’s not really a technology problem per se, because there are lots of technology groups that have matured very, very quickly to be leveraged in these types of initiatives,’ explains Boswell.

‘Rather, it is a conversation around what the process is that you are trying to improve. And it becomes a process and a data science challenge, because you want to work out how you can leverage information from different types of items, pieces of machinery or endpoints, and then be able to combine that all together to determine a specific pattern that the business can actually make a decision and action against.’

The security of IoT devices, or rather the lack of, is often highlighted by the instances of devices being hacked or used to form malicious botnets that launch distributed denial-of-service attacks, which target anything from websites to public infrastructure.

IoT devices, in general, are being manufactured and sent out with a standard security setting that is easily bypassed. The device might be something mundane, like a toaster, but because it is connected to the network everything becomes vulnerable.

The responsibility debate for this is ongoing. Is it up to the end user to reprogram the device, or should the manufacturers of these devices initiate more stringent security protocols from the very beginning of product lifecycle management?

It is no different in the enterprise. The devices used to gather data need to be effectively secured. This challenge becomes even more difficult considering the point this piece raised earlier surrounding the sheer volume of devices entering the network.

‘We must not overlook the threat posed by the spread of smart IoT-connected devices at home and in the enterprise,’ confirms Matt Walmsley, EMEA director at Vectra.

‘The majority of IoT technologies, such as web and surveillance cameras, wearable devices and wireless printers, don’t have robust enough security measures in place and represent an exponentially growing attack surface when it comes to securing corporate and personal networks.’

Walmsley adds, ‘While the IoT may be bringing more devices onto the network than ever, these devices are rarely truly hardened, patched or updated. Their creators may have decades of electrical and mechanical engineering experience, but often lack experience of computer programming or internet security.’

So, again, a cultural change surrounding the production of IoT devices is needed, with security placed firmly at the heart of the development process. This need is enhanced further when the reader considers the implications of the new, more stringent data protection laws, such as the EU General Data Protection Regulation. The data being gathered from these devices is inevitably personal data that will need to be protected, for both reputational and financial reasons.

Despite the range of challenges facing enterprises looking to implement an effective IoT strategy across their organisation, most are striving to achieve just that.

On top of overcoming the challenges that have been identified, over the next three years organisations should focus on aligning business goals, while improving customer experience by using IoT data.

It is true that many organisations – consumer, industrial and enterprise – are currently using the Internet of Things to boost productivity and drive innovation. However, while some may claim it is business as usual, the real rewards are still over the horizon. As IoT integration techniques and processes are repeated and refined, this will become evident.

Regarding enterprise IoT, Pittham believes that firms ‘will really start to settle into solving specific business problems, to the point that these may not even be referred to IoT projects, but instead tied to digital transformation or business process initiatives.’

On reflection, IoT will perhaps fade into the realms of normality. It could, in fact, disappear altogether as the interconnected state betweens humans and machines becomes commonplace.

‘My big hope,’ concludes James Wickes, chief executive of cloud-based visual surveillance system Cloudview, ‘is that given the human experience over previous industrial revolutions, we will try and think ahead about the impact of what we are doing so we can ensure that we get the very best for everyone from this transformative industrial phase.’