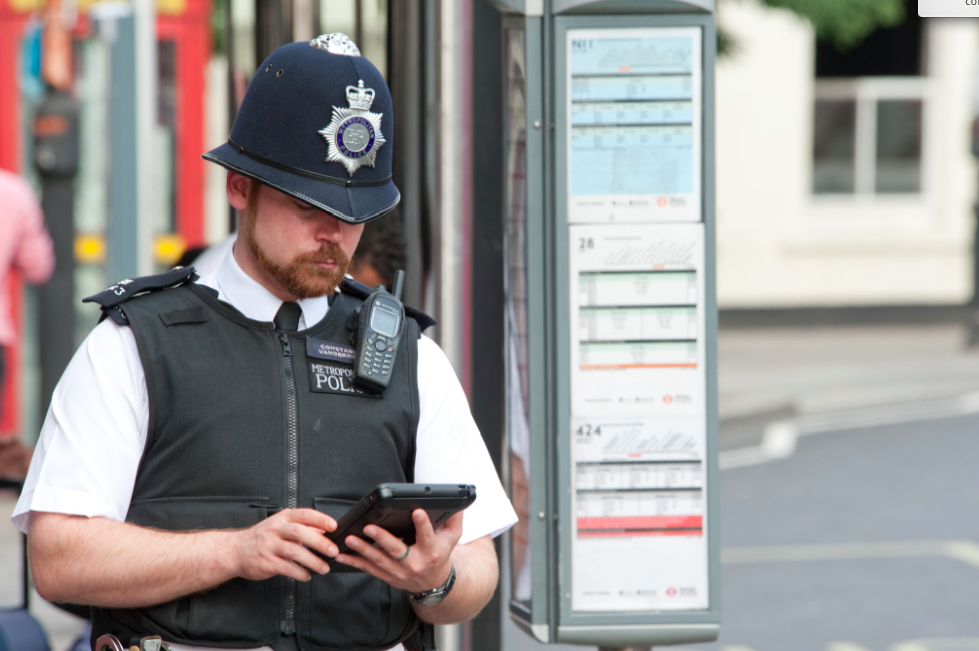 The Met is transforming frontline policing with the help of Vodafone UK, which is providing iPad minis, 4G connectivity and secure device. Early indications suggest the project will save one hour per shift per officer.

The trial, which began last summer, aims to reduce paperwork and give frontline officers access to vital information on the move – meaning they can spend more time on the beat reducing crime and supporting victims. 500 frontline officers are now using the devices and the Met is looking to extend the trial.

Through the Met's own specially developed apps and 4G connection, officers no longer need to return to the station to complete paperwork. Crucially, it means frontline officers can collect electronic witness statements and digital signatures at a crime scene, meaning victims of crime no longer need to attend the station at a later time.

With security of data and devices paramount, the Met worked with Vodafone to provide a level of security for the devices and connectivity that met the necessary, stringent security measures and operational requirements.

>See also: Mobile apps: A matter of life and death?

“There is a huge opportunity for technology to transform policing, and this trial with Vodafone UK is a fantastic example of the Met making the best use of technology to deliver services to the public in new and innovative ways,” said Superintendent Adrian Hutchinson, head of mobility planning for the Metropolitan Police Service. “We want officers out on the beat, not stuck in the station filling out paperwork or sat at a computer.

“Working with Vodafone UK to deliver phase one of the project, we’ve already had a great response from officers who have used the devices, and we are confident that the project will help them to be more visible to the public and ultimately deliver a better service to Londoners.”

The project is part of the Met’s 'Total Technology’ strategy (2014 to 2017), which sets the direction for an unprecedented transformation in its use of technology. Through one element of this strategy, improving police mobility, the Met aims to cut crime, increase efficiency and increase public confidence.