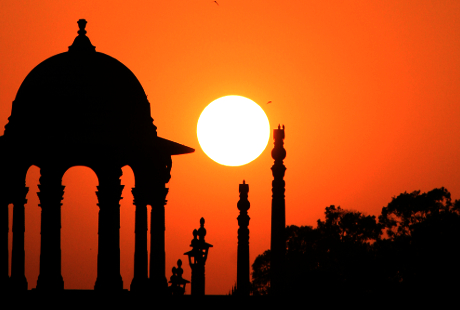 During the past ten years, the Indian sub-continent has undoubtedly proved to be the most dazzling jewel in the global offshore outsourcing crown. With the ability to offer extremely low-cost, low-end IT business process and mass-scale software development services, the Indian outsourcing industry has thrived. Valued at $47.8 billion for the 2006-07 fiscal year, it would not be an exaggeration to suggest that the Indian outsourcing sector has enjoyed spectacular success.

But in recent years, doubt has arisen as to the long-term efficacy of outsourcing highly commoditised, low-end business processes to far-off, unfamiliar locations. This apprehension was expressed by respondents to the Effective IT Survey 2008, the majority of whom were evidently underwhelmed by the strategy. While just over a third have deployed offshore development or business process outsourcing (BPO), only a third of those rated the respective strategies as ‘effective’, with a mere 7% going as far as to say they have proved ‘very effective’. In total, more than 60% of respondents did not have a good word to say about either strategy, pushing offshore outsourcing to a lowly 28th in the overall effectiveness rankings.

Certainly, the global outsourcing dream has turned into something approaching a nightmare for those organisations hoping exclusively to cut costs. Insurance giant Norwich Union is a salient case in point – among many. The company was recently slapped with a massive fine by the UK Financial Services Authority after it transpired that poor security controls at its Indian operations had facilitated large-scale fraud by identity thieves. But the potential pitfalls of Indian call centres – which have often borne the brunt of as much irrational as rational anti-offshoring sentiment – is a far lesser concern than the considerable instability currently besieging the offshore model.

Presently, wage inflation of around 18% and the appreciation of the rupee against the dollar at 12% during 2007, are doing much to undermine the low-cost basis upon which the offshore dream was founded. Furthermore, as demand for Indian IT services has grown exponentially – and as Western companies, from the giants of IBM and HP to the Tier 2 players of Xansa and LogicaCMG, have rapidly ramped up their efforts to leverage India as their primary software hub – the battle for skilled workers has become intense. This development has forced many IT service providers to become less rigorous in their recruitment policies, leading, clients report, to dilution of the talent pool and a consequent erosion in the quality of work delivered both on-site and offshore.

None of this will necessarily spell disaster for the Indian offshore model. In any event, according to the Harvey Nash research, cost-saving is no longer the chief reason for IT outsourcing. In its annual survey of more than 650 senior technology professionals in the UK, the company found that the majority (75%) cited responsiveness and flexibility as the primary drivers behind their decision to outsource. More tellingly, the survey revealed that confidence in IT outsourcing remains strong, as businesses increasingly recognise the potential strategic benefits and operational cost savings that the strategy can bring.

As these findings suggest, some of the greatest benefits to be gained from the offshore outsourcing model will be derived from the development of a more strategic provider-client relationship – and in turn the development of more sophisticated projects. For this reason, many organisations are increasingly seeking partners or close-knit groups of providers that can deliver sets of integrated services. In a recent poll of CIOs at Indian outsourcing giant Patni’s 2007 annual customer conference, for example, 45% of respondents preferred leveraging multiple vendors for project requirements with work competitively distributed, as opposed to 17% who favoured deals with a single service provider.

In order to underpin this drift towards multi-service contracts, many providers are increasingly building out global delivery models, in which services are delivered via an optimised structure that sources skills from a range of global locations. European outsourcing provider Capgemini, for example, is already pioneering this approach in its so-called ‘Rightshore’ model: the company leverages a range of locations – offshore, nearshore and onshore – to provide a broader spectrum of services to its strategic partnership programmes. In this blended delivery model, India will evolve higher-quality offerings, particularly in vertical markets requiring in-depth domain knowledge.

The promise of this new wave of outsourcing has not been lost on many IT directors, suggests Harvey Nash. The vast majority (93%) of those surveyed plan to maintain or increase their current offshore software development activities in the next 12 months, and two-thirds (65%) say they are satisfied with the service they currently receive.

All of which suggests that, despite some deflation where low-end commodity services have been concerned, the majority of companies look forward to deploying increasingly sophisticated and truly global offshore outsourcing strategies in future.