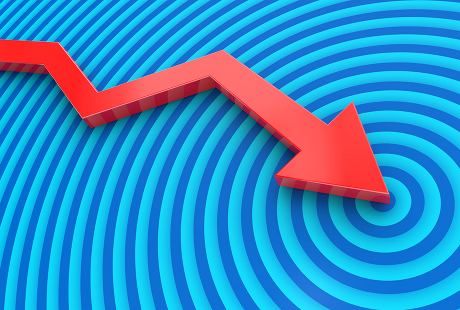 The global market for IT outsourcing services fell to its lowest point in a decade last year, acccording to new figures from analyst company Ovum.

The market saw an especially "dismal" performance in the final quarter of 2012, Ovum added, with TCV falling 34% year-on-year to $20.8 billion and the number of deals signed dropping 17%.

The figures reflect weak IT services spending in both the public and private sectors, Ovum said. Indeed, the total value of contracts signed by private sector organisations during the year was the lowest since 1998.

“Our research suggests that many enterprises remain wary of committing to major projects, with issues such as the Eurozone crisis having a particularly significant impact," Thomas said.

"In addition, public sector activity has reduced as many governments come under pressure to cut public spending in the face of high debt levels, leading to a general reluctance to get involved in large-scale IT services deals."

The weakness of the IT services market was already apparent in the financial performances of the world's largest IT outsourcers.

Last year, Hewlett-Packard was forced to write down the value of its IT services division to the tune of over $8 billion, following a string of poor performances; IBM has struggled to maintain even flat growth for its outsourcing business; and even the Indian IT providers have shown signs of a slowdown.

One company to hold up during this downturn has been IT outsourcing and consultancy provider Accenture, which saw a 9% increase in sales during its 2012 financial year, up to $27.9 billion.