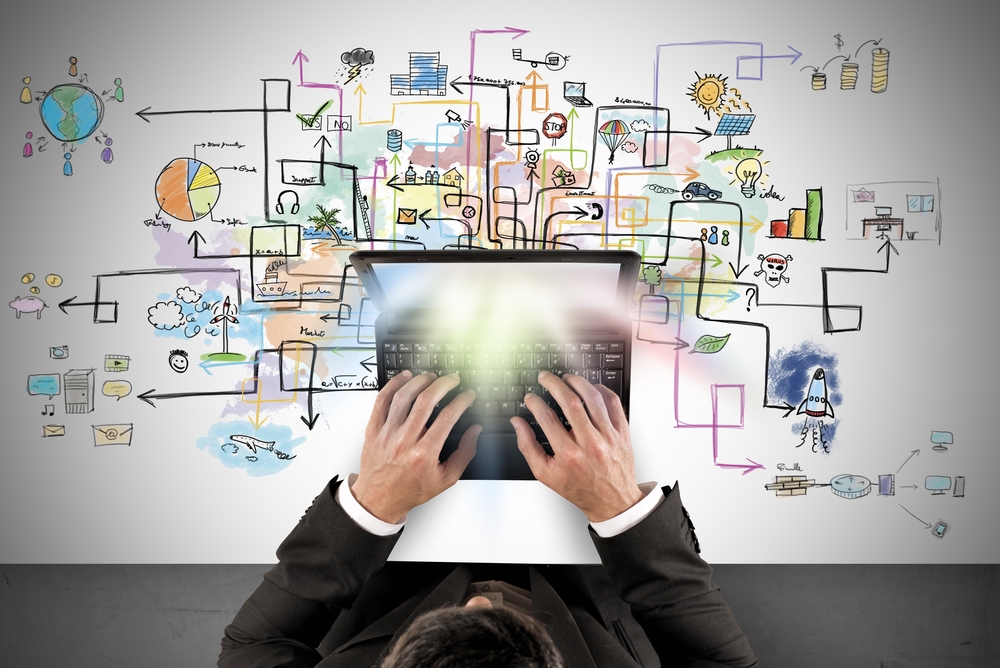 Many IT departments may be headed for a crisis. The friction lies in the fact that businesses have become dependent on technology to remain competitive. However, most IT teams’ skills lie in development and operations, leaving many unable to adapt to best serve a constantly changing business environment.

Digital has left IT disconnected

It wasn’t that long ago that IT departments led technology adoption in support of business. When a new technology was introduced, for example departmental servers, it took a relatively long time before the business took advantage of it, and even longer to become dependent on the technology. Once adopted, new technologies were subject to business rules, expectations and parameters for reliability, maintenance and upgrades to keep the technology up to date.

In the 1980s and 1990s, IT became more entrenched in organisations. Systems increased in size and scope as technology companies fought for market share. In large enterprises, IT’s function was to maintain large infrastructures supported by small armies.

Today most businesses are digitally led. Constellation Research analyst Andy Mulholland refers to the rise of the 'Front Office Digital Business' where technology-as-a-service delivery models have changed the way IT operates.

Technology and applications, and associated upgrades, are now supported by outsourced vendors, rather than in-house staff. With cloud models, an IT department may not even be needed. These new models have allowed entrepreneurs to spin up companies with a swipe of a credit card, gaining access to all the technology they need at their fingertips.

Although the gap between IT and business is closing, the gulf in how IT is run still remains. But the way teams are structured has not changed. This is in part because departments are run by technologists whose primary skills lie in the challenge (and excitement) of introducing new technologies. Not every skilled technologist makes a good business person.

The challenge facing IT teams is often that people who are good at their jobs are promoted regardless of if they are ready to manage. The Peter Principle, a term coined in 1969 referring to a hierarchy every employee tends to rise to their level of incompetence, is still commonplace today, hindering many organisations and isn’t just isolated to IT teams.

The real issue is that IT departments have to date not traditionally been run as if they were a business. Good business models for how IT should be run have been piecemeal or slow to develop – despite its role in how the rest of the business is run.

A lack of standards

While some standards have been developed as guides for how different parts of IT should be run, such as COBIT for governance, ITIL for service management or TOGAF, an Open Group standard for architecture, no overarching standard has been developed on how to holistically manage all of IT.

Without a framework in place, teams end up having great IT bows and arrows but when they walk into the competitive business world, they are effectively machine gunned down. What is needed is clear best practices for everything from systems administration to development, to governance and staffing. For all its advances, IT has yet to become a well-oiled business machine.

Today’s business and technology climate is very different where upgrades that used to take three years can be done in an hour. Convergence technologies such as cloud computing, big data, social media, mobile and the internet of things have fundamentally changed the nature of IT.

New technologies, skills and methodologies are emerging every day. While programming languages including Java and C remain the most prevalent, Pig and Hive are also gaining pace alongside new approaches to development including Scrum, Agile and DevOps.

An umbrella view is needed

It’s clear that IT departments will either need to change to adopt a model where technology is managed more effectively, or many will start to hinder, rather than help the business. Without an effective management model for IT, companies will not be able to mobilise quickly to adapt to the digital age.

Even something as simple as the inability to use data could result in problems such as investing in a product prototype customers are simply not interested in. These are mistakes most organisations cannot afford to make.

Having an umbrella view of what all of IT does can enable leaders to better adapt to emerging changes and developments in line with business goals. This allows IT to take advantage of the trends and technologies that makes sense for the company and leave out those that don’t.

For example, in DevOps, one of the core concepts is to bring the development phase in close alignment with releasing and operating software. For this approach to work, teams need to know their business’ operating model. This can make it easier to make decisions on training investment, hiring and buying new technologies that allow for the new model to be adopted.

Without that crucial management view, teams don’t know what’s valuable to the business, running the risk of chasing after every new fad without a strategy. There’s nothing worse than being the person who comes to the monthly management meeting saying they are trying another approach to fix a problem that never seems to get solved. The business side will not respond well to this approach – it’s time for IT to be decisive and choose wisely.

Ineffective IT teams do not know when to invest in the right technologies, and miss out working with new applications and systems that could benefit the business. What tends to happen when things aren’t running smoothly is money is spent trying to correct problems, taking investment away from other parts of the business that could keep the organisation compete.

To prevent the consequences of not running IT like a business, a consortium called The Open Group IT4IT Forum has been formed.

Experienced enterprises with billions invested in IT each year have come together to create a reference architecture, The IT4IT Reference Architecture, for an IT operating model. It provides the missing link between IT and business that previous models have failed to address, giving IT the same level of discipline, predictability and efficiency as other business functions.

The consortium has come up with a snapshot of the architecture that includes a four-phase value chain for IT with both an operating model for an IT business and outlines how value can be added at every stage of the process.

> See also: 3 steps to futureproofing a business with digital transformation

In addition to best practices for delivery, the snapshot includes technical models for IT tools that organisations can use for systems monitoring, release monitoring or IT point solutions.

Providing guidance for IT tools allow departments to become more interoperable so they can exchange information at the right place at the right time. This approach allows for better control of information flow between various parts of the business through IT, saving the time and hassle of aggregating tools or cobbling together their own tools. Staffing guidance models are also included.

The IT4IT Reference Architecture provides more than just best practices for IT – it puts IT in the context of a business model. The advent of the cloud, big data and the Internet of Things cannot be held back, and IT professionals need to adapt and take advantage of the new technology environment, or risk being left behind.

This new framework allows IT to be a contributing part of an enterprise by providing a roadmap for businesses to adopt a digital first attitude that enables them to compete and thrive for years to come.