Leadership in the age of digital transformation 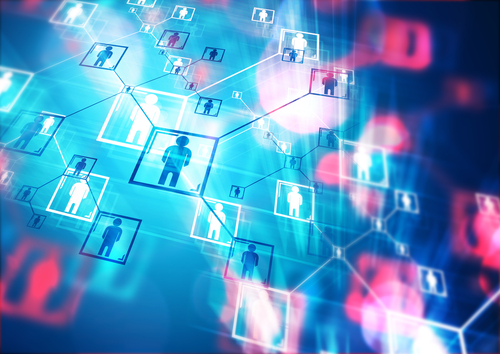 Everyone knows that to do well in their careers, ambition and a positive attitude are two of the most important characteristics that can help you get to the top.

These aren’t always the same for everyone as each person has their own goals, but they’re a pretty basic requirement for those who don’t want to stay in the same role for the rest of their working lives.

However, they’re not just for individuals. These characteristics are just as important for businesses that want to succeed, and according to some recent research carried out across 14 countries, that holds true when it comes to technology implementations too.

Accenture spoke to nearly 1,500 executives about how they were doing in terms of implementing mobile and digital technologies (social, mobile, analytics, cloud and connected products) into their businesses, and what their plans were for future projects.

>See also: How to undergo a digital transformation at your business

The research uncovered a group of businesses that had achieved over 100% ROI from mobility-specific implementations in two years. These leaders shared a number of common traits that could be illuminating for other enterprises that are considering their own mobility and digital technology projects.

Who are these leaders?

Mobile technologies should be viewed as an enabler of enterprise-wide digital transformations, and achieving ROI should not be the primary objective of a strategic mobility implementation. It is not a standalone business that should pay for itself automatically.

A successful project should be measured by broader metrics, such as improvements in operational efficiency and long-term revenue growth.

In the Mobility Insights research report, Accenture found that over half of UK respondents (53%) had seen a greater ROI from mobility projects than they had expected, and 85% viewed the adoption of digital technologies as a strategic investment rather than one that would offer a direct ROI.

However, ROI can be a good benchmark for understanding who is succeeding in their implementations and why, as well as seeing who still has a way to go.

Perhaps unsurprisingly, the leaders’ success rate in mobility technology implementations was significantly higher than other organisations.

Over two-thirds of them claimed to have effectively adopted and deployed mobile technologies compared to just 45% of others.

One of the key commonalities that might have driven such success was the existence of a formal, enterprise-wide mobility strategy, and tools in place to measure the progress of that strategy.

Leaders were 11% more likely than others to have such a strategy in place, and 29% also operated a formal process for identifying, evaluating and prioritising ways in which mobility can benefit business, compared to only 18% of others.

Other businesses still seem to be adopting a siloed approach to mobility in the enterprise, rather than seeing it as a tool for the entire enterprise which can enhance productivity, engagement and the customer experience, to name but a few of the potential benefits.

At best, this can lead to money being wasted on a mobile project that wasn’t well thought out and can’t integrate across a business. At worst, it can result in lost customers, if they have a bad experience because of a poorly implemented mobile project.

Over half the leaders (54%) reported having aggressively pursued and invested in mobile technologies across their business, considering mobility as a key tenet of business strategy.

This was compared to just 40% of other respondents. Leaders were also more likely to believe that all the major digital technologies are a top-five priority for their business, an average of eight percentage points ahead of those companies performing less well in mobility projects.

The fact that so many of the leaders have taken such an approach to their technology implementations demonstrates that real results can be achieved from doing more than piecemeal implementations, adopting the latest technologies as a priority.

With digital technologies, it’s not just about actions but about attitude too. Businesses should approach implementations with an understanding that it’s a combination of complex technologies such as mobility, analytics and cloud that can lead to real benefits, often simplifying processes and solving business problems that might previously have been too difficult or costly to address.

The report demonstrated that one of the other traits the leaders shared was having the CEO and leadership team or board of directors ultimately own the mobile strategy, and a senior leadership team that was highly engaged with the organisation’s mobility initiatives.

The influence of digital technologies has clearly changed the way that businesses operate. Those companies that have already accepted that technologies need to be viewed as part of the entire business, rather than just within the purview of the IT team, have found themselves leading the pack in terms of successful implementations.

As technology-related decisions become increasingly intertwined with the future of a business, it follows that the CEO and other C-level executives such as the CMO will take increasing responsibility for those decisions.

Companies need to harness today’s technology with an eye on tomorrow, and ensure that they are agile enough to quickly adapt to changing circumstances and technology availability.

This includes ramping up on the skills needed to get the most out of new technologies, and approaching new digital tools with a long-term and ambitious attitude. This can help create a strategy for implementation that might go so far as to result in a complete transformation of a business’s operations.

Mobility was the forerunner to many of the digital technologies that are now being adopted by businesses globally.

For those looking to start their own digital implementations, there are lessons to be learned from the mobility leaders’ shared traits that might help make their own adoptions of mobile, analytics or other digital technologies successful.

If businesses are to take full advantage of – and see the market growth they expect from – digital convergence, they could do worse than learn by the leaders’ examples.