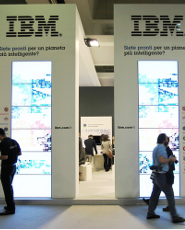 Chinese computer maker Lenovo has walked away from talks over its potential acquisition of IBM's x86 server division, according to a report by Fortune magazine.

Citing "people familiar with the situation", the report claims that acquisition talks were halted over "valuation concerns". It adds that discussions could resume.

News of a possible deal broke late last month. Bloomberg reported that the transaction could be worth as much as $4.5 billion – over three times what Lenovo paid for IBM's PC business back in 2004.

The benefit of IBM divesting its commodity server business is fairly clear, as the industry is facing the same kind of margin pressure that PCs did in the last decade.

Oracle, which got into the x86 server business when it acquired Sun Microsystems, has been transparent about its desire to exit the market. ""Commodity x86 includes Intel IP and Microsoft IP," said CEO Larry Ellison back in 2011. "We don't make money selling that."

Lenovo, meanwhile, has been growing its profile as business hardware provider. Speaking to Information Age in December last year, Lenovo's UK and Ireland vice-president Marc Godin said the company would be investing in several areas of the enterprise, including servers, over the next 12 months. "We are selecting country by country where we want to grow bigger into the server space," he said.

But if talks do fall apart, and IBM fails to find another buyer, it could further damage sales, at the company's commitment to the product range has now come under question.

In IBM's most recent financial quarter, the Systems and Technology unit, which sells servers, storage and mainframes, shrank by 17% year-on-year to $3.1 billion.