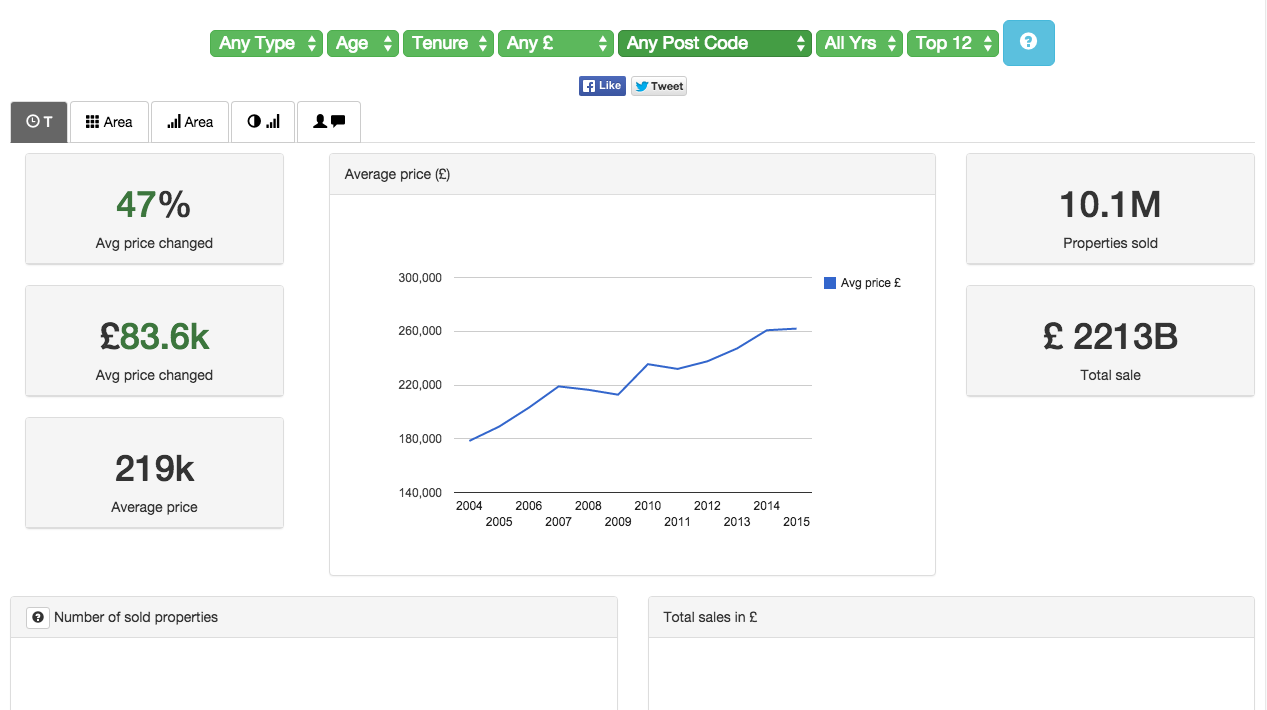 It’s no secret that it’s harder than ever to get on the property ladder in the UK, but there has yet to be a full, digestible breakdown of house prices beyond a generic nationwide overview.

Fortunately, analytics firm Briskat has sought to change that by churning through the 20 million house sales that the government has recorded since 1995 – and presenting them in a live interactive dashboard.

Not all property transactions are recorded, but the UK government publishes more than a third of those in England and Wales every month, with total sales equaling £3.26 trillion in the past 20 years.

‘Buying a property of an average price in 1995 took five annual gross incomes while now it takes ten,’ says Vladimir Makovsky, co-founder and CEO at Briskat. ‘If we took the median price, it would be four incomes in 1995 and eight in 2015.’

But the most interesting figures in Briskat’s live dashboard come through the ability to filter by postal code.

For example, the average house price in Durham has increased at half the national average since 1995 – just 168% – and has fluctuated around the current value since 2006.

To no surprise, London has experienced the highest growth, and its postcodes make up nine of the top ten locations for increases in average house price.

‘West London took the first place in June with 531% increase with the average price of £1.01 million,’ Makovsky adds.

According to Makovsky, while Briskat’s dashboard does present the painful reality that buying a property in the UK is on average two times less affordable than it was 20 years ago, it also shows that it remains a safe investment.

‘The property prices grew up higher than the inflation,’ he says. ‘The growth is not so surprising when we consider England is already the second most crowded major country in the EU.

‘The population grew by more than 10% in the last 20 years. Based on the presumption the population growth is expected to continue, a significant price decrease is implausible in the coming years.’

Click here to view how the average house price in your postcode has fared over the past 20 years.