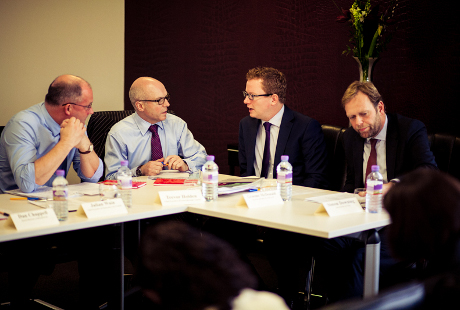 Councils are sitting on an ‘untapped goldmine’ of data which could offer valuable insight into understanding the needs of UK residents, according to a new report released today by local government thinktank Localis in conjunction with Civica, a specialist outsourcing services company for the public sector.

‘Changing Places – how innovation and transformation is taking place in local government,’ probed the views of council leaders from across the UK on how local government agencies are using technology to design and deliver services. The study included both structured questions and open-ended interviews.

Council members suggested that local government could be using the raft of customer insight data available to them to understand residents’ needs, better pinpoint resources, and build support for council brands, in a similar way that private companies like Amazon and Tesco tailor their response according to customer data.

For example ‘when a child enrols in a school, offering vouchers for family sessions at their local municipal swimming pool.’

But despite the government’s aspirations around data transparency, when it comes to data sharing amongst local government organisations, the report highlighted confusion around what can and cannot be shared.

Council leaders said the problem is particularly acute around the integration of health and social care, with local partners either ‘unwilling or unable to share data.’ This presents ‘considerable barriers’ to redesigning local council services.

See also: How Camden Council is getting information under control

Ignorance of data protection regulations were cited as being a ‘major issue’ in delaying partnerships, and it was suggested that members of the public service might be hiding behind them to avoid sharing data with other council organisations.

Other issues highlighted by council leaders included being better prepared for the government’s ‘digital by default’ agenda, which aims to move both internal and external services online by 2014.

In the government’s digital strategy, outlined in November last year, it estimated that moving services from offline to digital channels will save over £1.7 billion a year through saving staff time and reducing the number of interactions needed.

Just over 83% of those surveyed said technologies that supported moving customer services online was a priority to them, with 83% already delivering more customer-facing services online rather than face to face.

‘At the same time however, authorities right now are less universal in their commitment to using technology to support channel shift and moving back office systems online, with 58% of respondents considering this approach,’ said the report.

The report cited examples of councils, such as Chesire West and Chester, that have been very effective in improving customer service through digitalising interactions. Both councils have integrated customer input into their back office systems, allowing people to interact directly with individual refuse collectors working in their area to complain about their bins, for example, without having to call the council office.

But it also questioned whether these cases reflect a wholesale takeup of these technologies in the wider local council sector.

‘This issue is illuminated by the responses for the consideration of channel shift to broaden service options, which is much lower at 62%, suggesting that many councils are still at the early stages of this journey,’ said the report.

Among the recommendations that Localis makes, it says that councils need to make sure changes are ‘service led,’ rather than led by technological solutions.

It also suggested that the government look into using apps for local councils that could help with service transformation, such as a ‘public transport app’ that would allow residents to hire vehicles from across the public service fleet for local transport purposes.

‘While there are plenty of good news stories, local government needs to do its bit to highlight the barriers, then work with partners to bust them,’ concluded Steven Howell, senior policy and communication officer at Localis.