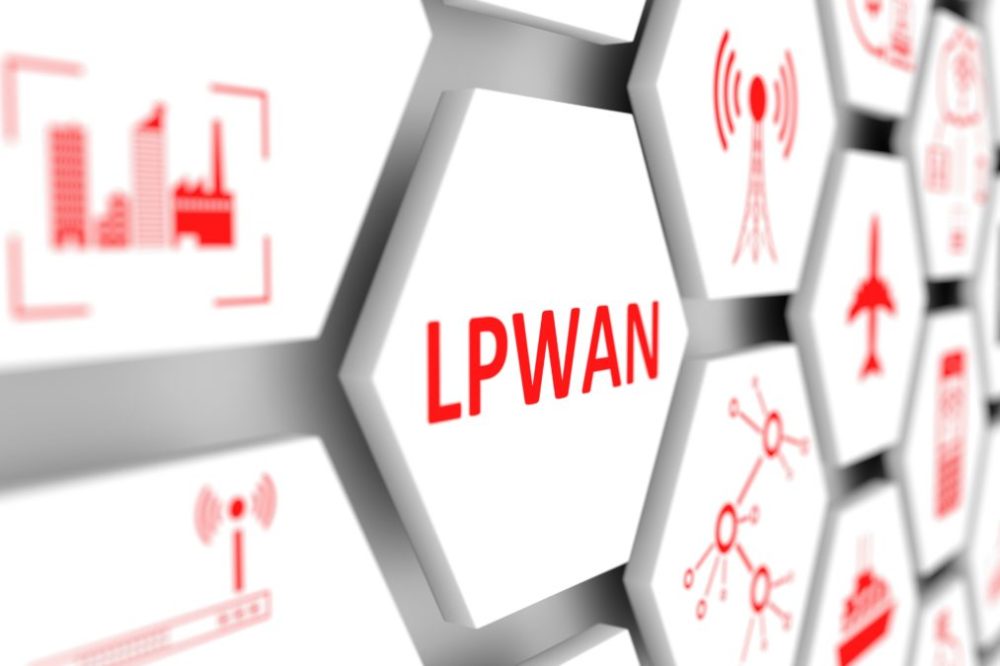 If you’ve been involved in deploying IoT technologies, you’ll know there’s a bewildering amount of IoT connectivity options to choose from. From Wi-Fi, Bluetooth and ZigBee to LPWAN, it’s hard to figure out what’s best for specific IoT project.

If your IoT device sends out lots of data, such as video, high-bandwidth will be critical. Or perhaps your application has a lot of sensors, long battery life will be a must.

However, if what you need is wide-area coverage with relatively low bandwidth, good battery life, low hardware and operating costs, and high connection density, traditional cellular networks may not be the best choice — they do not deliver the right combination of technical features and operational cost.

For this reason, low-power wide-area networks (LPWAN) have emerged as the saving grace for many and according to research from IDTechEx, there will be 2.7bn LPWAN IoT connections by 2029.

But what is an LPWAN?

An LPWAN is a type of wireless telecommunications wide-area network that allows communications at a low bit rate among IoT devices on a battery.

In other words, LPWANs are wireless networks that are optimised for power consumption — they operate on small, inexpensive batteries which last for years — and have a wide are operating range — typically more than two km in urban areas.

A benefit to using LPWAN over cellular networks is that technology sunsetting becomes less of a problem. The continuous evolution of new cellular protocols means that as a generation of radio technology is phased out, devices are discontinued and must be replaced at a hefty cost. Because most IoT devices need to remain on a network for at least 10 years. Therefore, for some, cellular networks just don’t make economic sense. 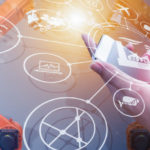 We are in the middle of the fourth industrial revolution. Many business leaders are paying attention to energy consumption and automation, but is 5G the true driver of Industry 4.0?

It’s important to note that LPWAN is not a standard, but a group of technologies that each take different shapes and forms, both proprietary and open-source.

While the first low-power wide-area networks (LPWANs) were based on proprietary technologies, Gartner predicts, in the long-term, emerging standards will likely dominate this space.

According to Gartner, the long-term goal of a wide-area IoT network is to deliver data rates from hundreds of bits per second (bps) to tens of kilobits per second (kbps) with nationwide coverage, a battery life of up to ten years, an endpoint hardware cost of around $5, and support for hundreds of thousands of devices connected to a base station or its equivalent.

Licensed LPWANs operate on public cellular networks via licensed radio spectrum and support the GSM and 3GPP standards. These standards are recognised for facilitating string mobility allowing devices to roam from one network to another in a seamless fashion.

Unlicensed LPWANs operate via unlicensed radio spectrum meaning it is open to anyone. Unlicensed LPWAN is bad at dealing with high speeds and seamless mobility, so is probably better suited to rural operations. 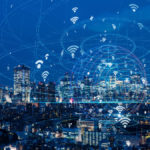 The relationship between network security and the Internet of Things (IoT) has never been easy, but it appears to have reached a tipping point

With so much to choose from, we elected to approach the big players in the LPWAN market, Ingenu, Sigfox and Semtech, to learn about them, their USPs and their latest news.

Ingenu, formerly known as On-Ramp Wireless, was founded in 2008. Ingenu owns RPMA (Random Phase Multiple Access), and holds 32 patents and utilises it for all its network build-outs.

Ingenu’s RPMA is a wireless technology designed and built for machines. RPMA technology is based on Code Division Multiple Access (CDMA) technology for cellular phones but is purpose‐built to serve the unique needs of the 10s of billions of machines and devices that are expected to require connectivity in the next few years.

With RPMA, devices can communicate at great distances while using very little energy. The technology is proven, with independent validation through third‐party research and an installed base consisting of 2,500,000+ devices spread across 38 private networks operating on 5 continents.

According to ABI Research, Ingenu’s RPMA technology has the broadest appeal across diverse use cases and bridges the gap between low-cost LPWA for simple applications to what is anticipated to be high-performance LTE IoT.

“RPMA offers a carrier-grade LPWAN on par with LTE IoT,” commented a spokesperson from ABI Research. “While RPMA was built from the ground up to target the industrial use case, we believe it has proven its capability to tackle applications in the smart cities, smart buildings, and transport and logistics use cases.”

What is Ingenu’s RPMA Platform as a Service all about?

Last year, Ingenu announced that it was refining its corporate strategy to focus exclusively on its core technology and to deliver its RPMA technology solution via Platform as a Service (PaaS).

Additionally, Ingenu promised to transition the manufacturing of its RPMA access points to third-party foreign and domestic manufacturing companies in order to lower costs and streamline operations.

This shift in strategic direction was aimed at expanding the capabilities of its RPMA M2M (machine-to-machine) communication technology, as well as support its PaaS model to deliver IoT (Internet of Things) hardware and software tools to end users.

“Ingenu is well positioned as an industry leader in IoT connectivity, as demonstrated by the adoption of RPMA technology by operators and ecosystem partners across the globe,” said Babak Razi, Chief Executive Officer, Ingenu.

Sigfox is the initiator of the 0G network and one of the world’s leading IoT service provider. Its global network, available in 60 countries with 1 billion people covered, allows billions of devices to connect to the Internet, in a straightforward way, while consuming very little energy.

Answers by Christophe Fourtet, Co-Founder and CSO at Sigfox

What is the 0G network and how does it differ from other IoT networks?

The 0G network connects billions of devices to the Internet while consuming as little energy as possible. Unlike traditional IoT networks, the 0G network specialises in the seamless transmission at a Worldwide scale of small amounts of data over long ranges without sacrificing quality.

As a result, batteries in 0G-connected devices can last up to up to 20 years or even more, an impressive feat in comparison to other network options that only last months.

The network offers a solution to three of the critical barriers to IoT adoption – cost, energy consumption and scalability – and make the IoT accessible to more organisations and industries than ever before.

Sigfox stands out from others in the space by enabling device makers and/or application designers to create an object with control over the level of consumption and autonomy relevant for that use case, without allowing influence from the network.

Organisations in new industries can benefit from the 0G network because they are often charting new territory. Without established industry best practices to model their strategy on, organisations navigating new markets benefit tremendously from data derived from IoT devices that provide insights into business challenges and opportunities. At the same time, most have limited resources to put behind modern data strategies – which is why a cost-effective solution, such as the one offered by the 0G network, is so attractive.

Why did Sigfox open Radio Specifications for Connected IoT?

We released our radio specifications to enable any manufacturer, developer or engineer to build and register products on the Sigfox network. As with the introduction to the 0G network, our decision to open these specifications stems from our goal of increasing the number of connected objects and expanding IoT adoption. Through the opening of the specification, we aim to enable thousands of new use cases for the IoT in the coming months.

Semtech is a leading supplier of high-performance analogue and mixed-signal semiconductors and advanced algorithms.

Through its advanced technology platforms, Semtech is enabling mission-critical applications for three of the industry’s fastest growing markets: IoTs, data centres and mobility.

What is The LoRa RF platform and how does it differ from other IoT networks?

What makes LoRa different to other IoT network solutions is that it can penetrate dense environments – including multiples of buildings – and deliver robust signalling at ranges up to 20km. Just a single LoRa-based gateway can accommodate around 1,000 sensors for reliable, low power consumption with a battery life of 10+ years and low maintenance IoT-based communications that provide highly secure data transmission.

In summary, LoRa offers a solution for data management in rural and indoor applications where cellular and Wi-Fi/BLE-based networks are simply ineffective.

The LoRaWAN open specification is a LPWAN protocol based on LoRa Technology. Designed to wirelessly connect battery operated things to the Internet in regional, national or global networks, the LoRaWAN protocol leverages the unlicensed radio spectrum in the Industrial, Scientific and Medical (ISM) band. The specification defines the device-to-infrastructure of LoRa physical layer parameters and the LoRaWAN protocol, and provides seamless interoperability between devices. While Semtech provides the radio chips featuring LoRa Technology, the LoRa Alliance™, a non-profit association and the fastest growing technology alliance, drives the standardisation and global harmonisation of the LoRaWAN protocol.

Currently, Semtech’s LoRa technology is being implemented in more than 600 use cases around the world in a vast range of industries.

As mentioned, it is the ideal solution to facilitate the development of smart cities and intelligent homes and buildings, but it is also finding a large number of deployments in such varied sectors as smart agriculture, smart supply chain and logistics, smart metering, smart healthcare, smart industrial control and, of course, smart environment where LoRa can be used to measure and report on environmental indicators to detect issues before they become major problems. Whether monitoring air quality or detecting radiation leaks, LoRa-based IoT smart environment solutions help to protect people and safeguard the planet.

The potential uses for LoRa are virtually endless, with the technology at the very heart of the rapidly expanding IoT market. The technology can be used by public, private or hybrid networks and can easily plug into existing infrastructures, making it the most adaptable, scalable and user-friendly IoT-based communications technology in existence.

What is the LoRa alliance?

The LoRa Alliance is an organisation that is committed to enabling large scale deployment of LPWAN IoT solutions through the development and promotion of the LoRaWAN® open standard, the premier solution for global LPWAN deployments.

The alliance is a non-profit association of over 500 member companies who benefit from active contributors offering solutions, products and services, creating new and sustainable business opportunities.

At the time of writing, there are over 100 countries with LoRaWAN deployments and through standardisation and an accredited certification scheme, the LoRa Alliance delivers the interoperability needed for LPWAN networks to develop and expand.