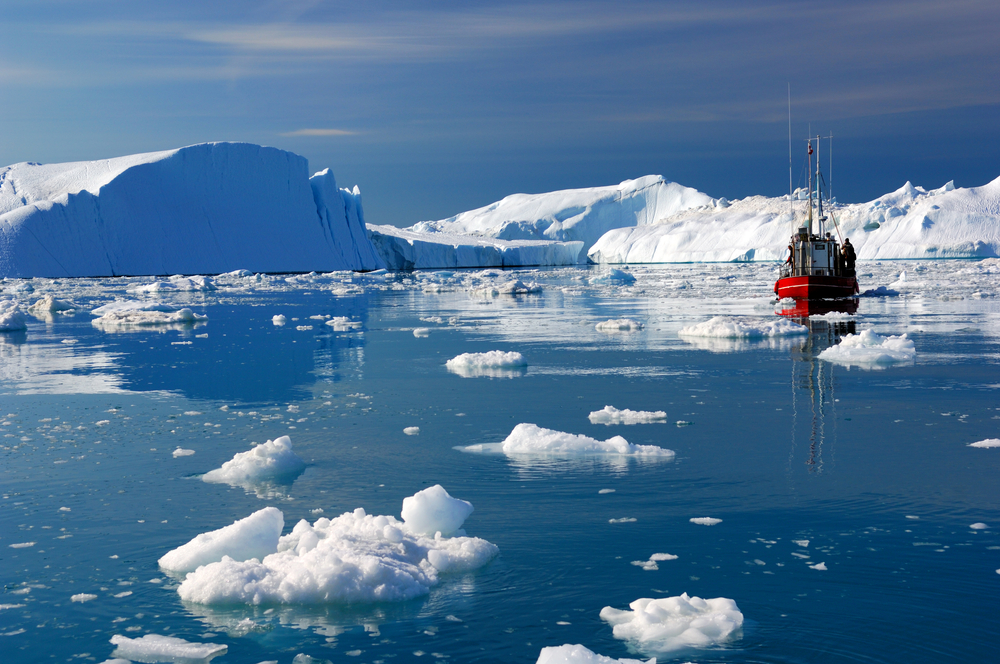 Ten years ago, expensive ground-based climate change equipment was unconnected. In one case a forty mile hike into the Siberian wilderness was required to recalibrate a device and take readings. Aside from manually operated equipment, very expensive NASA satellites were the primary means of data acquisition, but this was not helped in 2009 when NASA’s $273 million Orbiting Carbon Observatory crashed into the ocean three minutes after launch.

In contrast, today’s greatly expanded sphere of M2M connections and applications now includes a US Government programme for acquiring data on melting Arctic ice. The Marginal Ice Zone (MIZ) programme is an initiative of the US Office of Naval Research and uses sensors to acquire data transmitted to Iridium’s satellite constellation.

The programme uses a variety of devices to measure ice layers, movement of sea water and other conditions such as salinity, temperature and oxygen concentration on a transect 400km north of the ice’s edge in the Beaufort Sea. The area of the ice covering the Arctic Ocean has been shrinking for years. One estimate puts this at 11% per decade for the last 35 years. An increasing ice-free area, combined with greater mobile ice cover, impacts its interaction with the atmosphere and the ocean. Data acquired by the project will be used to increase understanding of these processes and implications.

The MIZ programme includes a number of elements: weather stations and sensor-laden devices on the ice’s surface or buried in holes in the ice that will drift with the ice until it melts; robots using ingenious propulsion systems that navigate on the surface, underwater and under the ice; an underwater communication system modelled on whale communication; and ice-based navigation beacons. While it is definitely not a typical B2B satellite application, the programme’s existence demonstrates increased government and scientific awareness of the potential of commercial M2M technology.

> See also: The I in IoT: the next chapter in the story of the internet

Tracking melting ice in the Arctic is an extreme example of M2M environmental monitoring, from air and water quality through temperature, humidity and other weather measurements to monitoring flood plain and soil parameters and even radiation levels. Fixed locations may communicate using short-range wireless technology but M2M satellite networks predominate in remote regions and wherever cellular, terrestrial coverage is poor.

Aside from continued growth, two things stand out in today’s M2M satellite industry. There is increased interaction with M2M solution providers that now offer satellite connectivity and the use of dual-mode terminals that seamlessly switch between satellite and cellular connectivity. This change is characterised by the broad partnership agreement between Orbcomm and Inmarsat.

Futhermore, satellite technology has moved a long way. Whenever an older satellite constellation is retired, its replacement reflects the evolution of technology. A satellite of the same size as its predecessor has greater processing capabilities and memory with corresponding improvements in latency and coverage. These changes are reflected in terminals, too. For example, Inmarsat’s BGAN terminals are getting smaller and lighter with reduced power requirements. Aside from reducing costs for customers, new applications are opened up, adding to an expansion of the market.

Satellite connectivity has become more central to M2M in today's Internet of Things era. And this trend looks to continue as more devices become connected to provide powerful applications at lower cost.

As ice continues to melt, with major global consequences, M2M environmental monitoring will play a growing role in understanding the changes and their implications. Scientists and governments are not nearly as oblivious to the advantages of commercial M2M as they once were. The challenge now is how to manage a growing deluge of data, but that’s another topic.